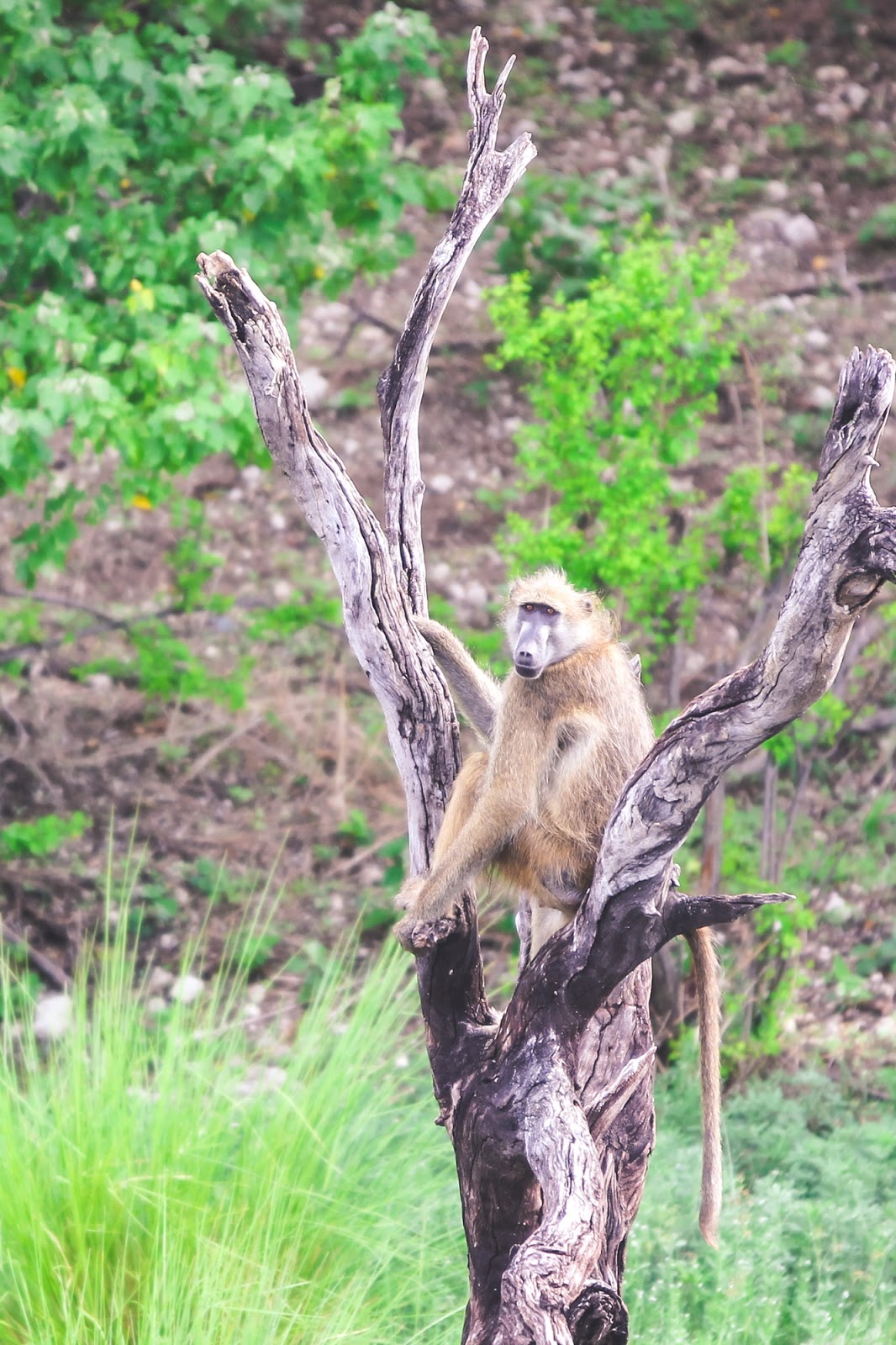 Our first stop during our whirlwind trip (and my first Africa national park ever) was Chobe National Park in Botswana. Chobe National Park is located in northern Botswana and is Botswana’s first national park, becoming a national park from a game reserve in 1967. The national park covers 4,517 square miles (Connecticut is 5,543 square miles for comparison) and is home to one of the best game viewing in all of Africa.
From Johannesburg, I flew into Kasane Airport which sits just outside the northern most part of the national park. Lyndon was already in Kasane for a couple of days for a conference, so he was waiting for me at the airport. At this point, I have been traveling for what felt like days so I was ready to finally be “on safari”. From the airport, our driver from Chobe Game Lodge picked us up in her open vehicle and we headed into Chobe National Park towards the lodge.
According to Lyndon, I got incredibly spoiled during my first transfer. Transfers are just exactly that, they are either taking you to/from the airport or to your next lodge or destination. On this transfer, we saw elephants, giraffes, hippos, impalas for days, warthogs and even a dung beetle. We almost missed our first official game drive (the river cruise) because we stopped so many times to take pictures of all the animals. I felt like a kid excitedly pointing to animals and saying their name, “elephant!”, “giraffe!”… kind of like what toddlers do when they see a dog, “puppy!” I saw more wildlife during that transfer than some of our game drives. Only bad thing was that since I thought we were just driving to our lodge, I wasn’t expecting to see so many animals so my cameras were packed away in my bag. I did manage to finally unpack them towards the end and got a few shots in. 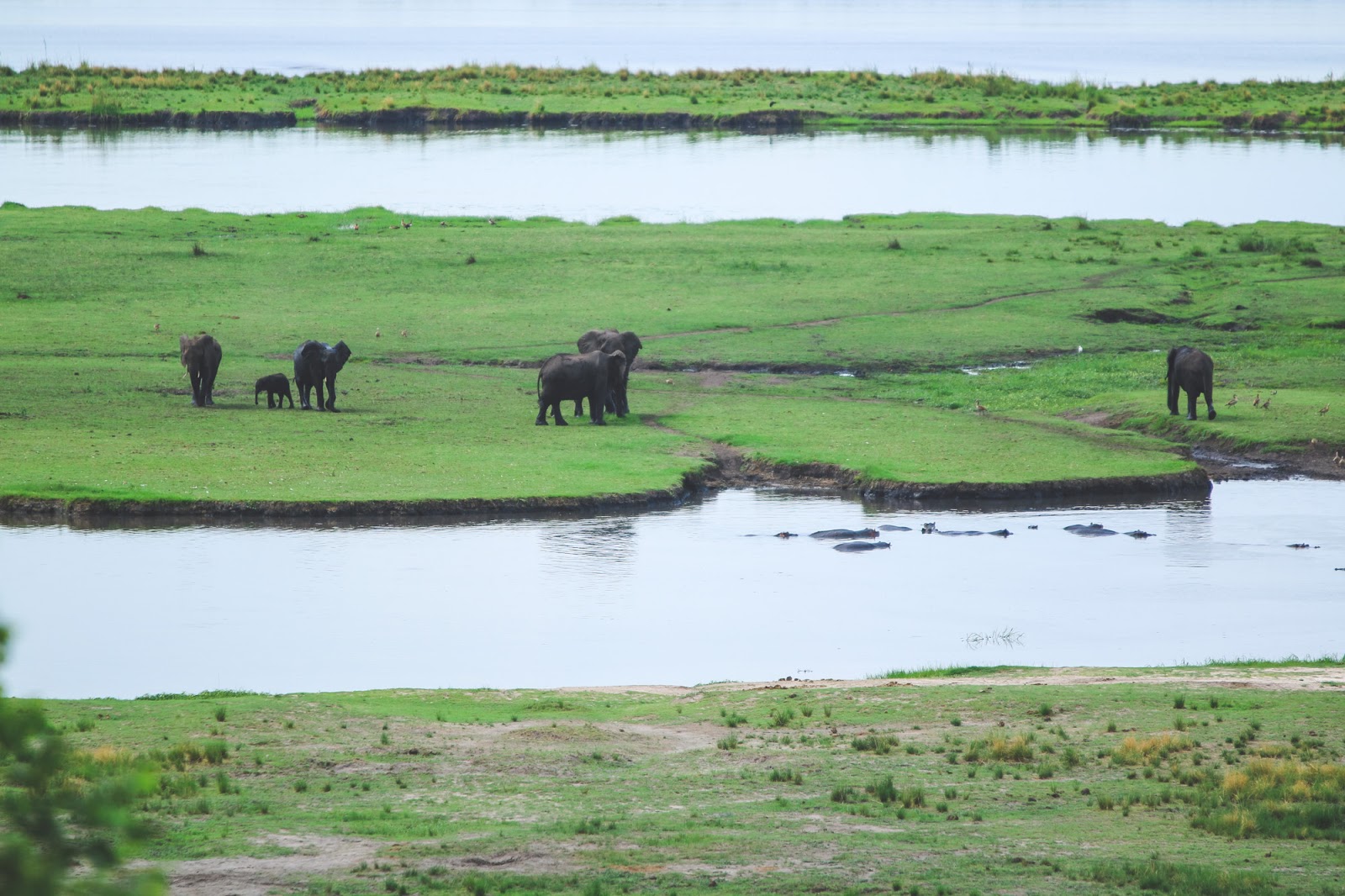 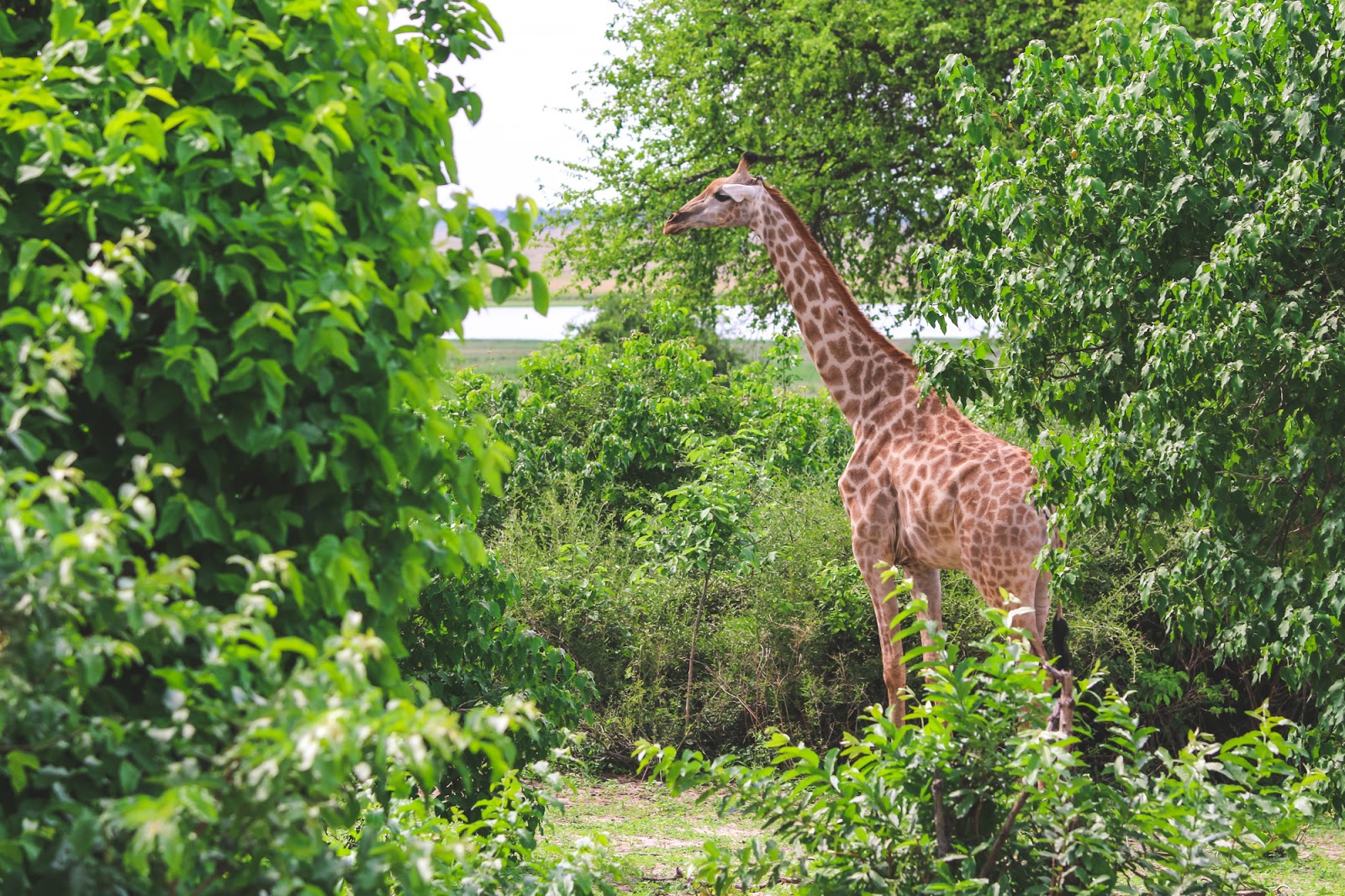 After finally arriving at Chobe Game Lodge, we quickly went to our (gorgeous) room to freshen up a bit before our Chobe River Cruise. The Chobe River has many names, it is the Cuando River through Angola and Namibia, the Linyanti River below that, and to the east, it is the Chobe River before it turns into the Zambezi River. Chobe Game Lodge sits right on the river and offers river cruises as one of their game drives. It’s a nice relaxing alternative to a typical vehicle game drive and a great way to start or end your safari vacation.
We were on the boat with a guy from Florida, a couple (newlyweds) from Botswana, and our guide, Connie. The boat was electric which I thought was a nice touch and seated us comfortably with plenty of room to walk around to get the perfect angle. We had all kinds of drinks and snacks on board and I thought to myself, I could definitely get used to this. Even from the boat, we could see all different kinds of wildlife including elephants, African fish eagles, crocodiles, and hippos to name a few. We even saw a float of crocodiles in the water eating an elephant carcass that a pride of lions had killed. And speaking of lions, we saw a couple of lions in the distance and Connie asked us if we wanted to head back to the lodge and hop in one of the vehicles and to try to find the them… of course we all said, heck yeah!
By this time, the sky was starting to look ominous. December, which is their summer, is known as green season. It’s when it rains and everything is plush and green. When we got back to the lodge, we all hopped into the vehicle and took off to where we saw the lions from the boat. Connie was booking it through the national park, and my adrenaline was sky high as we were trying to find the lions before they head deep into the park. Connie started slowing down and to our left, behind some thick greenery, you can see a male lion just relaxing. It was hard to get a picture cause he was still pretty far away and behind a bush, but seeing my first lion in Africa was pretty exciting. We stayed there for a good while just admiring his beauty and presence… until the sky opened up.
Connie handed everyone a poncho and I quickly put mine on and used it to also cover my camera bag. While the vehicles have a “roof” on them, it’s mainly used as shade so we were getting soaked. It was like that scene in Forest Gump, we were getting hit with little bitty stinging rain, big ole fat rain, and lots of rain that flew in sideways. At this point, I just kept my head down to avoid getting rain in my eyes and every turn Connie made, I would get soaked with the rain water coming off the roof. I could not wait to get back to the lodge but then Connie stopped and I heard her say “…lion”. I looked up and couldn’t see anything until Lyndon pointed right next to the vehicle, maybe 5 feet away, a pride of lionesses just sitting by a bush in the rain. They were so close! And not even fazed by the pouring rain. I didn’t want to chance my DSLR in the rain, so I just took a couple of pictures with my iPhone and of course, posted it on Instagram Stories.
After we got back to our room, soaking wet, a thought came to mind… this was only day one! 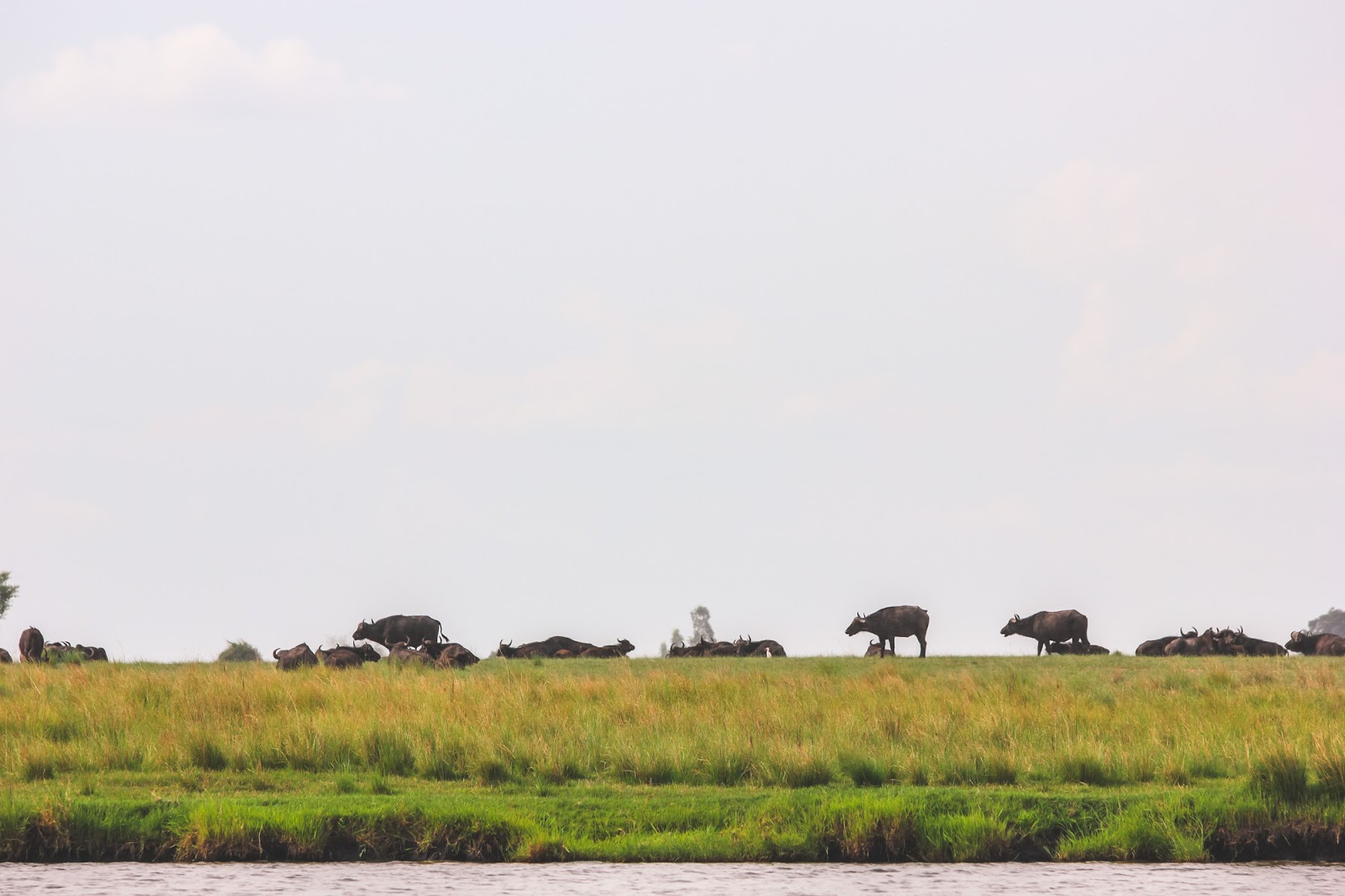 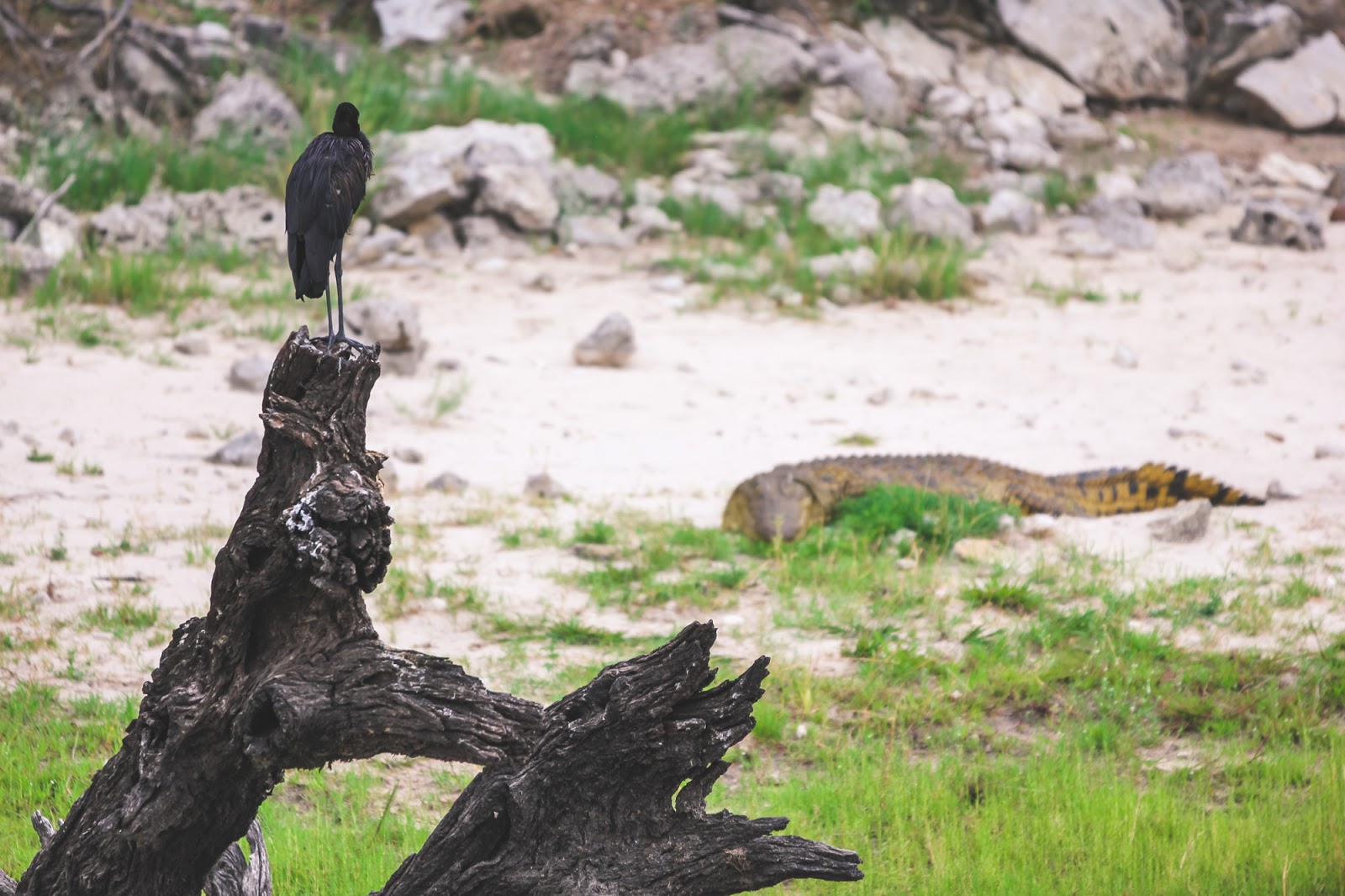 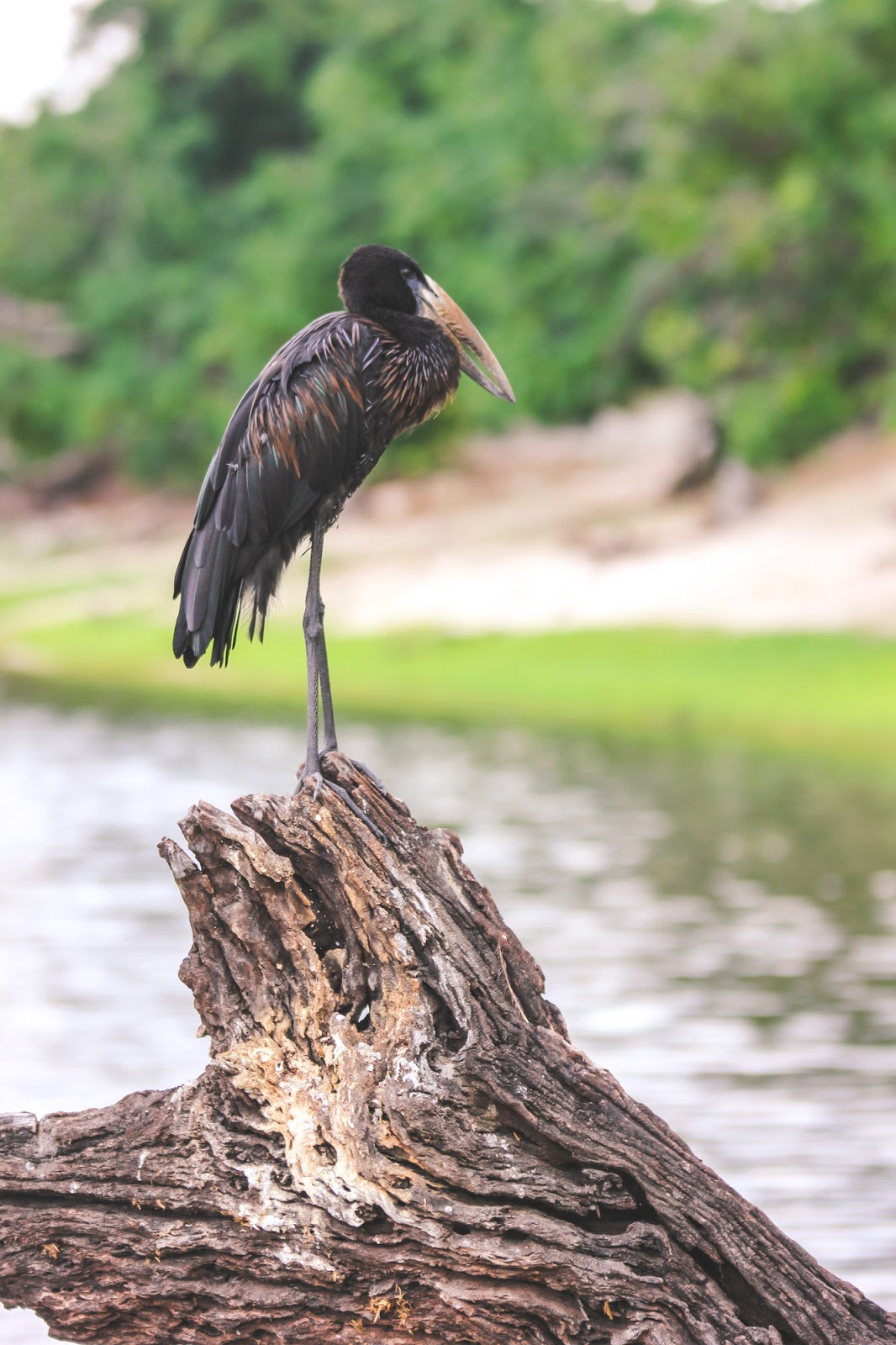 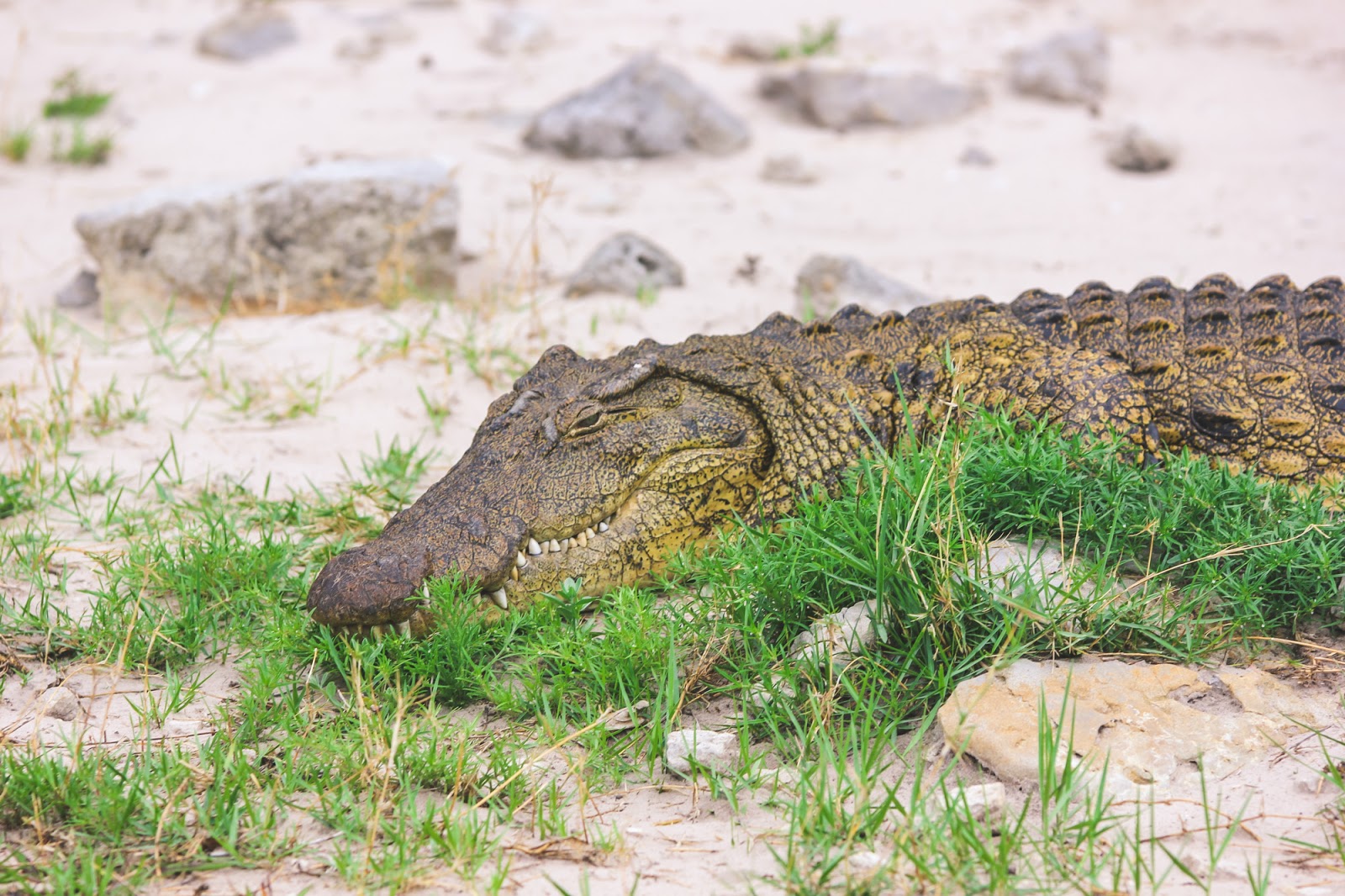 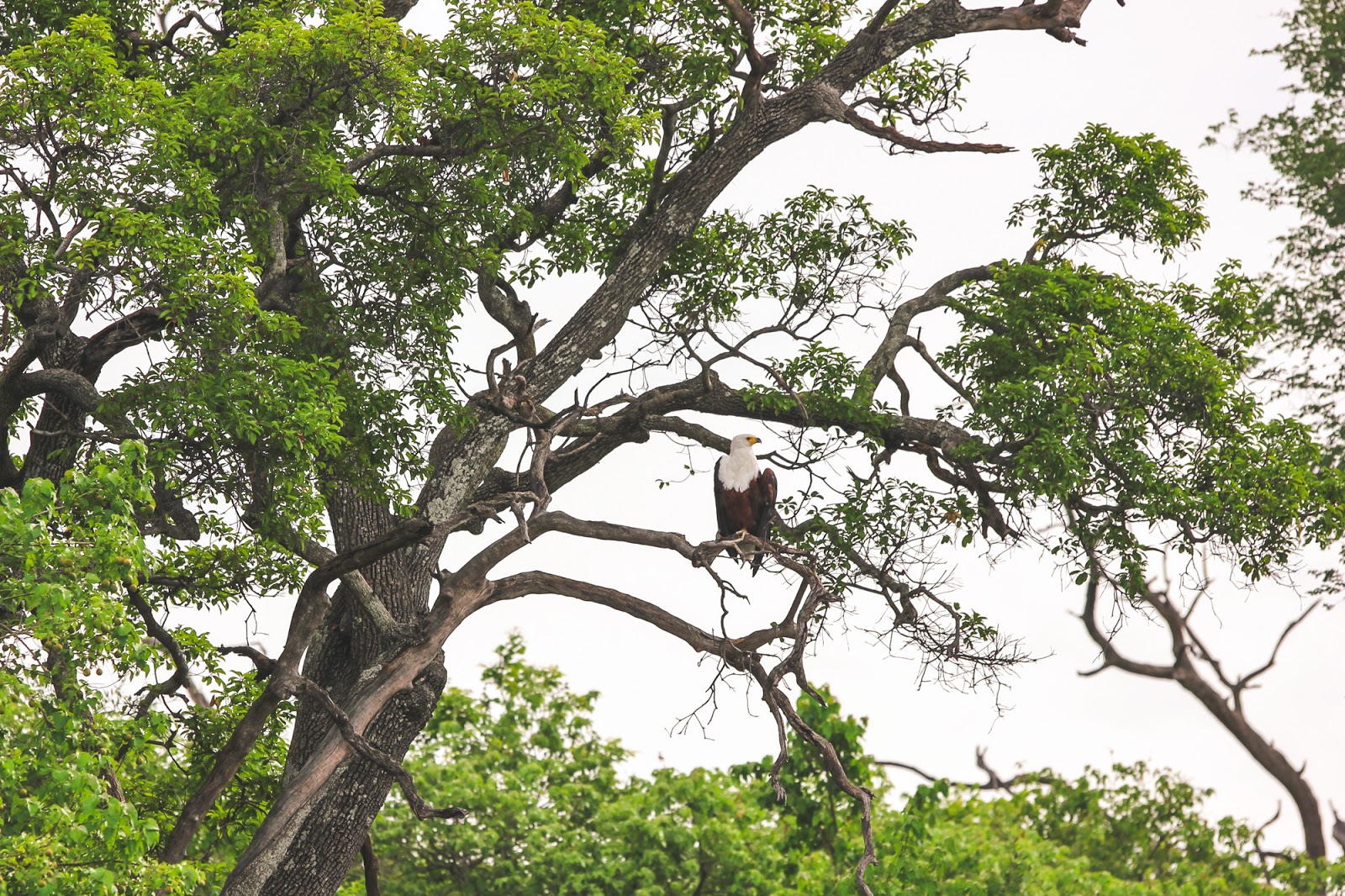 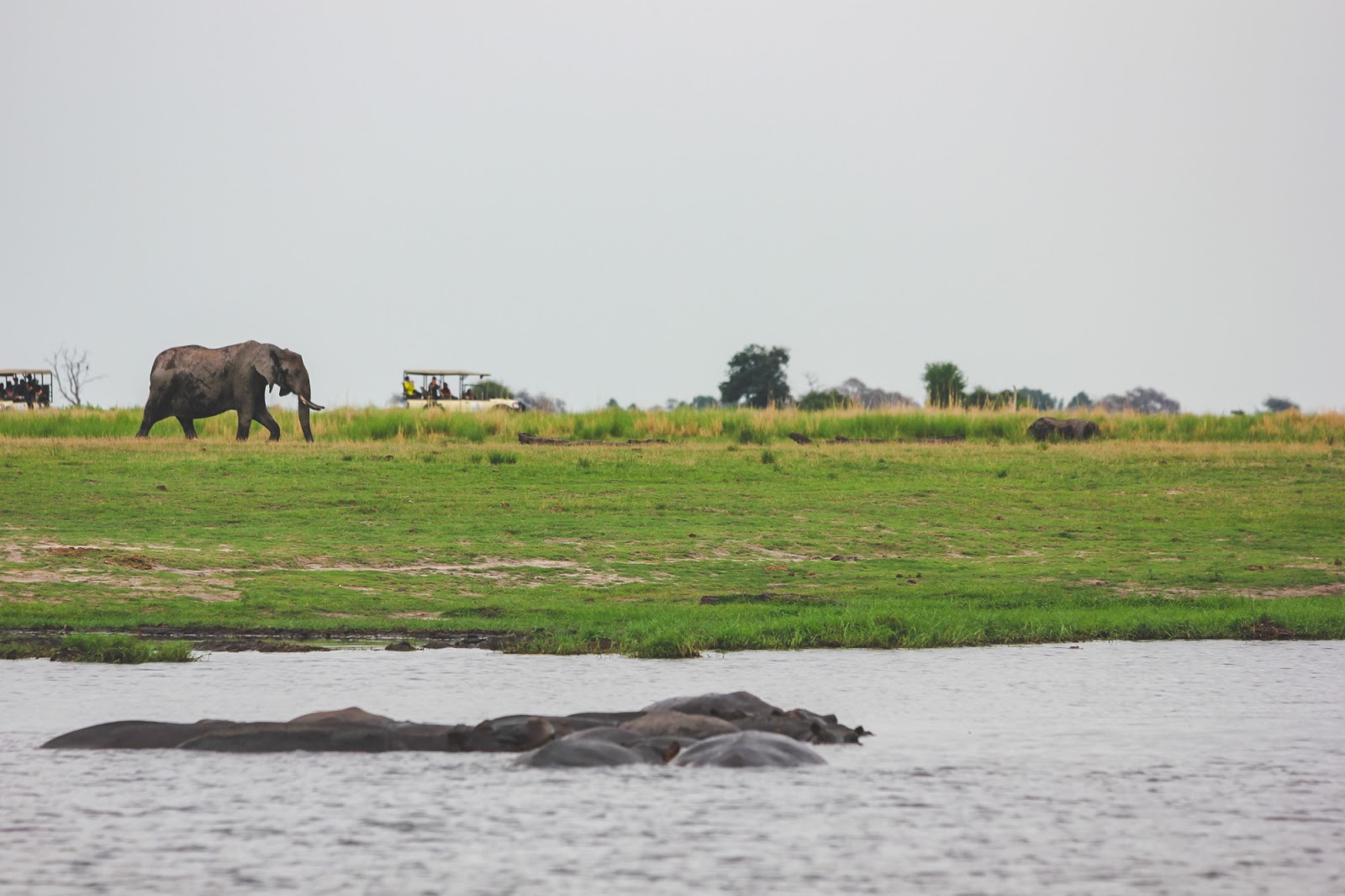 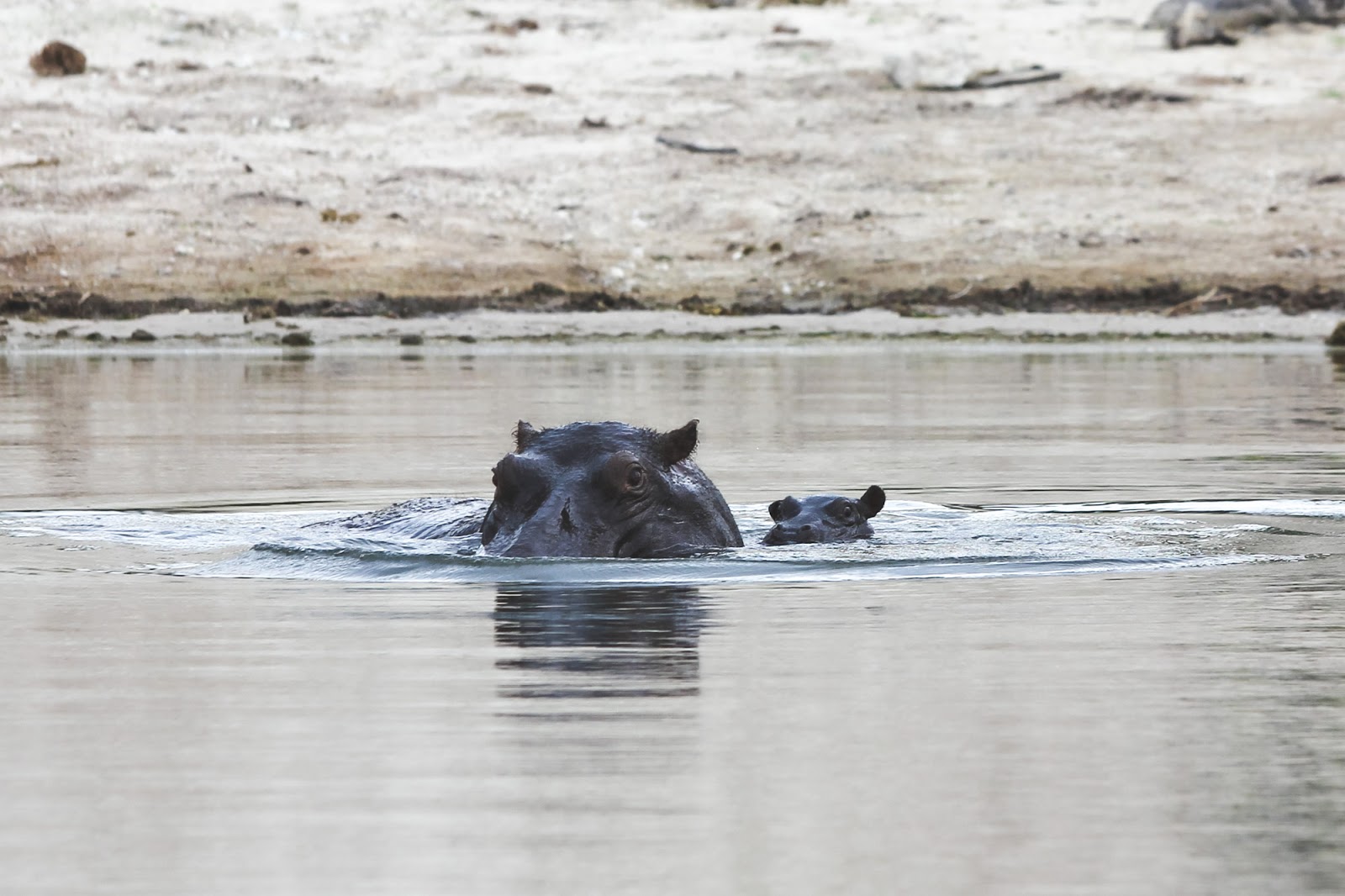 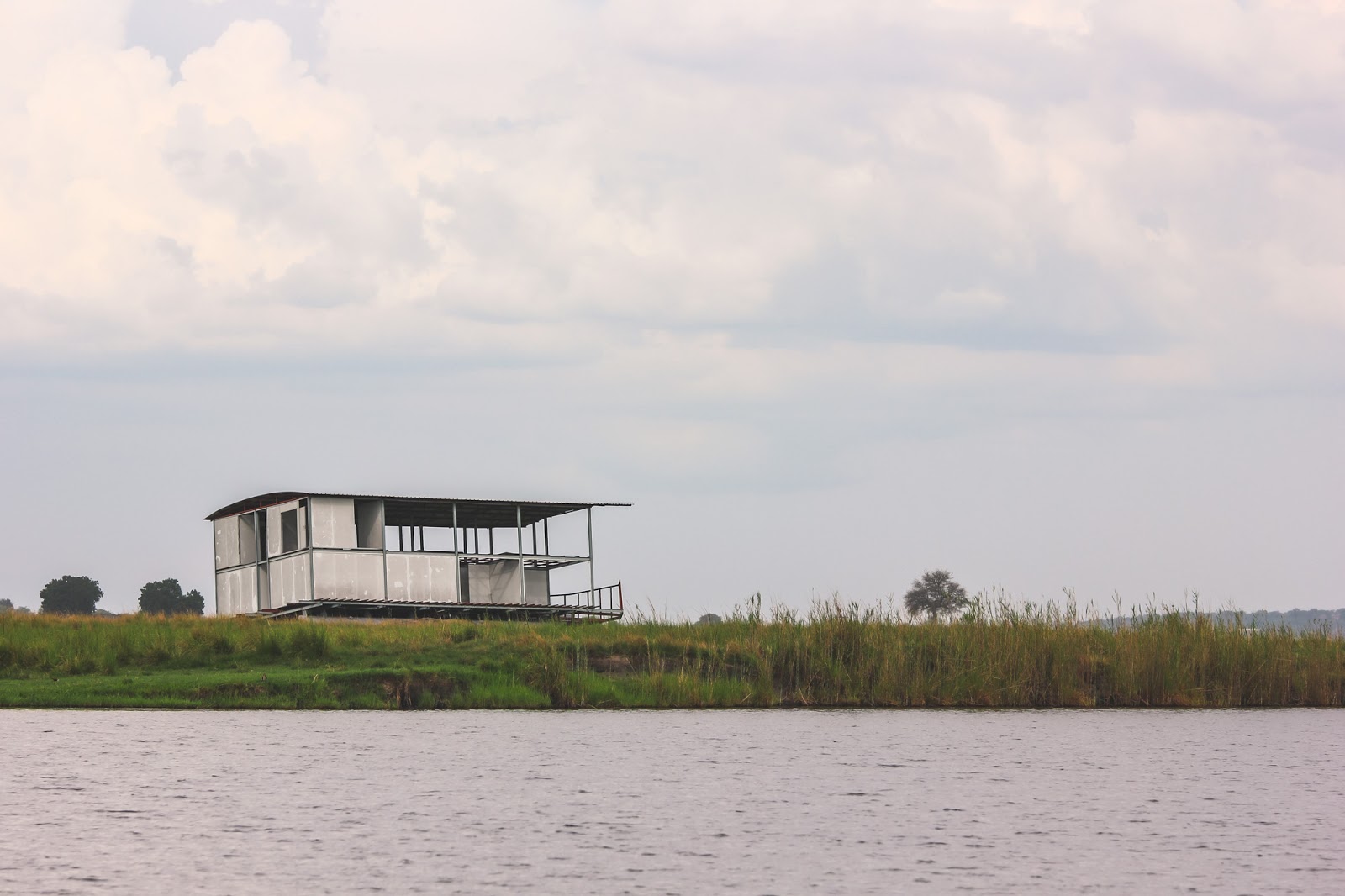 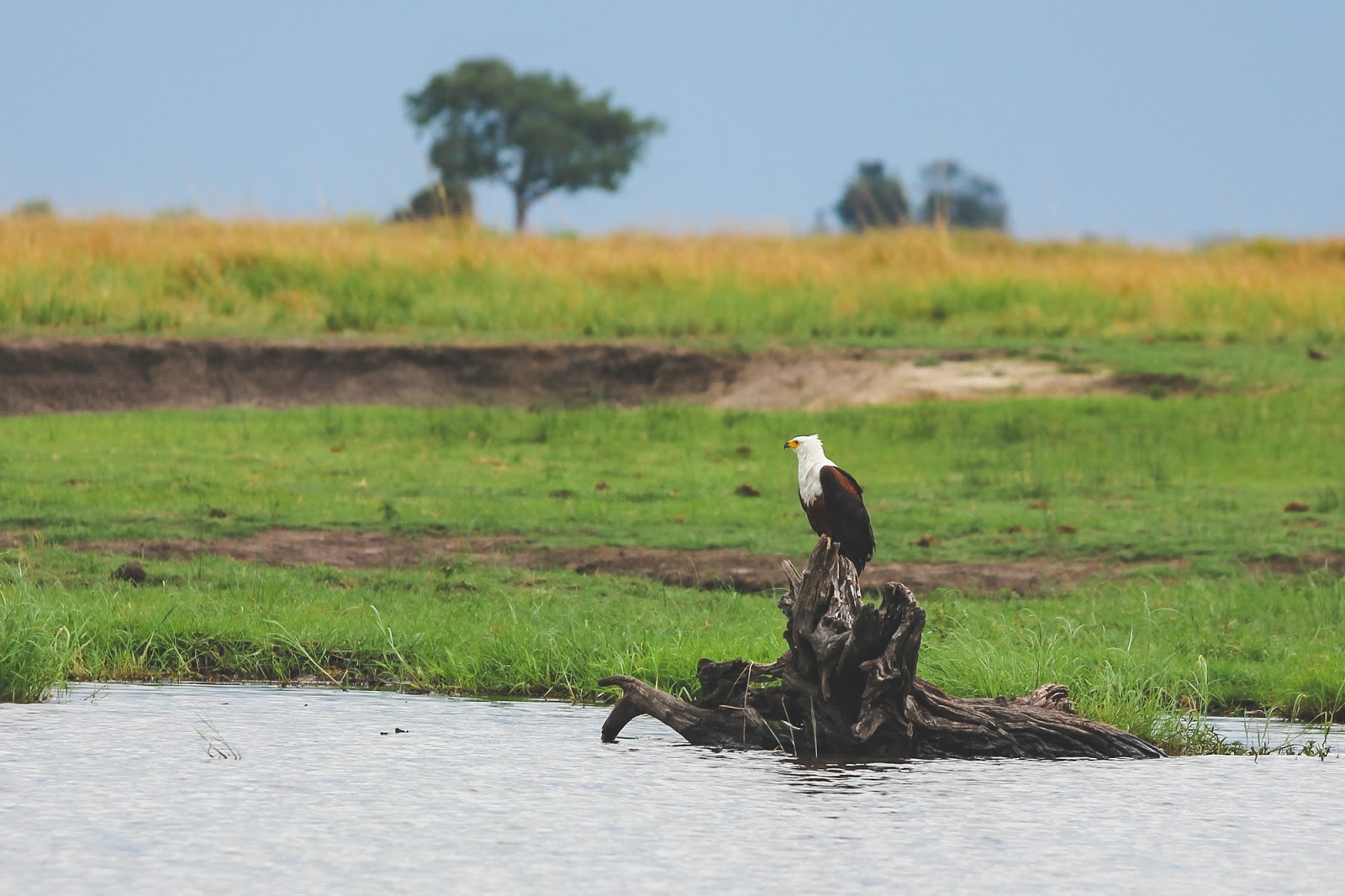 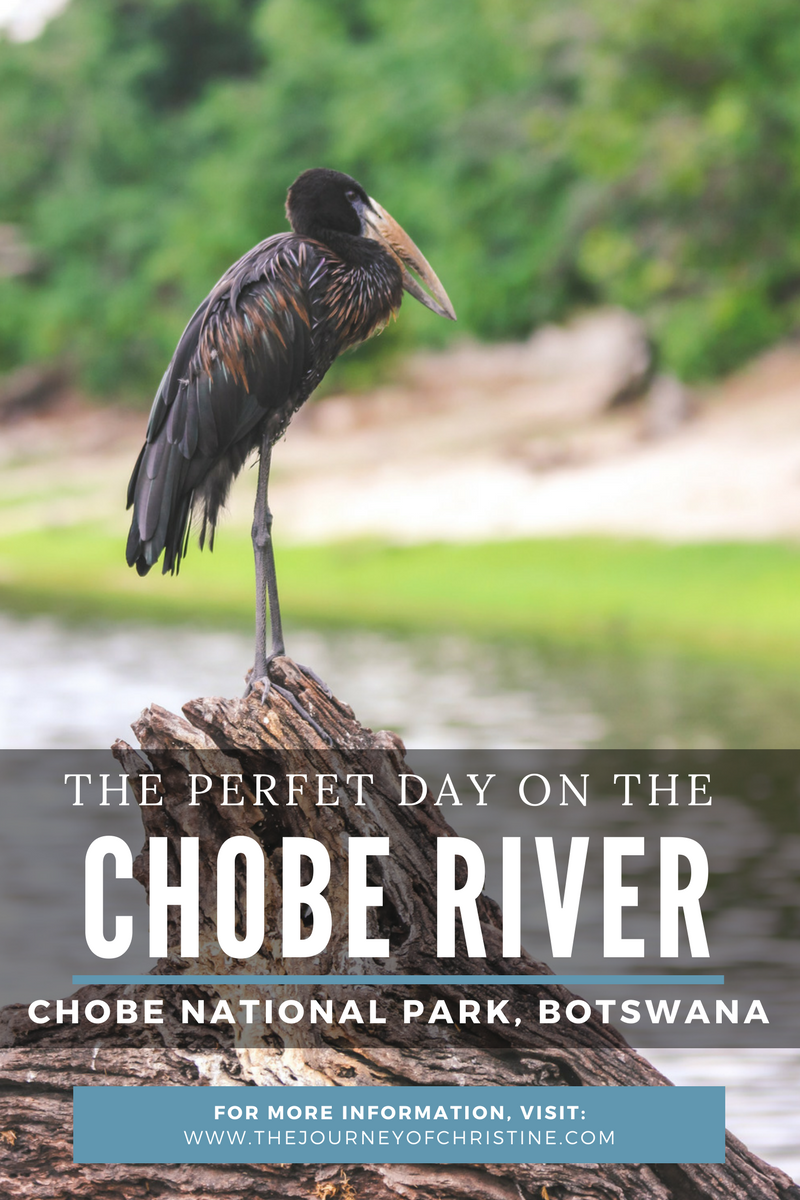