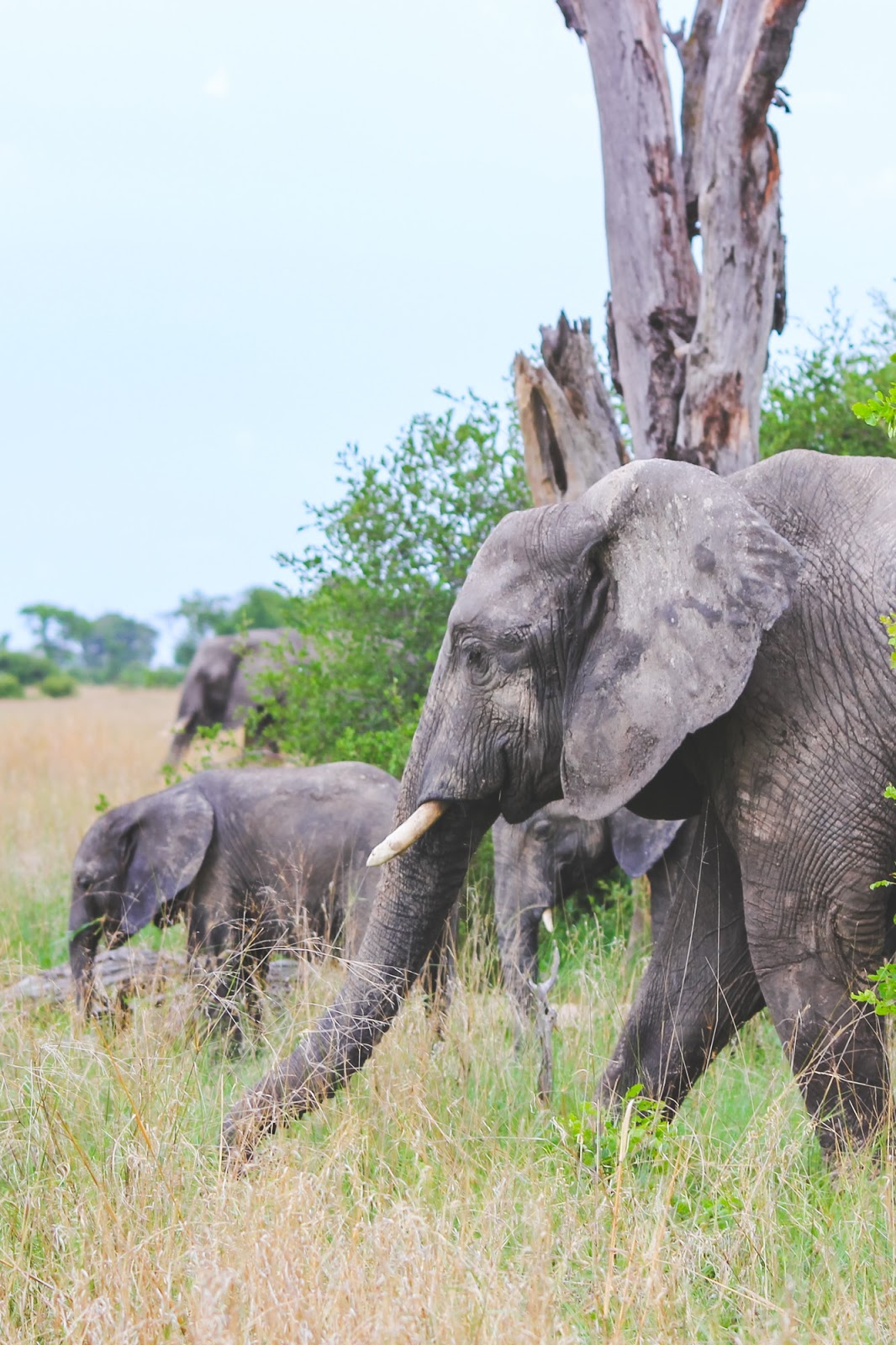 So when is the best time to go to Africa? In reality, there’s no bad time to go and no two trips are alike, so while they still have peak, shoulder, and low season, don’t let that limit you. Each season has its own pros and cons with the pros outnumbering the cons in all three seasons. Some people are lucky enough to travel whenever they want to, but other people are limited to school holidays or work vacation days, either way, there’s an Africa safari trip out there for you.

Lyndon and I went to Botswana, Zimbabwe, and South Africa in the beginning of December and while that is considered the beginning of low season, we still saw so many beautiful animals (and their babies). So while I didn’t get to see the massive watering hole gatherings that occur during peak season, I did get to see a baby zebra, days old, next to his mom.

In African safari jargon, their seasons are also known as dry season (peak season) and green season (low season). Dry season is during the winter months when it’s, you guessed it, dry, and vegetation is scarce. Green season is during the summer months when the rains bring life back to the forests and plains. Because of the abundant of grass and leaves in green season, a lot of animals give birth during this time. The lush greenery also helps with protection. Moms can hide their babies in thick bushes, hiding them from lions, dogs and other predators.

We were lucky enough to see so many baby animals while in Africa, especially in Hwange National Park in Zimbabwe. In addition to all the babies, we also saw a handful of expecting mothers. Some look like they were ready to pop! One of our guides told us that we could possibly see one give birth if our timing was right, but we never got that chance. Did you know African elephants’ gestation period is 22 months? And I thought 9 months was long. Which one of these babies is your favorite? Mine has to be the cute baby hippo. When we first drove by this adorable family, mother and baby were just chilling in the water (like they usually do during the day), but when we saw them again on our way back to camp, the baby got curious and got out of the water. I was freaking out cause I absolutely love baby hippos! Our guide told us that we were probably the first guests to ever see this baby out of the water since he/she was only about two months old. Some people leave Africa happy they got to see lions and leopards, I’m happy I got to see a baby hippo.

Each season is unique and offers a different experience. Whenever you do decide to go on safari, I can almost bet you’ll have an amazing time. Most of my past travels have been to Europe, I love photographing the unique architecture and charm European cities have to offer, but after a day or two on safari, Africa stole my heart. 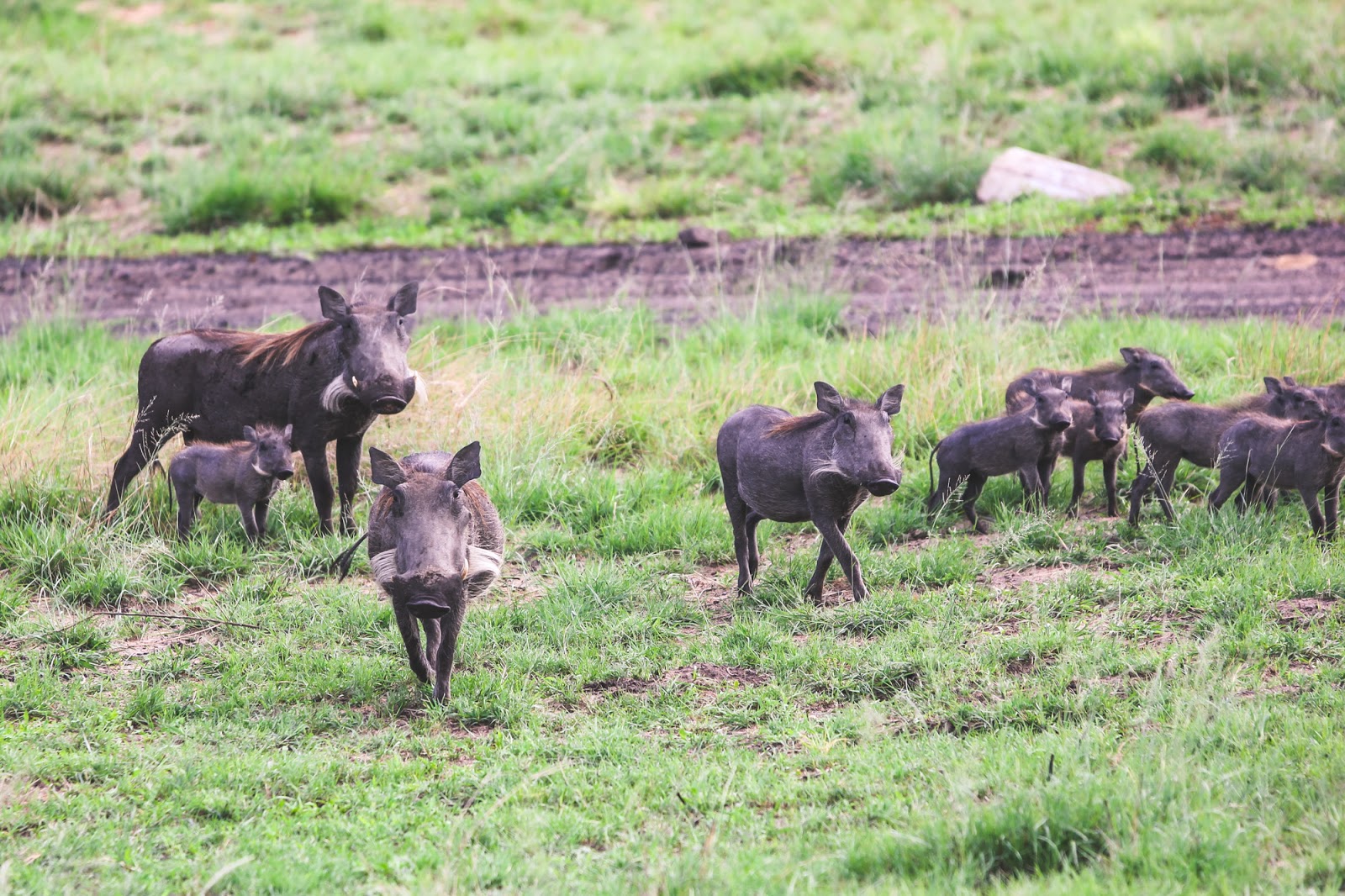 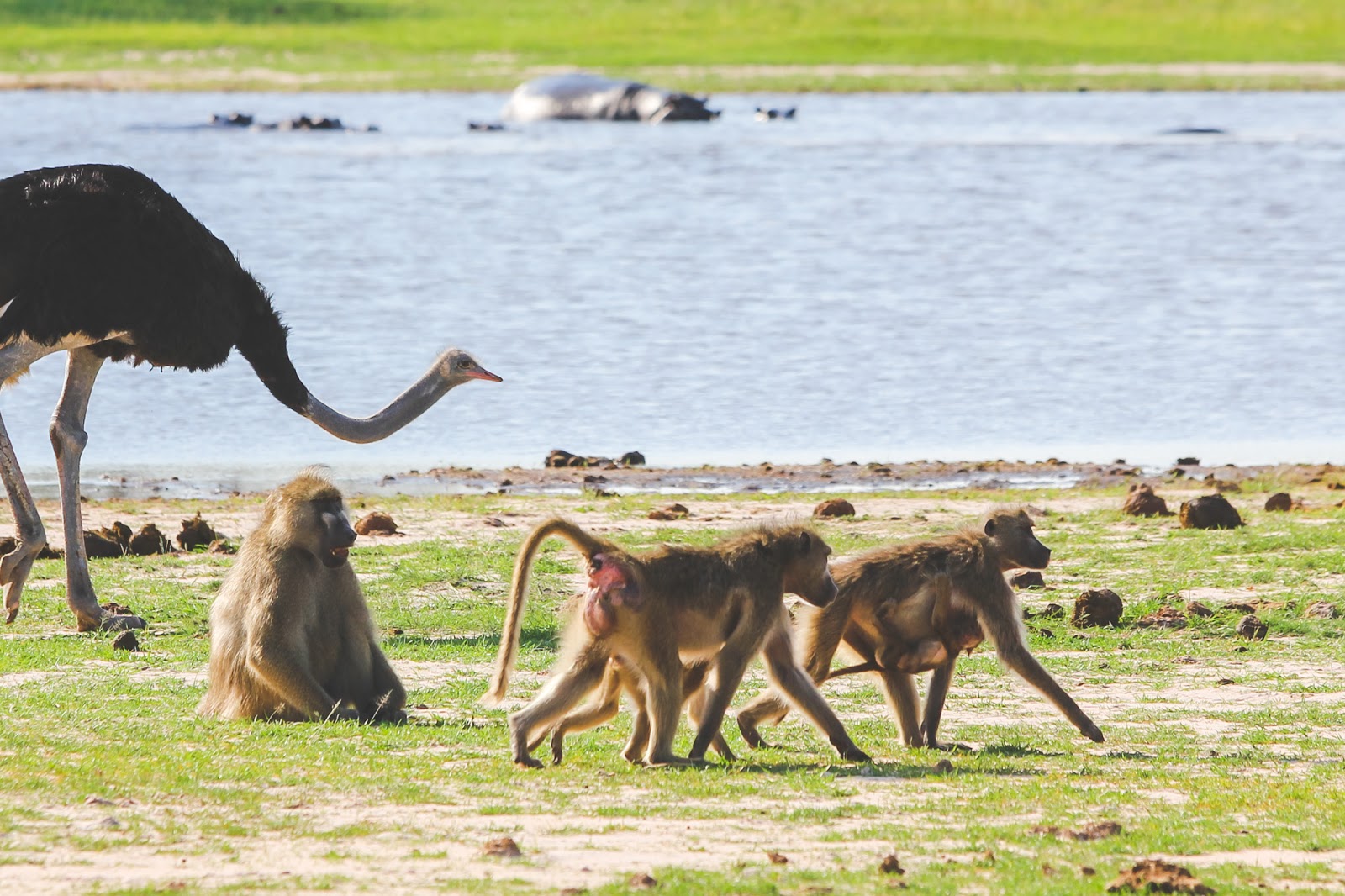 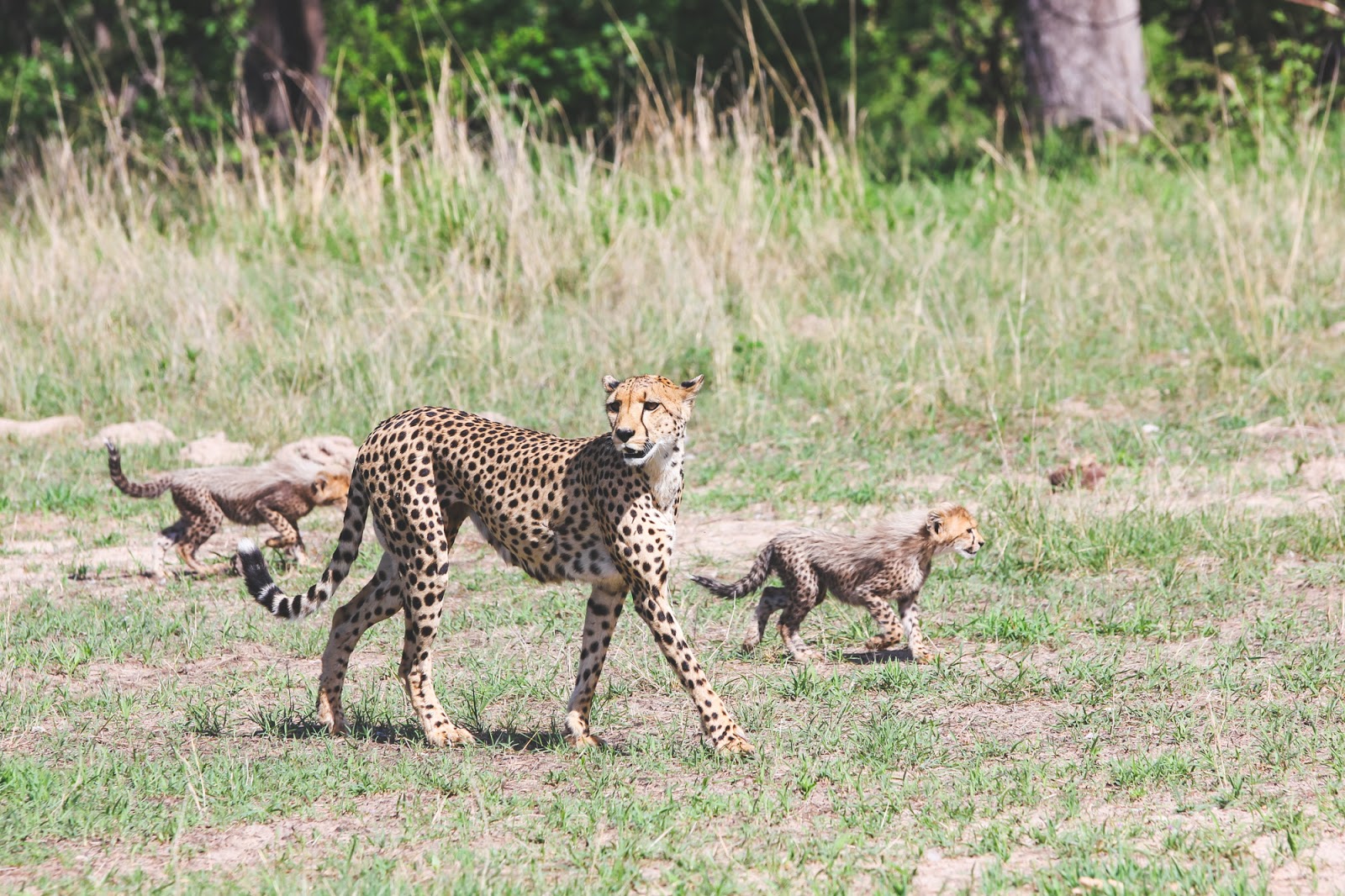 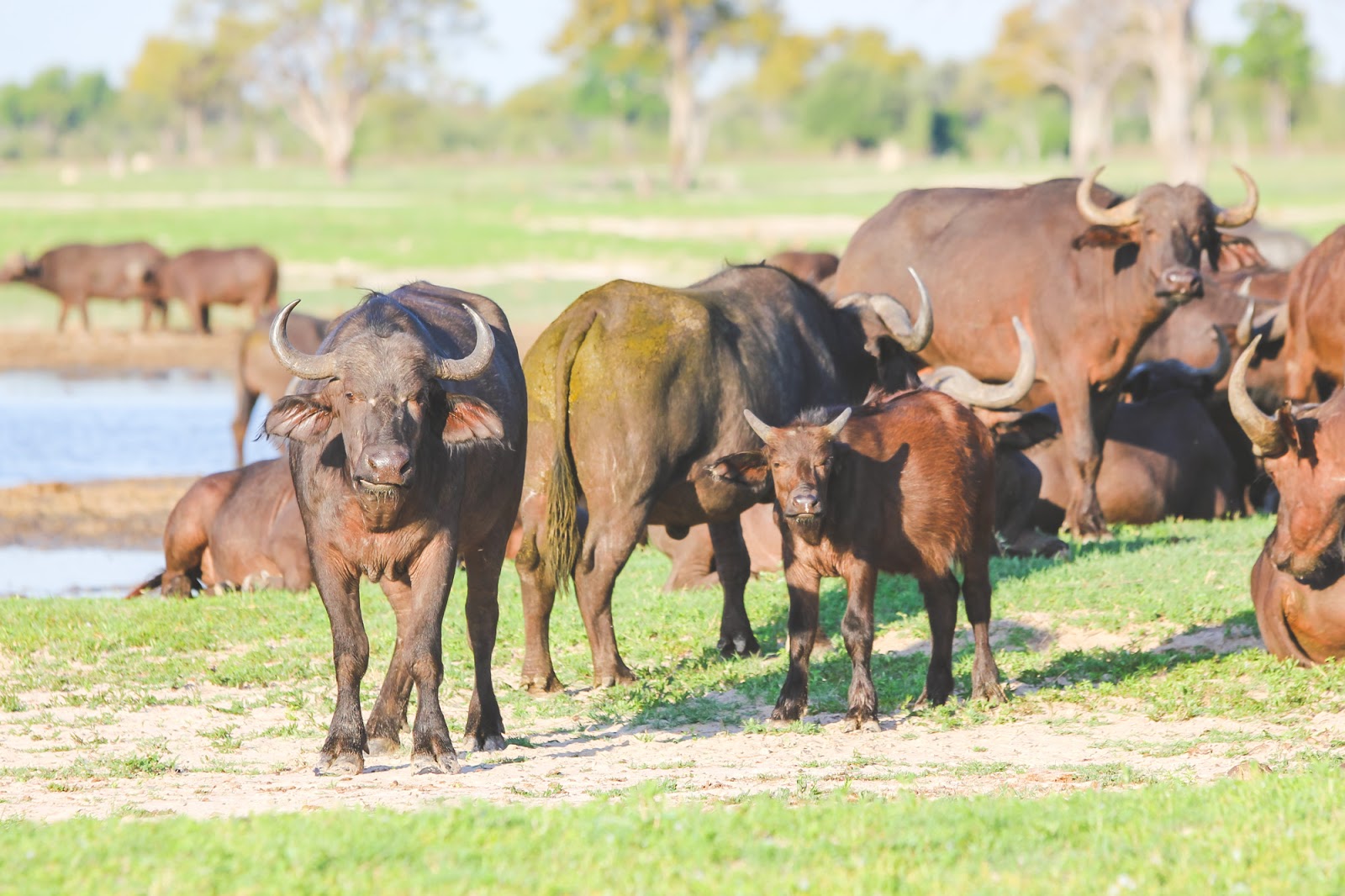 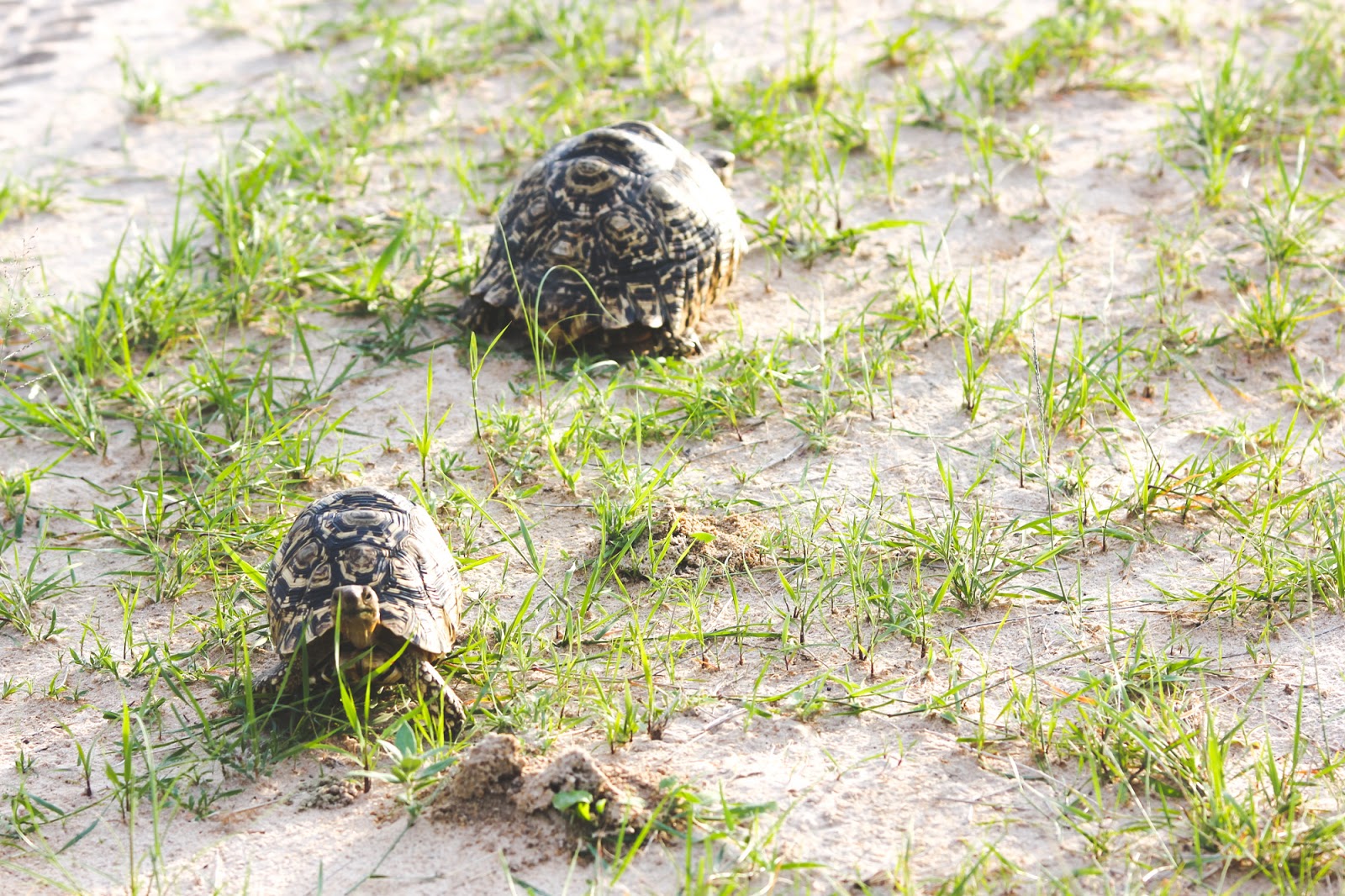 With limited water around the national parks, watering holes and rivers are packed with wildlife
Game viewing is easier due to the thin foliage and lack of tall grass
Because of the cooler temperatures, animals are active longer
There are less mosquitoes (and reptiles for those of you scared of snakes like I am)

Definitely the most expensive time to go, think $900/night vs. $500/night
Some areas are super crowded during this time with multiple vehicles out at the same time
It can get super cold in the early mornings and late evenings (bring layers)

The green, lush landscapes make for great photographs
Baby animals, the abundant of food and water make green season the perfect time to give birth
More baby animals equal more predator action
Less expensive than peak season by sometimes 50%
No crowds around the park or at the camps, we pretty much had our own vehicle the entire trip

In some countries, you can get rained on during game drives like we did in Botswana
It can get hot during the day, it’s the summer, in Africa, so yeah pretty hot

Shoulder Season – April to May, November to December

Shoulder season is pretty much in the middle in every sense of the way. It’s not as hot or as cold. It’s not as expensive or as cheap.

For first time safari goers, there’s nothing wrong with saving some money and going in January or February. Some famous events like the wildebeest migration across the Mara River in Kenya and the Okavango Delta flood in Botswana only occur during dry season, so there’s no escaping peak season pricing there. Keep in mind that not all of Africa follows the same tourism schedule. While it was low season in the African bush, it was high season while we were in Cape Town. Like everywhere else in the world, people flock to the beaches during the summer months. We initially wanted to stay three nights in Cape Town but winded up only staying two cause of availability. The whole city was pretty much booked, and this was during their insane water shortage too (which is sadly still going on).

So when is the best time to go to Africa? The answer is whenever you want! Pick a season that best fits your schedule and budget and you’ll be set. Like I mentioned above, no two trips are alike so don’t worry about getting FOMO if you go during one season and a friend goes during another. If you don’t already know, Lyndon sells photographic African safaris with his dad and brother. Their company is called Fish Eagle Safaris and if you are interested in going on your first safari or your 10th, shoot him an email. He can price out different packages for you (at no additional costs to the client), so definitely take advantage of his resources. Plus a lot of safari camps require you to book through a 3rd party company like Lyndon’s. So when are you going to Africa? 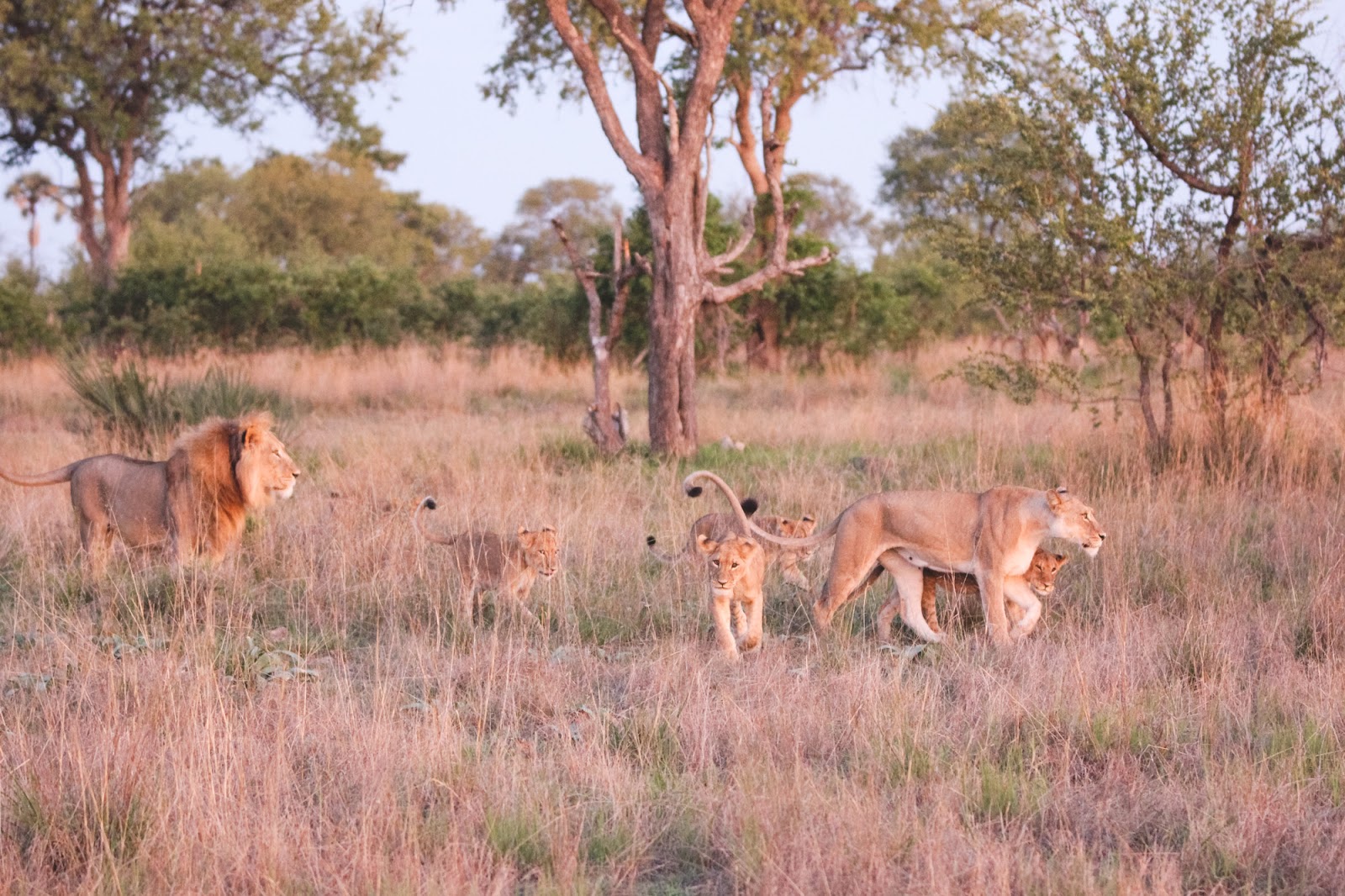 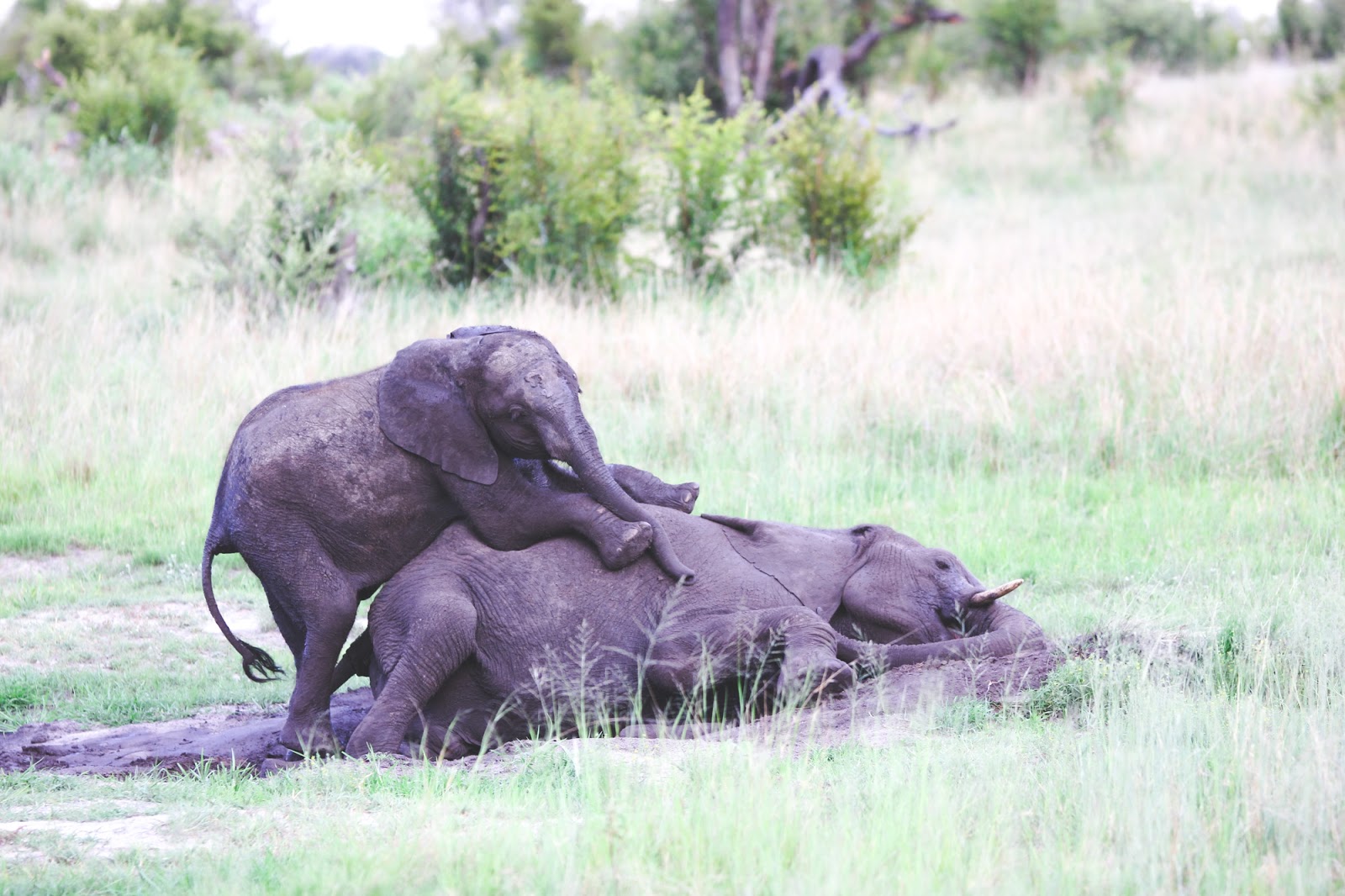 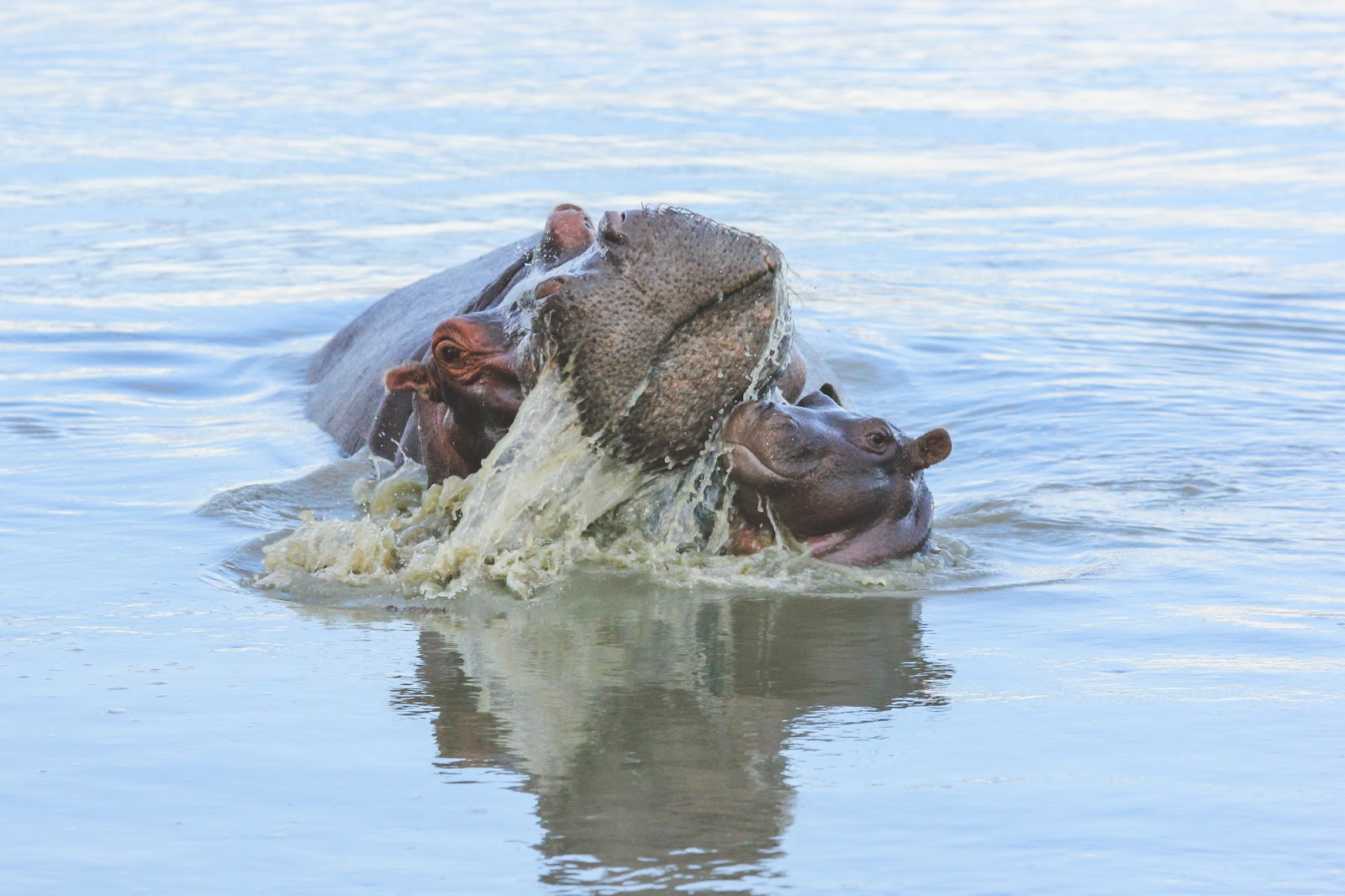 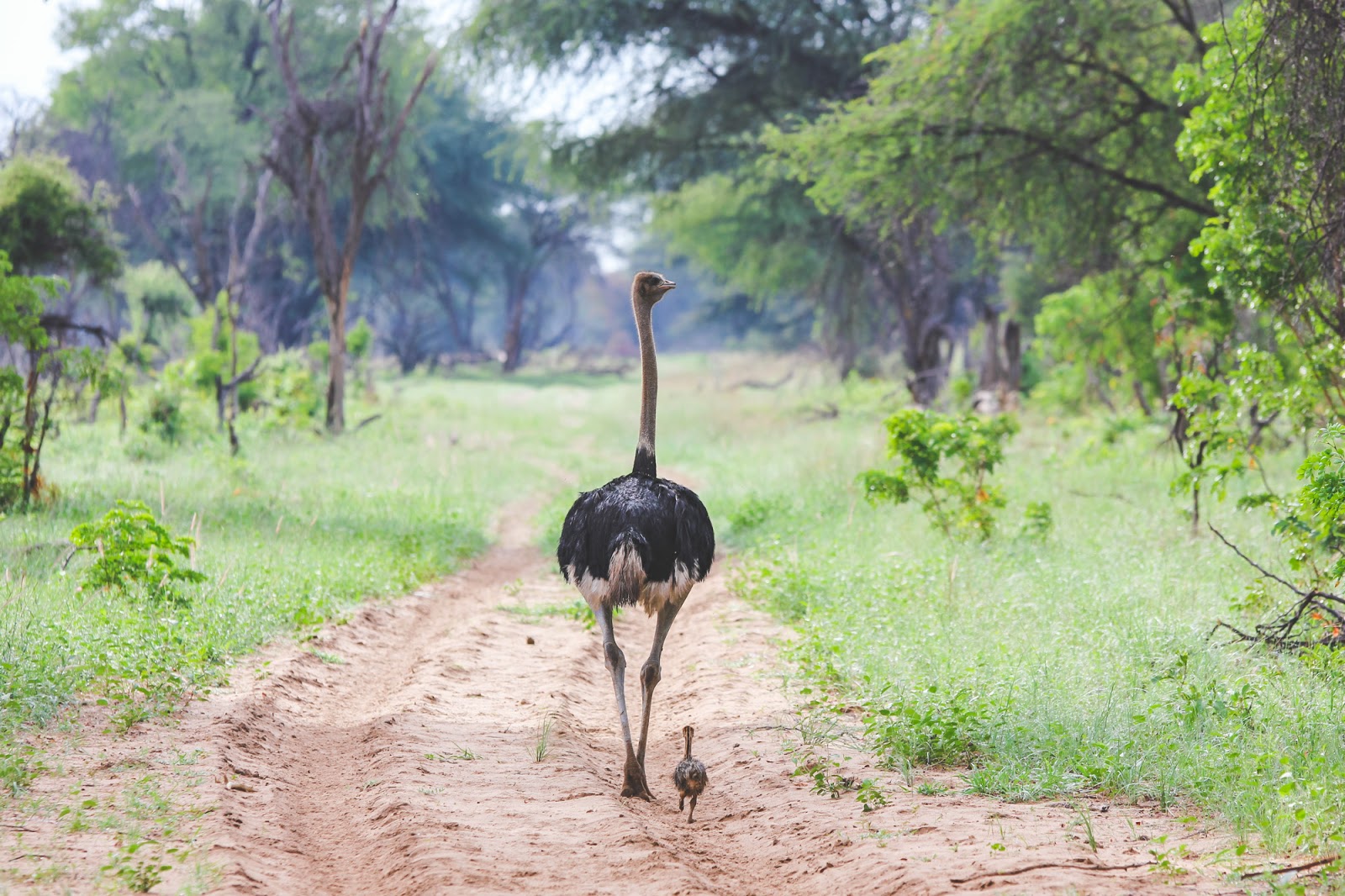 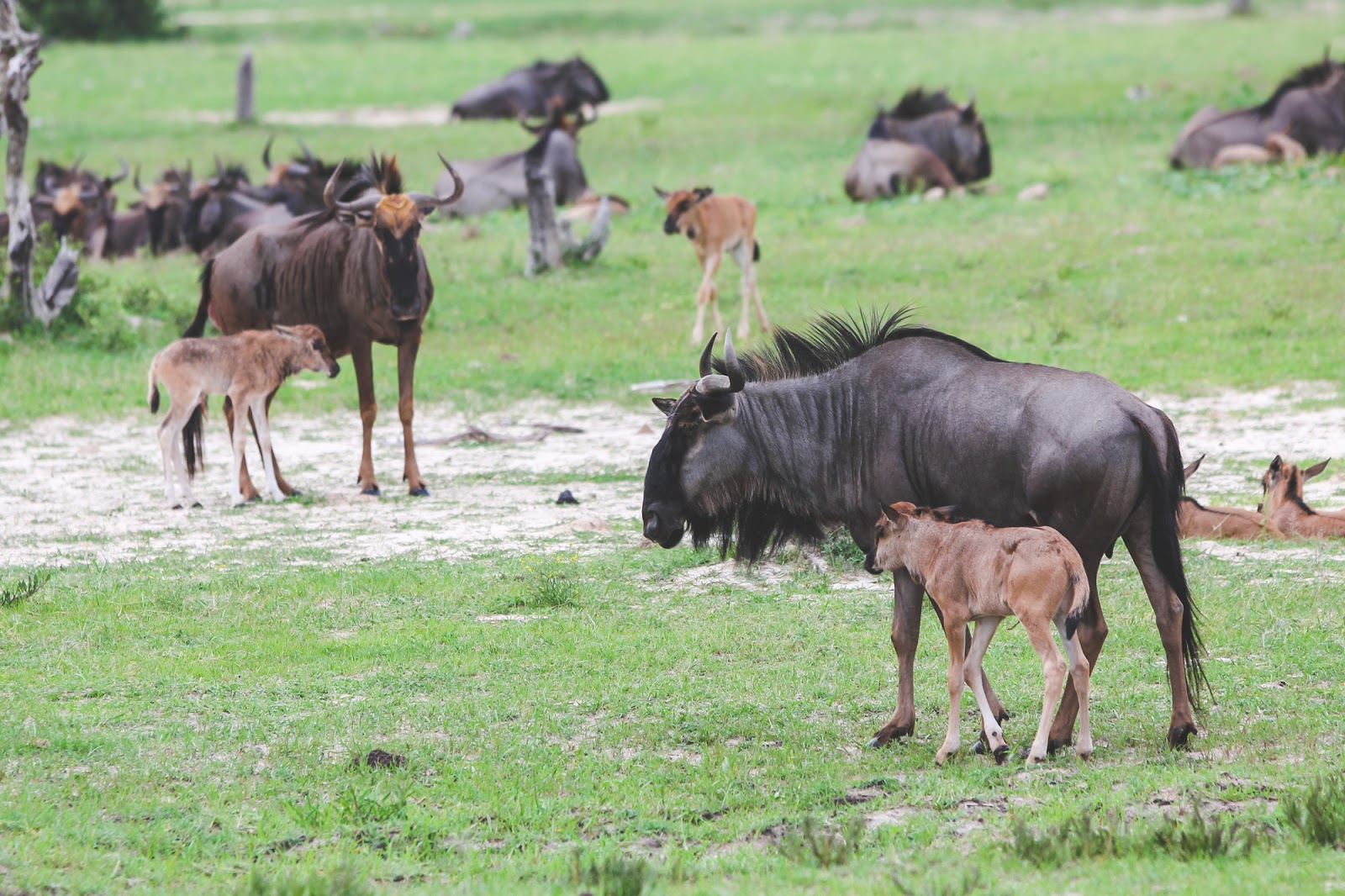 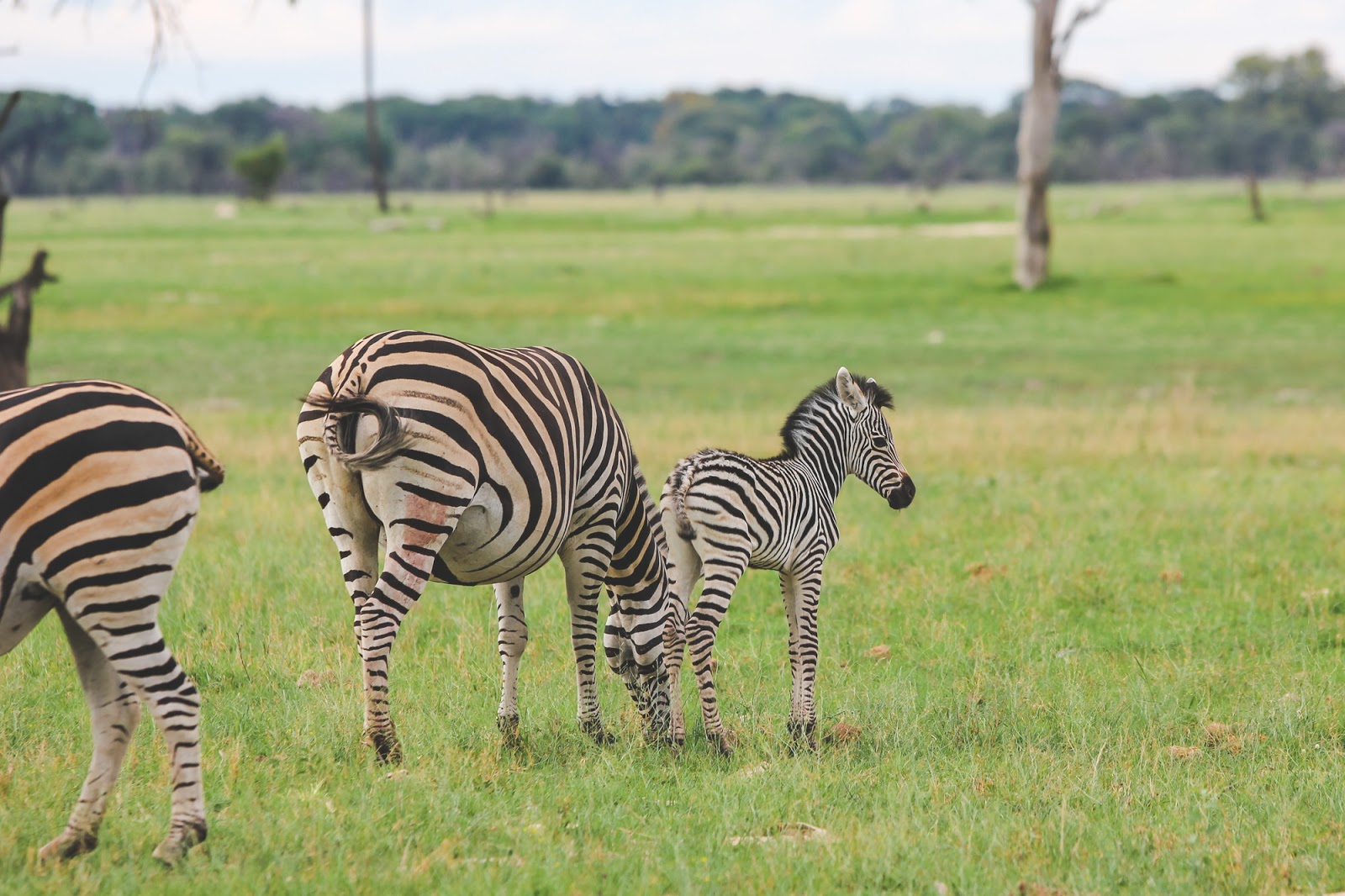