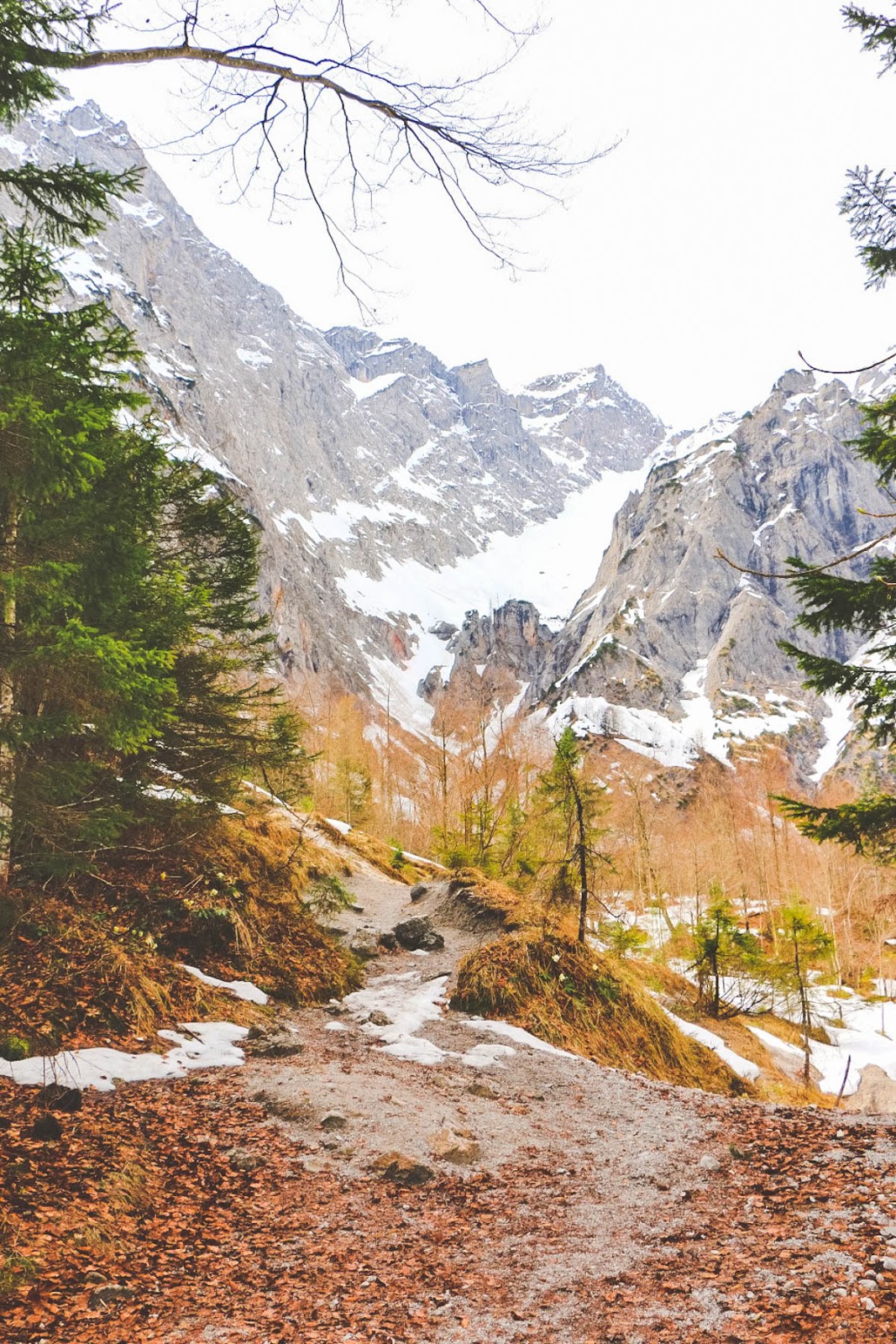 I love movies. I love going to the theater and watching a blockbuster on the big screen. I love sitting on the couch under a blanket and watching a classic romantic comedy. I know television shows these days are giving movies a run for their money, especially juggernauts like Game of Thrones (who watched the season premiere last night?) but watching a good movie is still my first love.

For me, one of the best parts of watching a movie is getting to transport to a different place or time period for a couple of hours. After a couple of hours, you’re back to reality and resuming your normal life. With television shows, I’m always wanting to know what happens next which isn’t always a bad thing. Sometimes I will watch a mediocre movie just because of where it is filmed… how many of you are also guilty of that? I’ve done a couple of posts in the past about how I will pretty much watch anything filmed in New York City and London, but I’m also a sucker for any movie that takes me to places I’ve never been before or lets me revisits some of my favorite destinations.
So here is a list of movies that inspires my wanderlust and makes me want to pack my bags and see the world!
1 | EuroTrip
Scotty doesn’t know! So don’t tell Scotty! This is seriously one of my favorite movies and I’m not afraid to admit it. It’s a pretty goofy movie, no doubt, but it does take you around Europe and you can’t complain about that. From London to Berlin and a lot of places in between, I can’t get enough of this cult favorite.
Countries Featured: England, France, Italy, German, Vatican City, The Netherlands and Slovakia
2 | The Secret Life of Walter Mitty
This is one beautiful movie. I started writing this post this past weekend and it really made me want to rewatch this movie, so I did. It was just as good the 3rd 4th time around. It’s nice seeing Iceland get some screen time as well, especially since it’s been 14 years since I’ve been there. “To see the world, things dangerous to come to, to see behind walls, draw closer, to find each other, and to feel. That is the purpose of life.”
Countries Featured: Greenland, Iceland and the Himalayas
3 | Eat Pray Love
Some people love this movie, some people hate it… I love it. I read somewhere that after this movie came out, there was in influx of people wanting to travel the world and write a book after a bad break up or divorce. While Elizabeth Gilbert’s real life story isn’t as glamorous, I still love the idea of traveling the world to find clarity, and for some, to find yourself.
Countries Featured: Italy, India and Indonesia
4 | Midnight in Paris
This would have to be my favorite Woody Allen movie (right before Match Point). You get to see so many sights from Paris and I just love the nostalgia theme. Just to be a fly on the wall during the 1920’s with all those famous writers and artist would be oh so interesting.
Country Featured: France
5 | Any Dan Brown Movie
If you have ever read any of Dan Brown’s books, you know he has a thing for Italy and the Vatican City. His books (and movies based on his books) are adventures that take you through some beautiful countries while trying to solve some interesting mysteries. Before our trip to Italy, we watched Inferno which featured Florence and Venice. It got us excited for our trip… minus the whole “trying to kill everyone” thing.
Countries Featured: France, Vatican City, England, Scotland and Italy
6 | Into the Wild
This is definitely not your “feel good” movie but sometimes you just need to watch a movie like this. Even though I couldn’t really relate to Chris McCandless, I still felt for him and Sean Penn did a great job of putting his story on the big screen.
Countries Featured: The United States and Mexico
7 | The Hundred-Foot Journey
Lyndon actually introduced this movie to me. We watched it one day when Houston was flooded and no one could get to work. This movie actually introduced us to uni (sea urchin). We finally tried it at a seafood restaurant in Houston and it was just “eh”. Actually, we both did not like it, oh well. This movie features small town living in France and incredible food, how can it go wrong?
Countries Featured: India and France
8 | The Sisterhood of the Traveling Pants 1 and 2
Who doesn’t love a movie about friendship and jeans that fit perfectly? I honestly didn’t think I would like this movie, but I actually enjoyed it and the sequel. Plus, all those beautiful scenes in Greece! Swoon!
Countries Visited: Turkey, Greece, Mexico and the United States

Back in 2006, the idea of swapping houses sounded so foreign to me. Today, my go-to place to stay when traveling is staying at a complete stranger’s house. This holiday romantic comedy is the perfect blend of city life and small town living. On a sad note, that cute English cottage was totally built for this movie and they only built the exterior.
Countries Visited: England and the United States
10 | Out of Africa
I have something to admit, Lyndon and I actually never finished Out of Africa. In our defense, it is a pretty slow moving movie but with our upcoming trip to Africa at the end of this year, I just had to add it to the list. Even though Kenya isn’t on our itinerary, it looks like such a beautiful country from the movie.
Countries Featured: Denmark and Kenya
I know there are tons of other movies out there that I am missing but I only wanted to feature movies I have seen. Please let me know what other movies I should check out! I’m always down for a good Friday movie night. 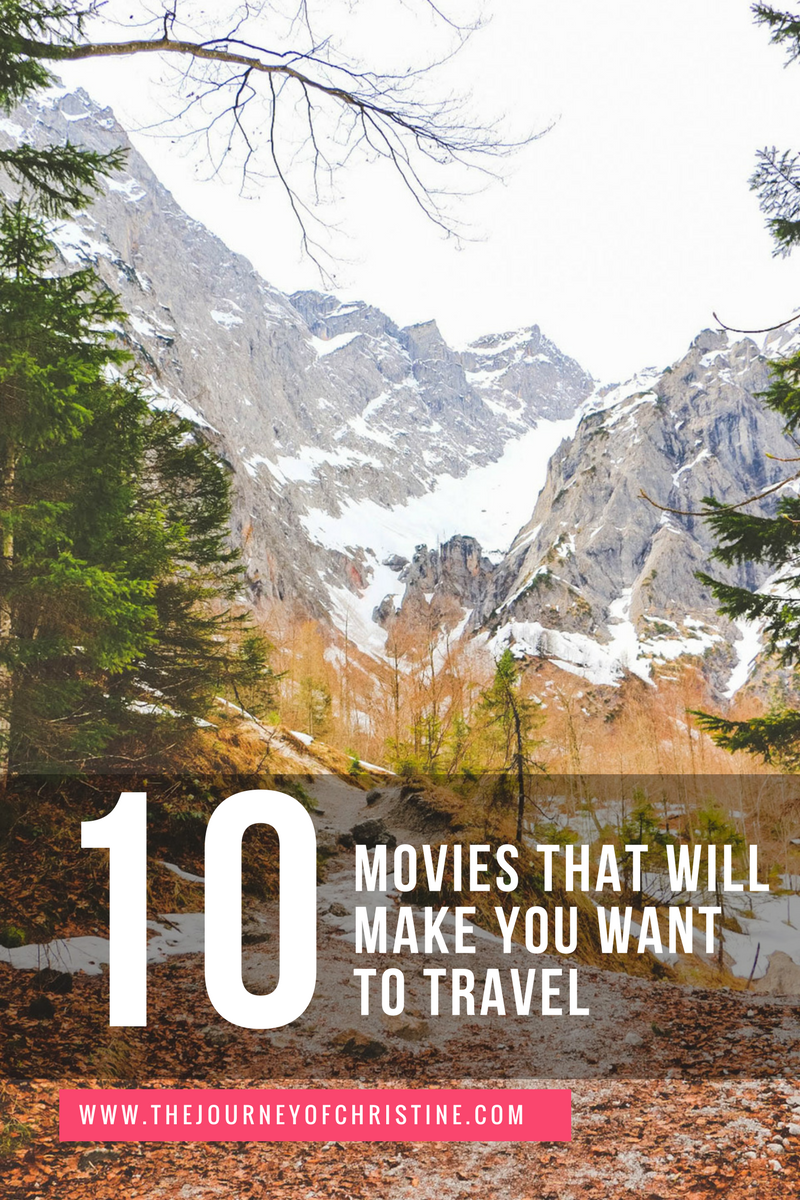