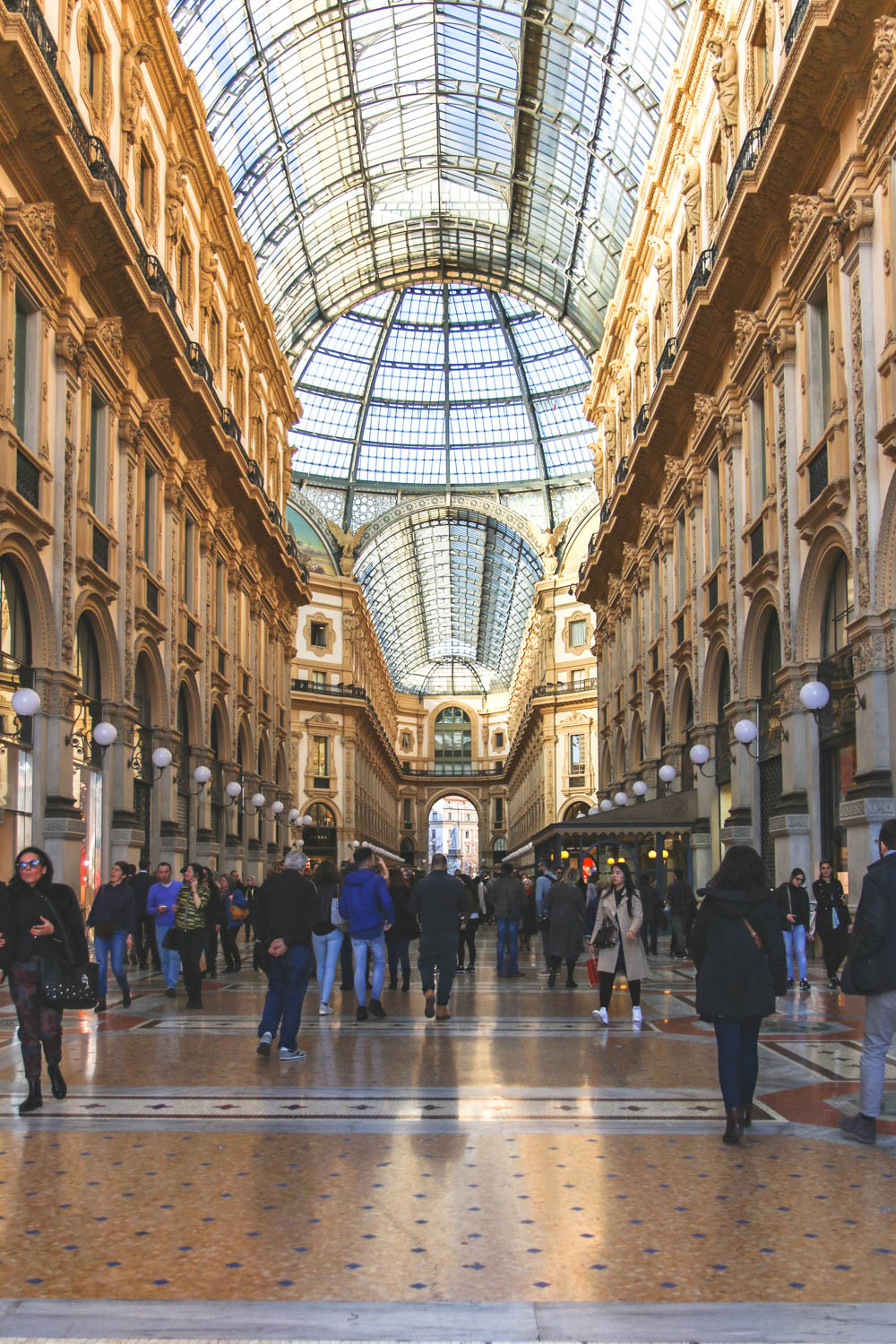 A while back, I received an email about cheap flights to Milan. While Milan was never high on my list of Italian cities to visit, the price was too hard to pass up plus it worked out perfectly with Aiden’s spring break. So without a real itinerary in mind, we bought three round-trip tickets to the largest city in Italy, Milano.
Milan is known for its fashion, high-end restaurants and shop, and is considered a financial hub. And before March, that was all I really knew about Milan. Since Lyndon and I are not really the “shopping type” and there were only a handful of attractions I wanted to see in the city, I only planned for us to stay in Milan for two days, the half day we arrived and the day before we flew back to Houston. Milan is a large city, and it definitely feels like it. There are skyscrapers (the company I work for developed one), high-rise residential buildings, shopping malls, and traffic, lots of traffic… everything that makes up a busy metropolitan.
After arriving at Milan Linate, we took a taxi to our Airbnb. I really didn’t know what to expect but one thing I did notice while driving around is that Milan has a lot of graffiti. Not the cool street mural graffiti, just the random defacing kind. Once we got closer to city center (and near all the touristy areas), I did see less of it though. Before our trip, I had a lot of people tell me that Milan reminds them of New York City or Paris. I don’t know, those are two really big shoes to fill. It was love at first sight with both New York City and Paris where with Milan, we are still getting to know each other. It would be safe to say that I have mixed feelings about Milan.
One thing I did love about the city is the Piazzo del Duomo. The Duomo di Milano is breathtaking. The Gothic architecture is simply amazing and I’m not surprised at all that it took nearly six centuries to complete. I remember walking up to the cathedral (from the side, not even from the famous front view) and thinking, wow, details for days! Right next to the Duomo is the Galleria Vittorio Emanuele II, one of the world’s oldest shopping malls. It has the be one of the world’s fanciest malls too, right? It’s gorgeous and honestly, I don’t even remember one store in there… I couldn’t keep my eyes off the roof, the architecture, and the ironwork that is oh so satisfying to symmetry lovers like myself. Side note, like many areas in Italy (or any large city really), there were pigeons everywhere! I wanted to take a picture of Aiden running through some of the birds, but we found out that day that Aiden is afraid of pigeons (ha!).
One thing we missed out on while at the Galleria was “spinning on the bull’s balls”. There’s a mosaic of a dancing bull in the Galleria which marks where, legend has it, Giuseppe Mengoni (the architect that designed the Galleria) fell to his death, so people grind their heels on its balls for good luck. Yeah, just go with it.
When we came back to Milan at the end of our trip, we did see The Last Supper (which I’ll write about next week) and we got to explore more of the city like Sforza Castle. So maybe, I was a little hard on Milan at the beginning… we’ll see next week! 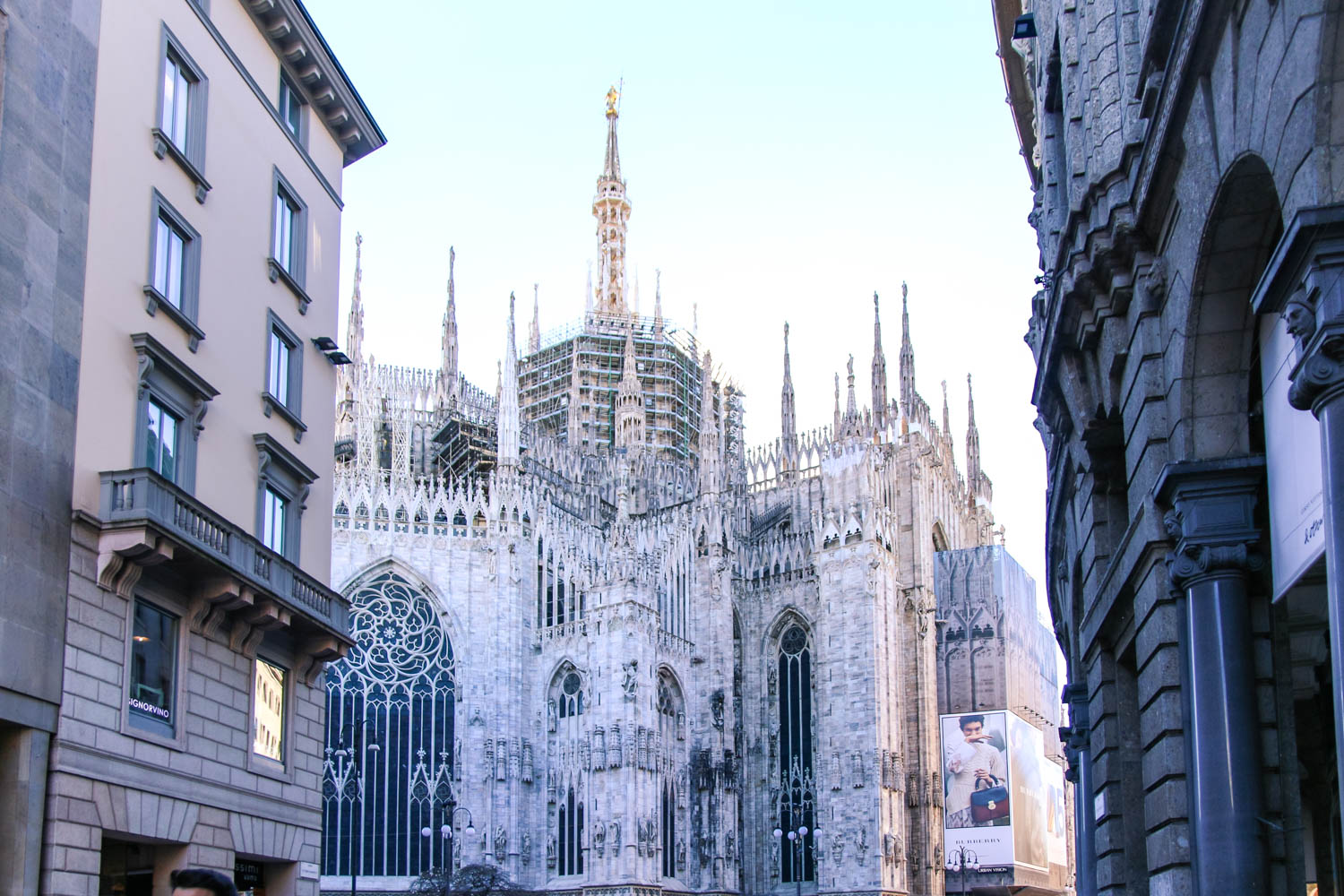 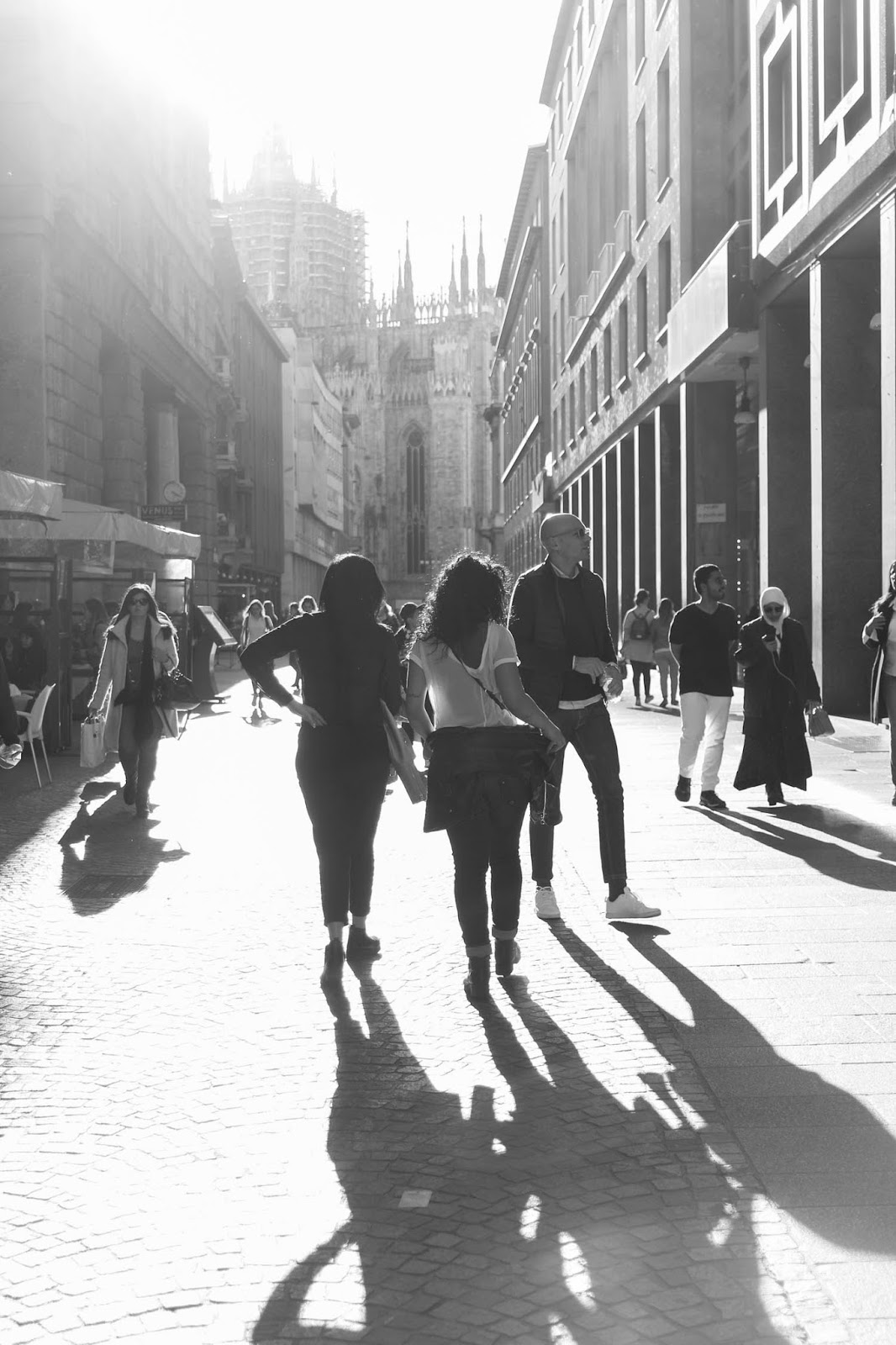 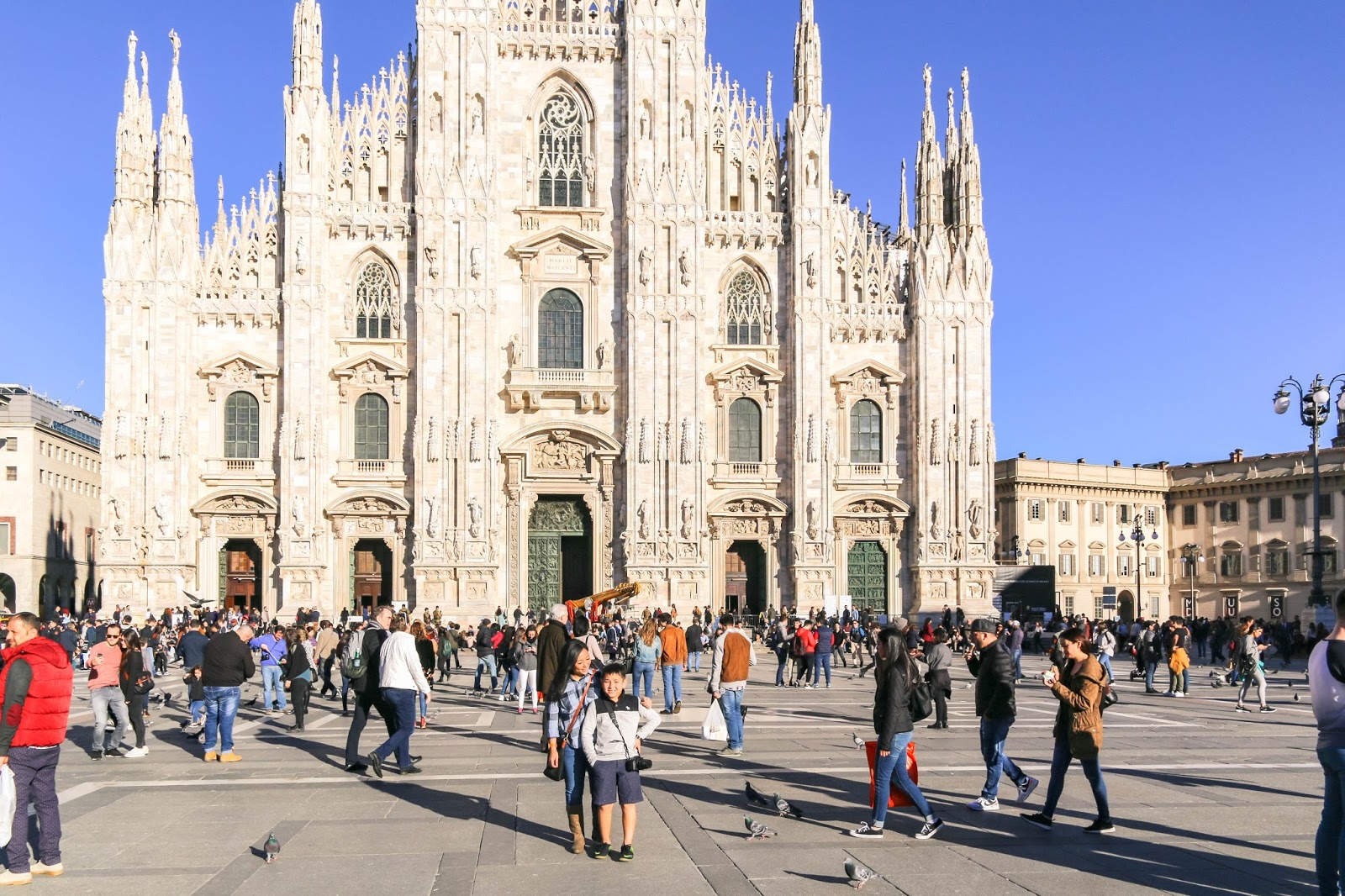 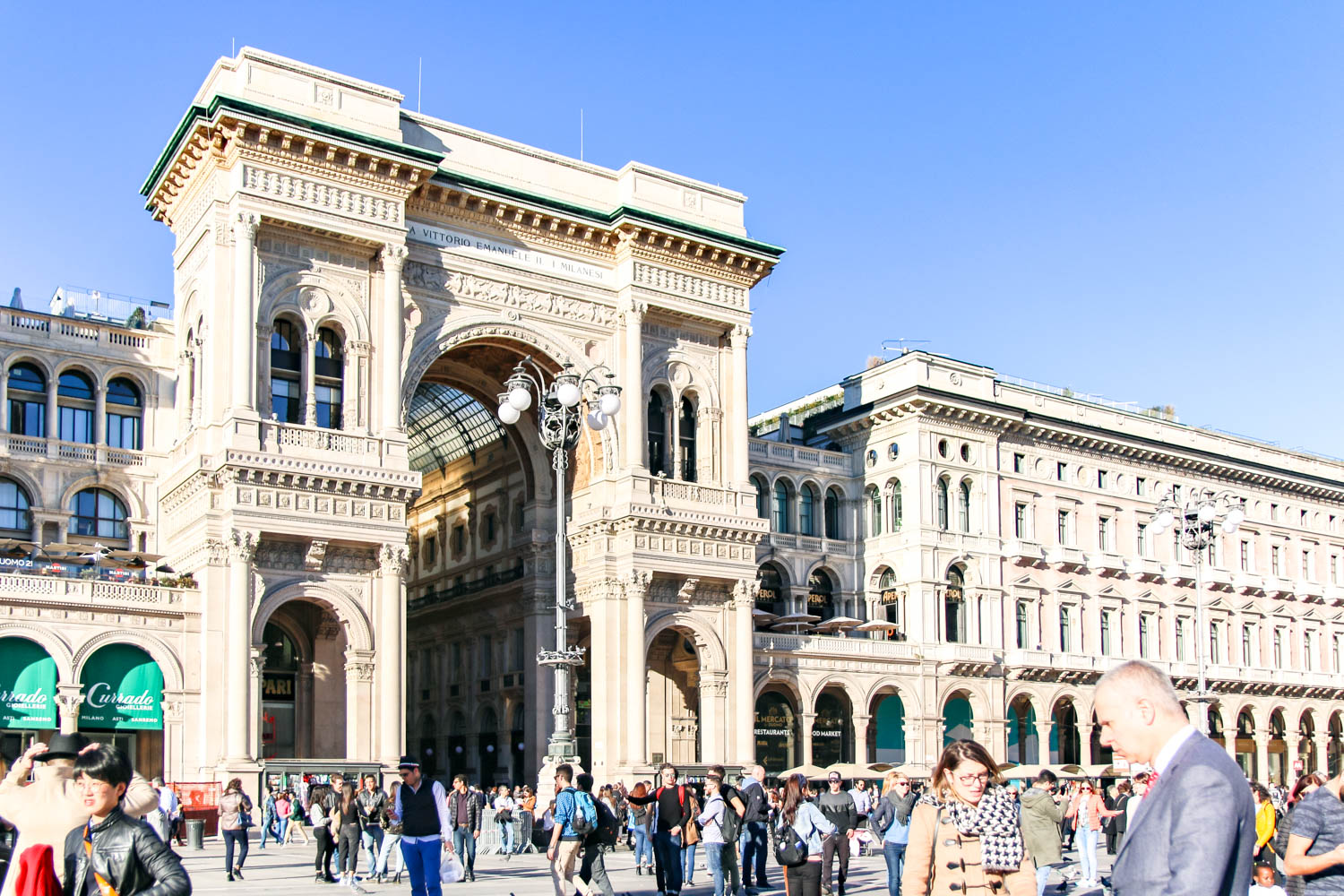 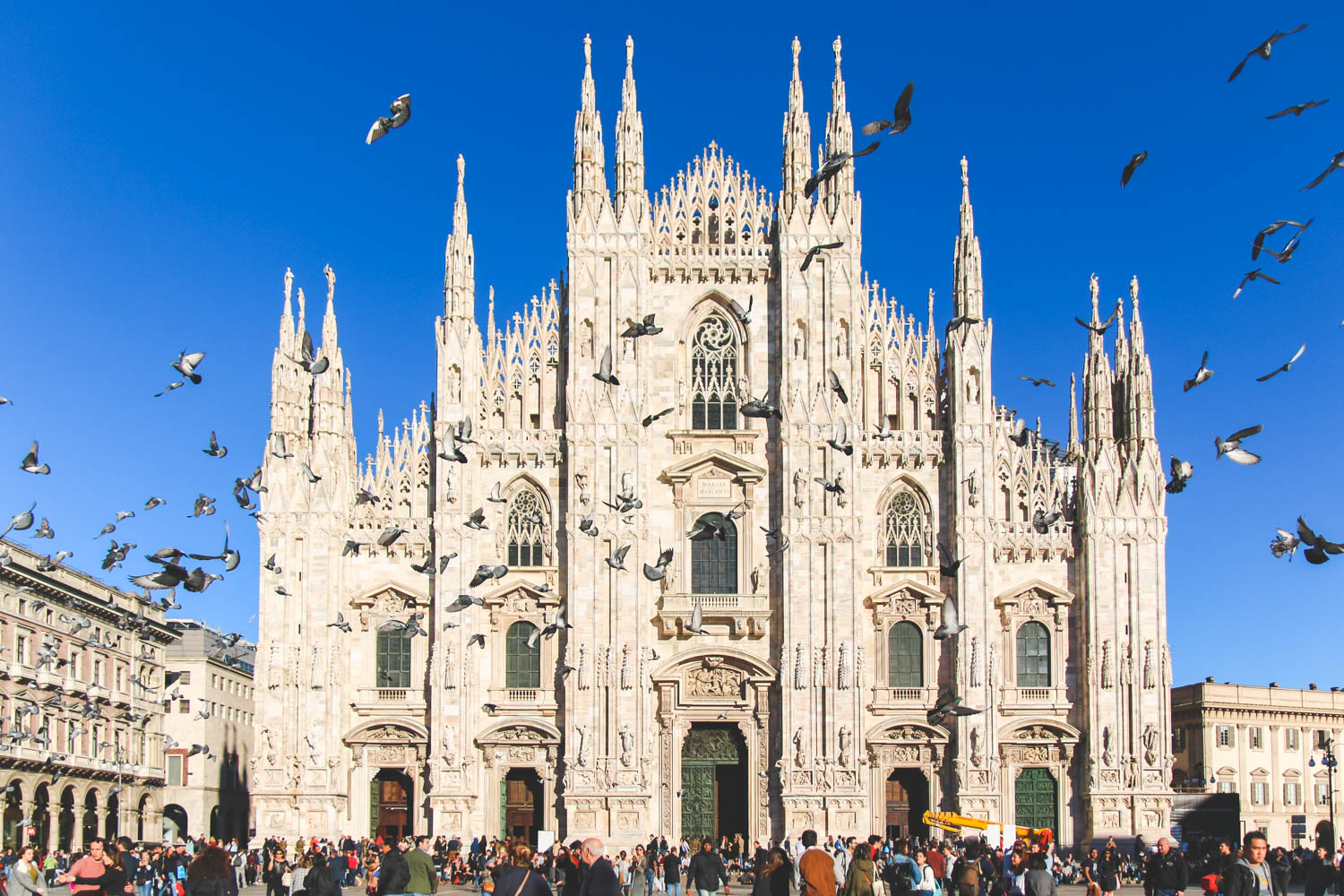 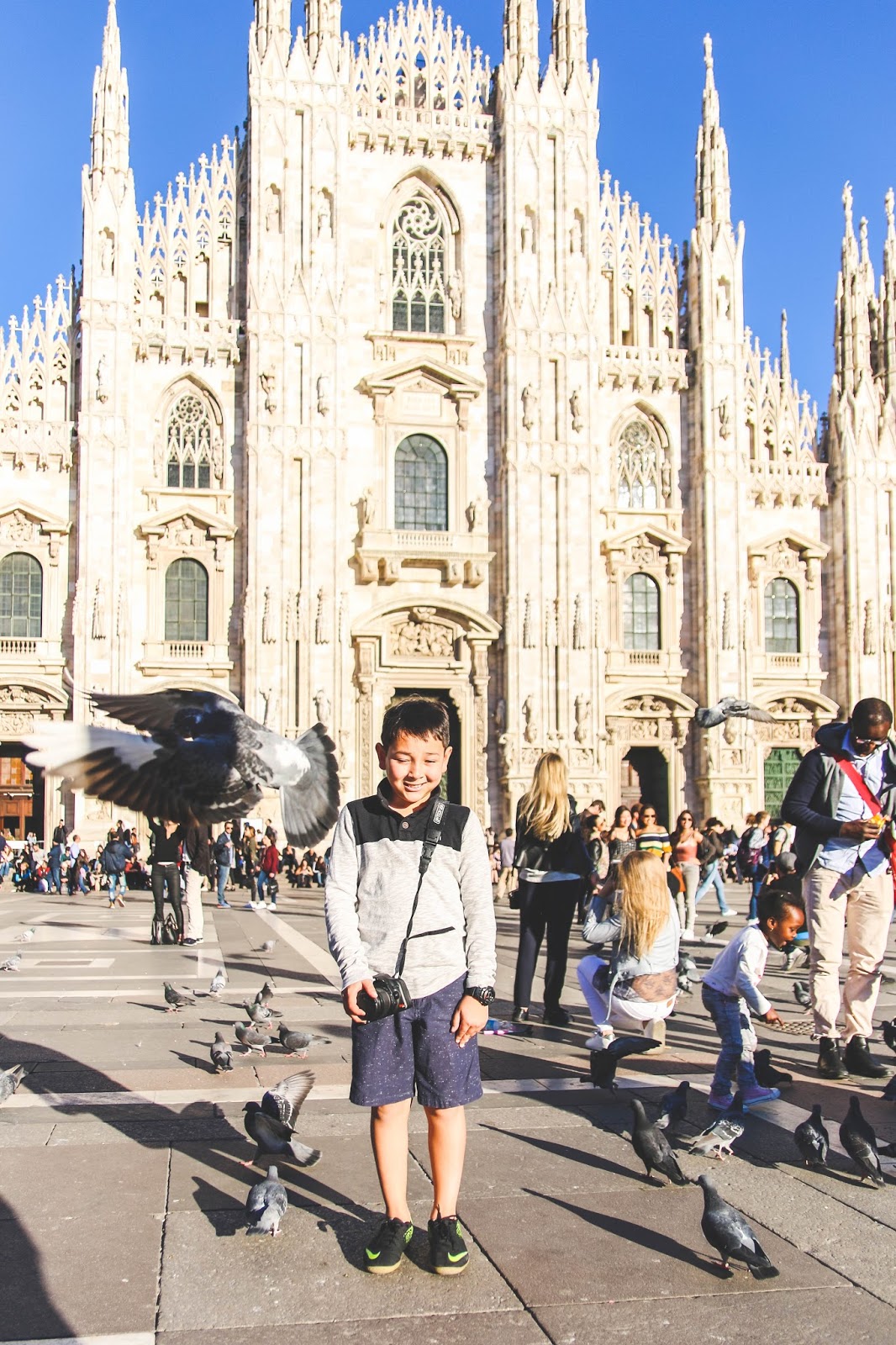 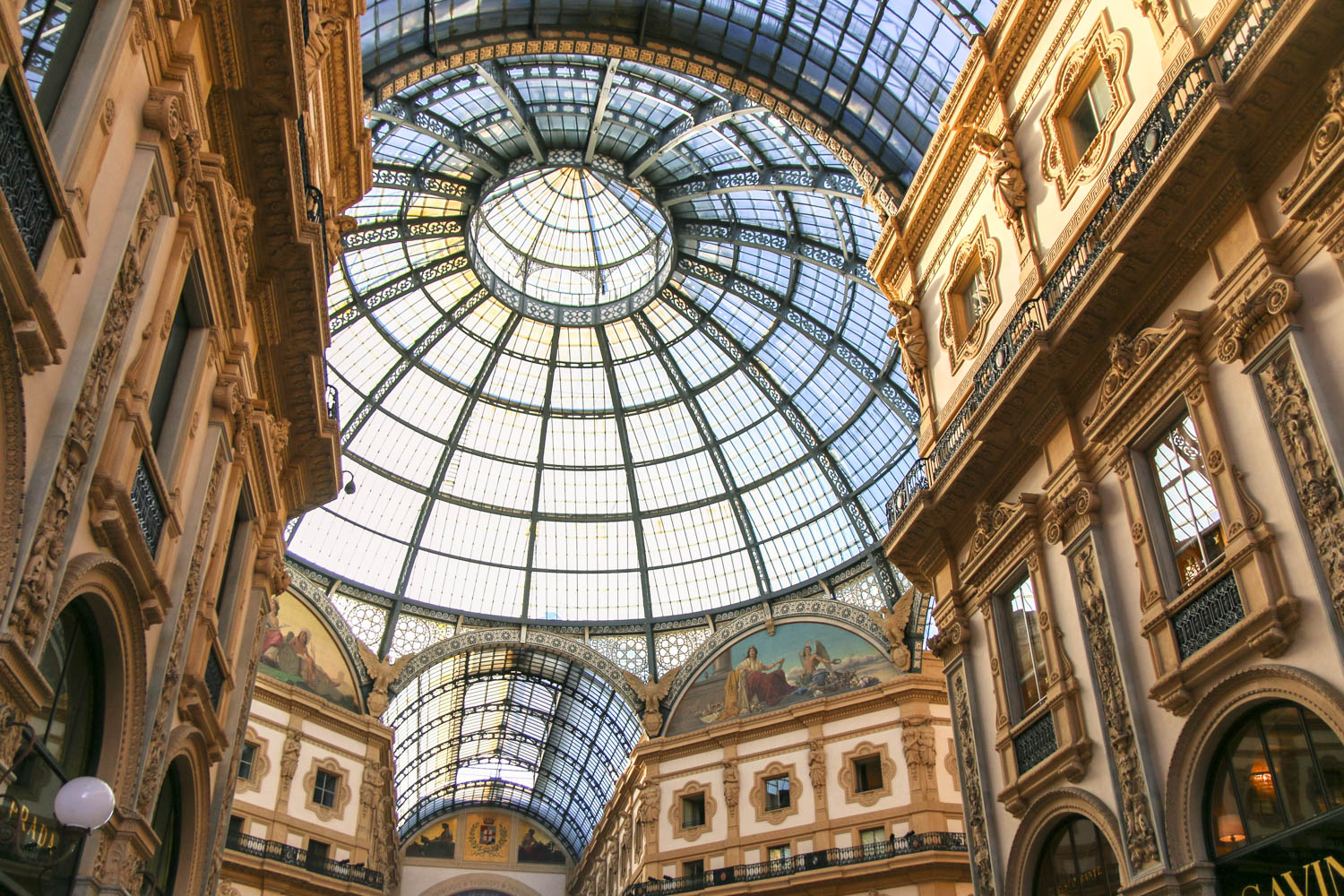 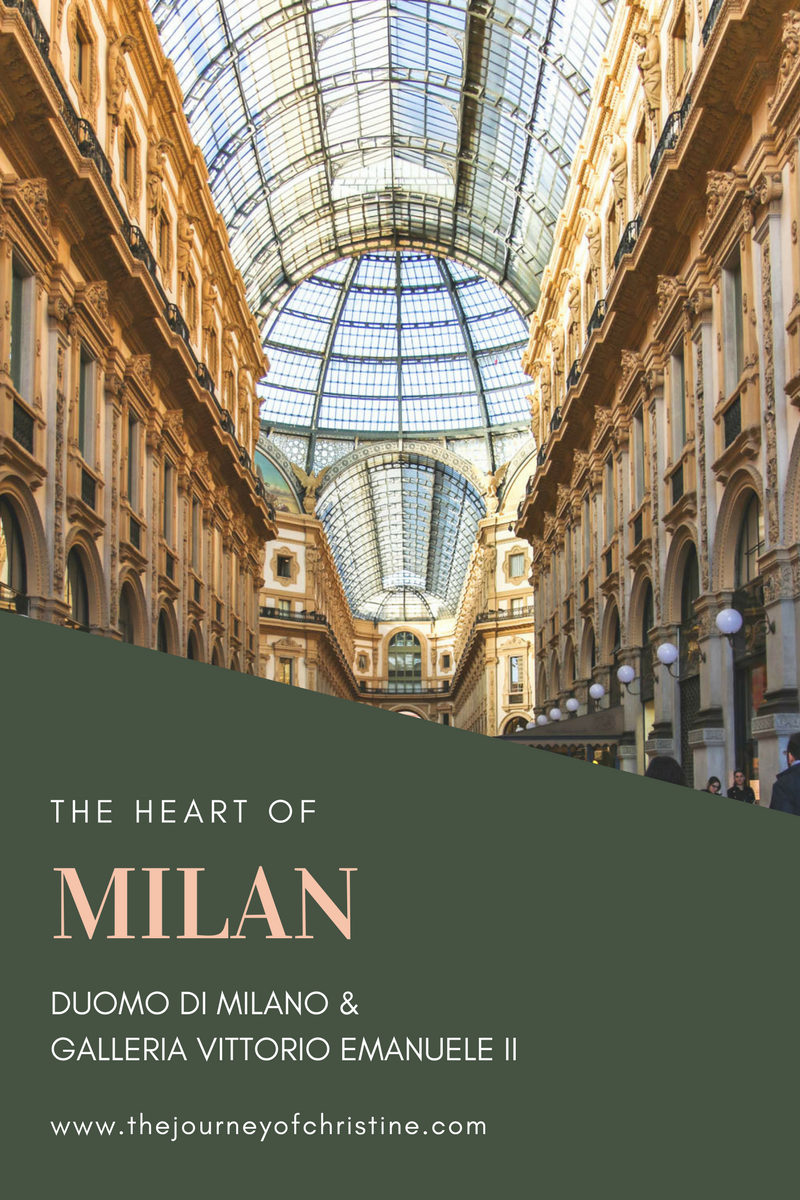