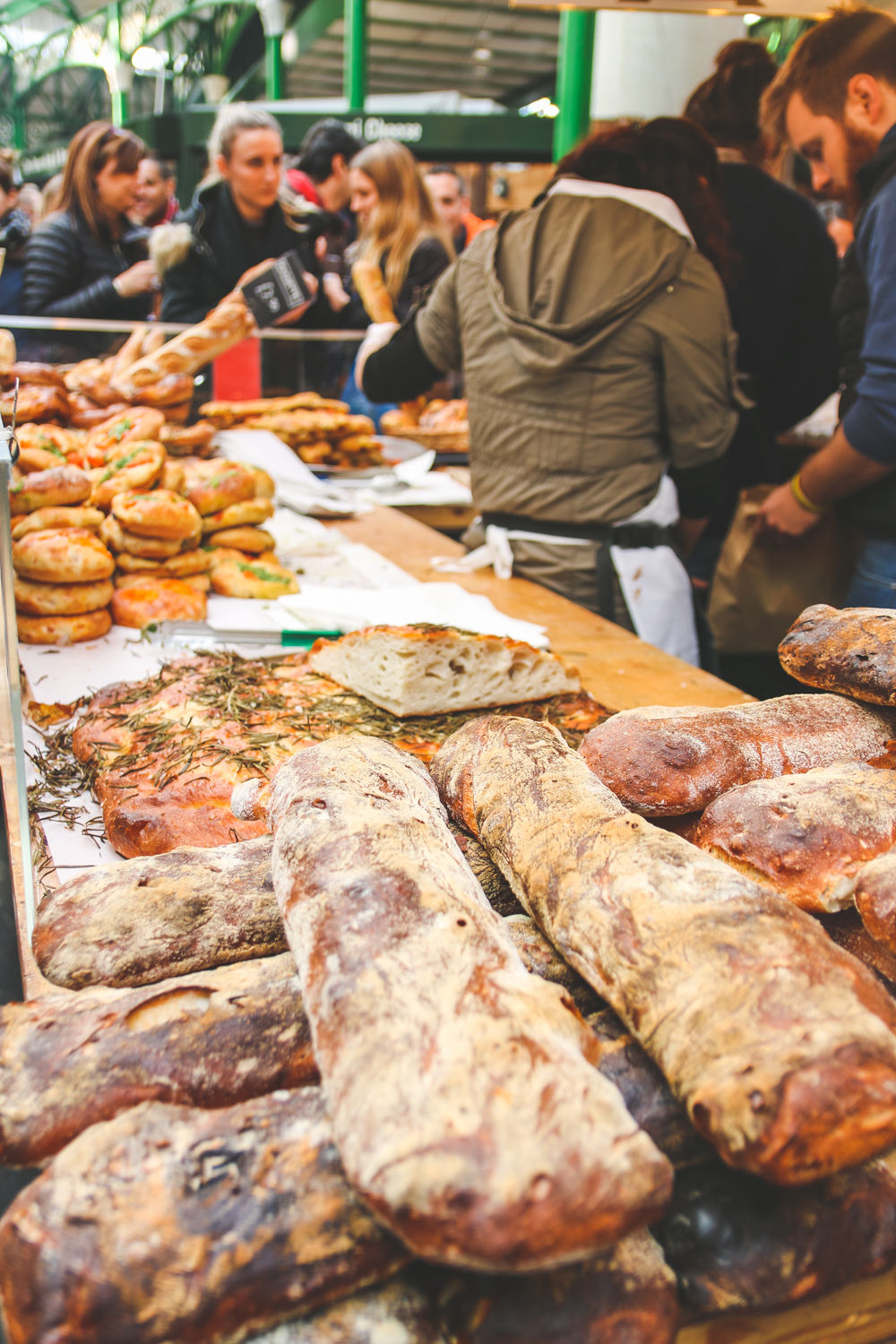 What can I say about Borough Market that hasn’t already been said? Borough Market is one of the largest and oldest food markets in London and it’s pure heaven for foodies, bloggers, and travelers alike. It currently sits on the southern end of London Bridge in the London Borough of Southwark. It’s not hard to get to and is close to a bunch of attractions like The Shard, Tate Modern, and Shakespeare’s Globe Theatre to name a few.

While Lyndon and I were in London, we decided to have lunch at Borough Market after exploring the Tower of London in the morning. It was a Saturday, and it was crowded. We walked across London Bridge and took the stairs next to Southwark Cathedral down to the market. Bad idea. Everyone that came across London Bridge did the same thing and it was insanely crowded. People were trying to get into the market, people were trying to leave the market all in between tables of people and people in line ordering food. If you’re coming across London Bridge, I would recommend taking the stairs down to Montague Close which turns into Cathedral Street and entering the market that way. It might still be crowded but at least it won’t be as narrow as the way we came in.

After pushing our way in, we were greeted with everything I hoped Borough Market would be. The smells that filled the air were amazing and visually, it was just as appealing. We honestly couldn’t make up our minds on what to eat; everything looked delicious. We finally decided on splitting a lamb burger, Scotch egg, and sausage roll and some Turkish delights and baklava for dessert. Everything was fantastic and worth fighting the crowds for (and also worth all the calories as well). 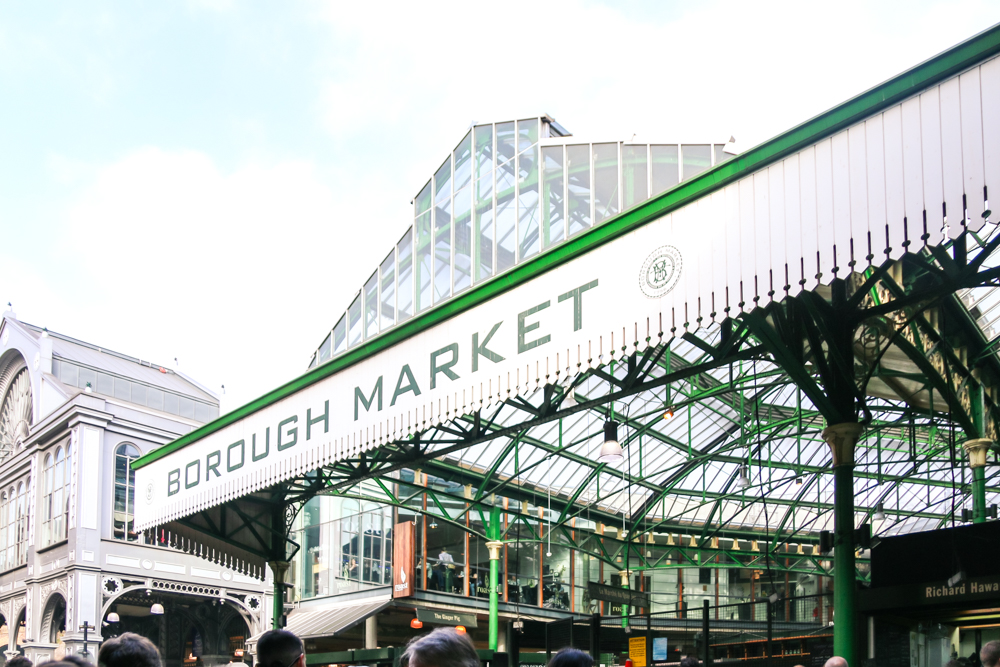 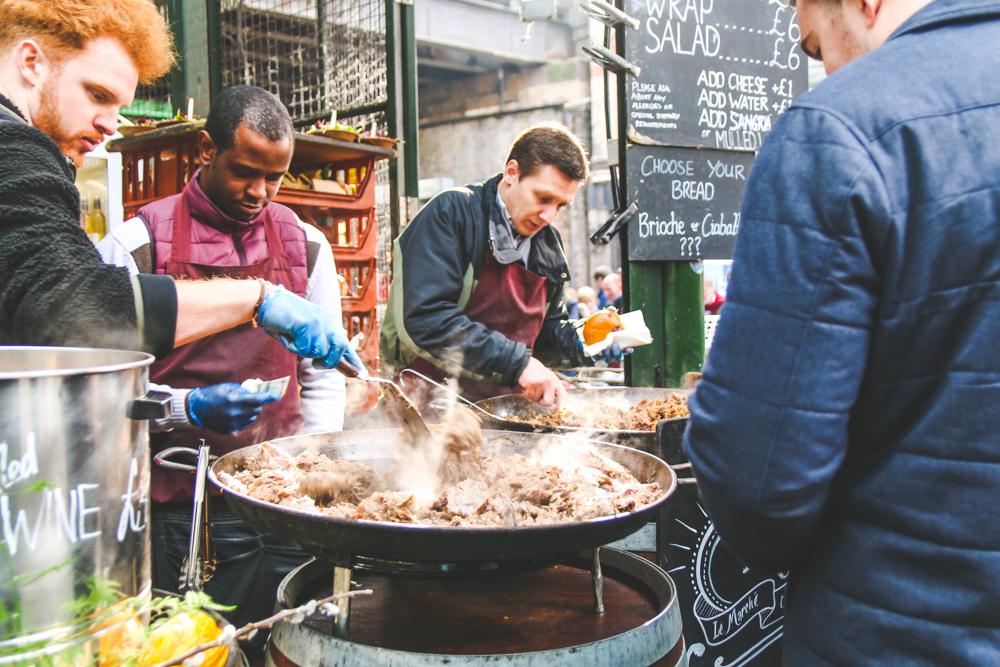 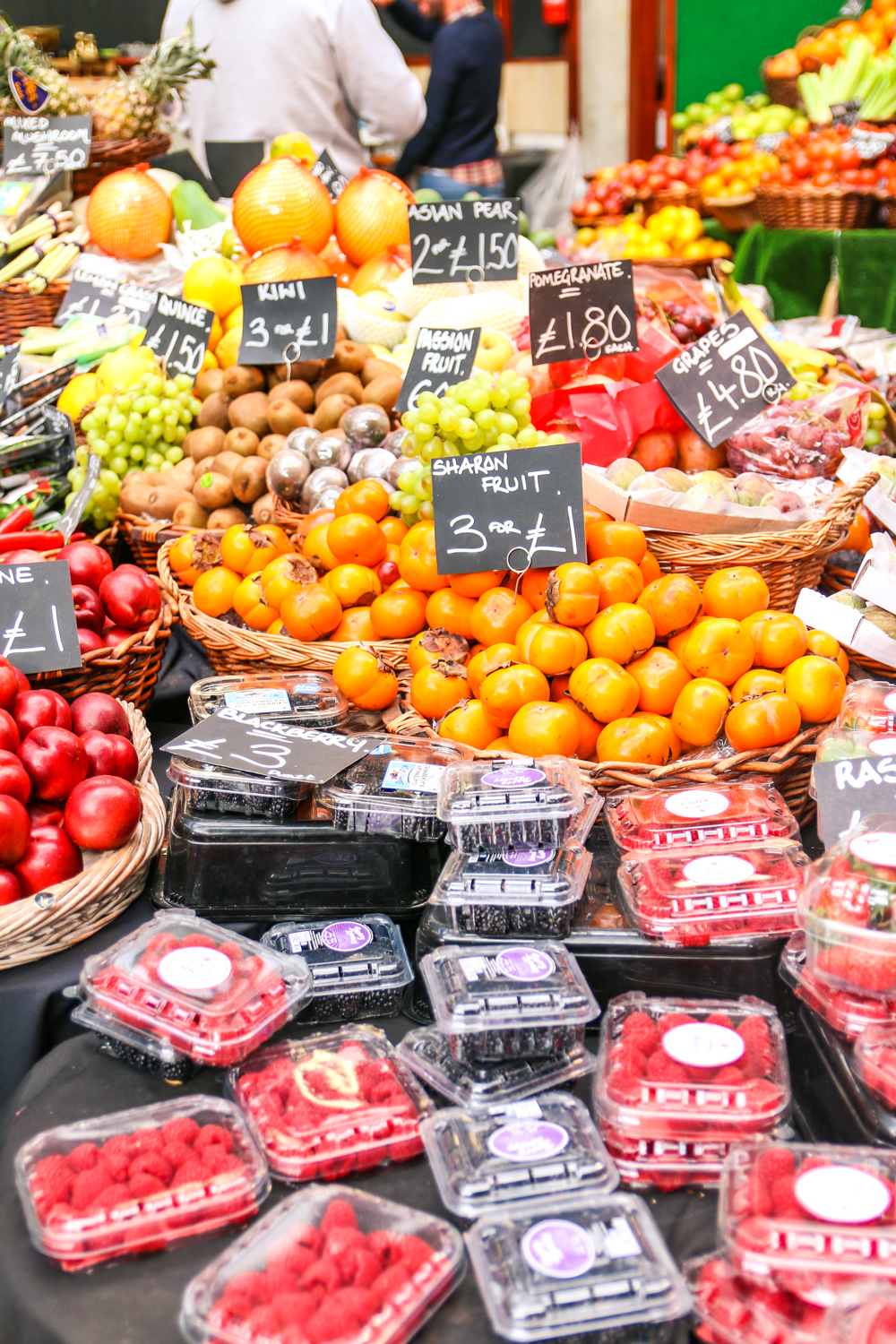 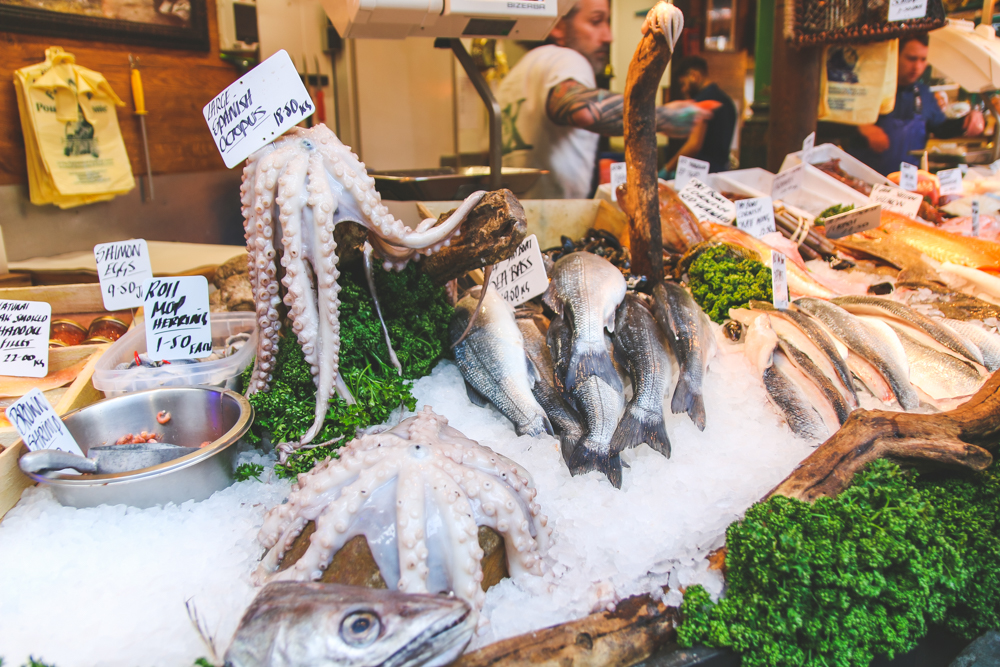 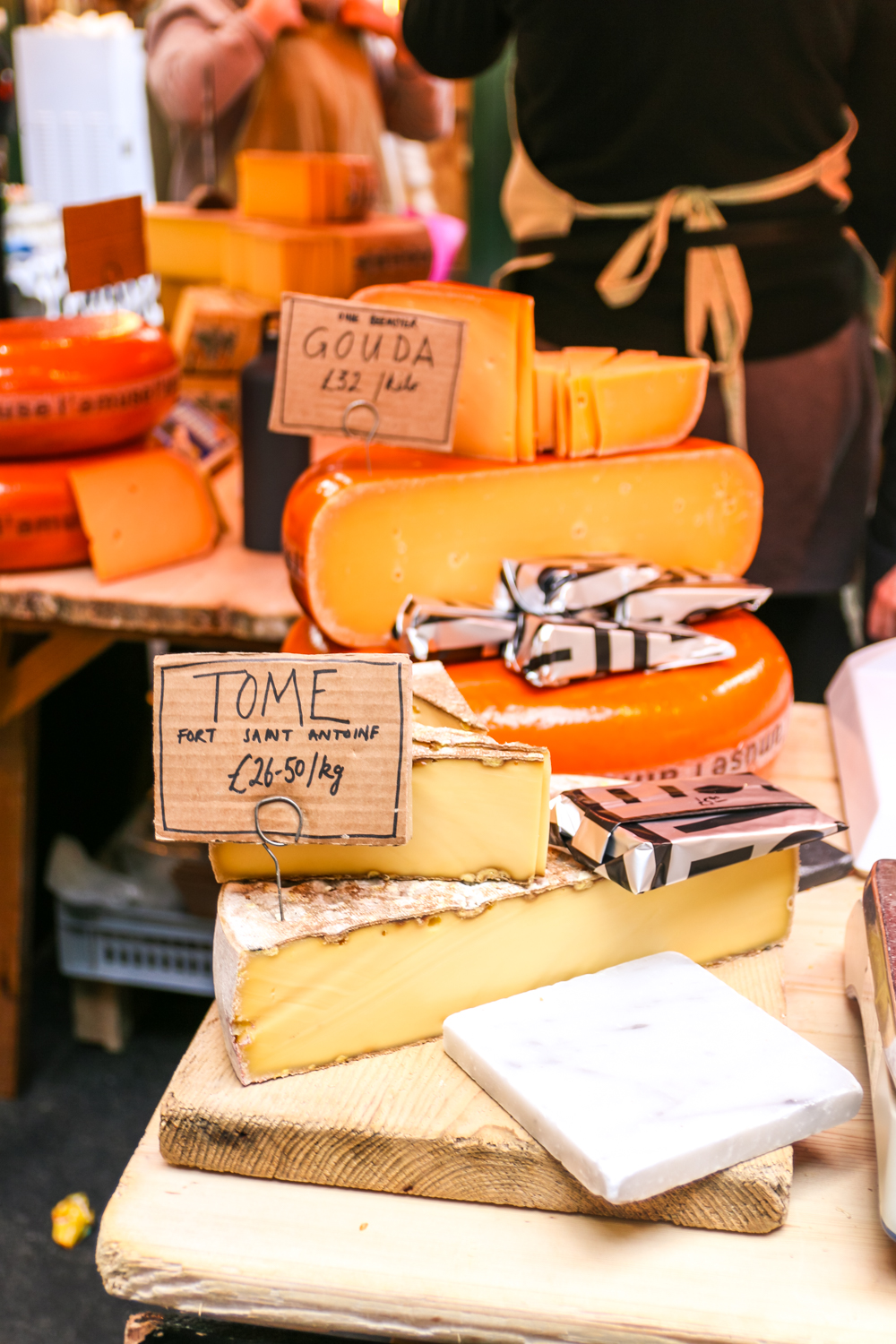 THE RUNDOWN:
Borough Market
8 Southwark Street
London
SE1 1TL
The full market is open Wednesday to Saturday, and the “limited market” is open Monday and Tuesday. In December, they are also open on Sundays (until Christmas Eve). For their opening times, click here.
The nearest underground station is London Bridge which is on the Northern and Jubilee lines. The station is across the street and is less than a 5 minutes walk to the market.
While we saw tons of cute dogs around London, Borough Market is a dog-free zone (except for service and guide dogs).
Most importantly, arrive at the market with an empty stomach! 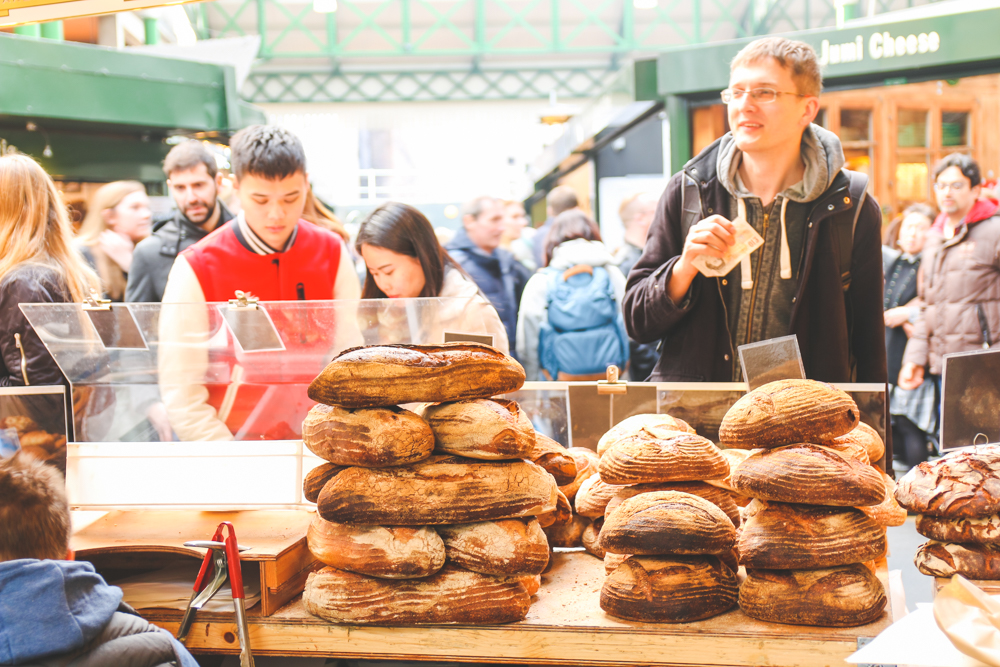 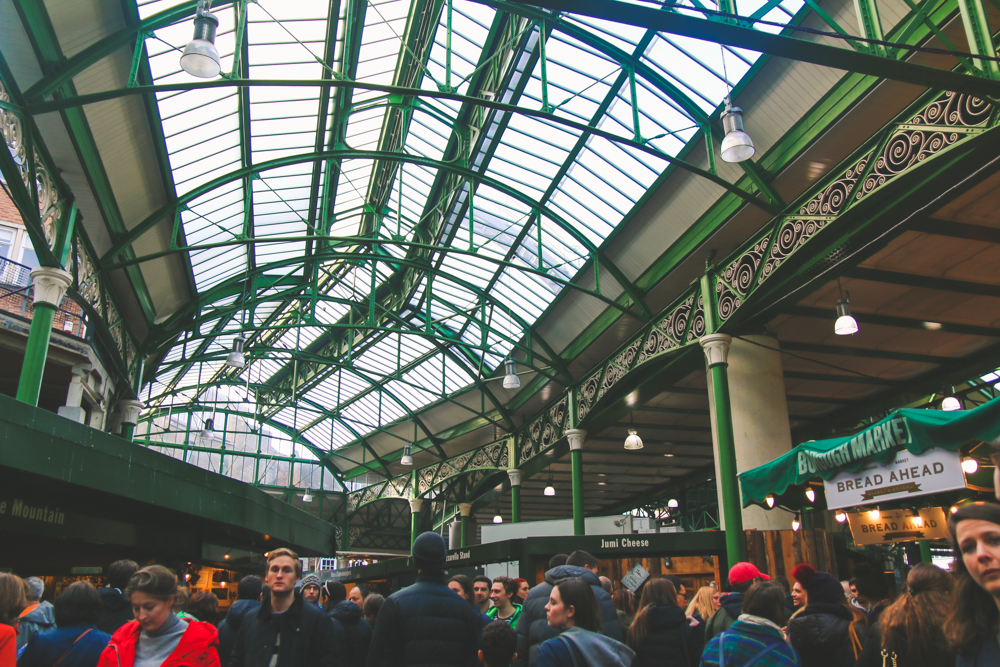 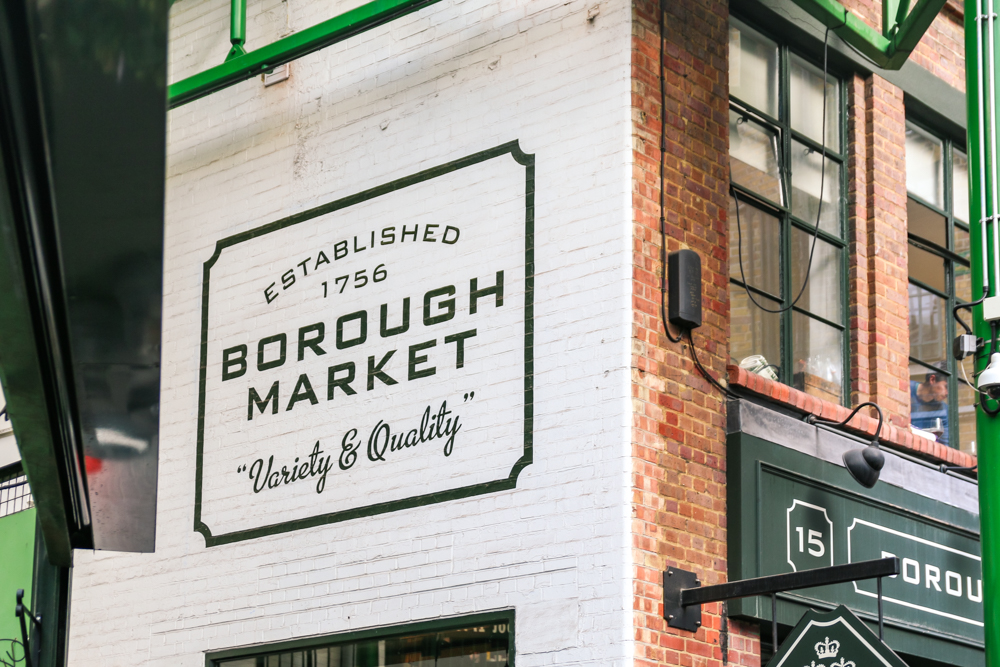 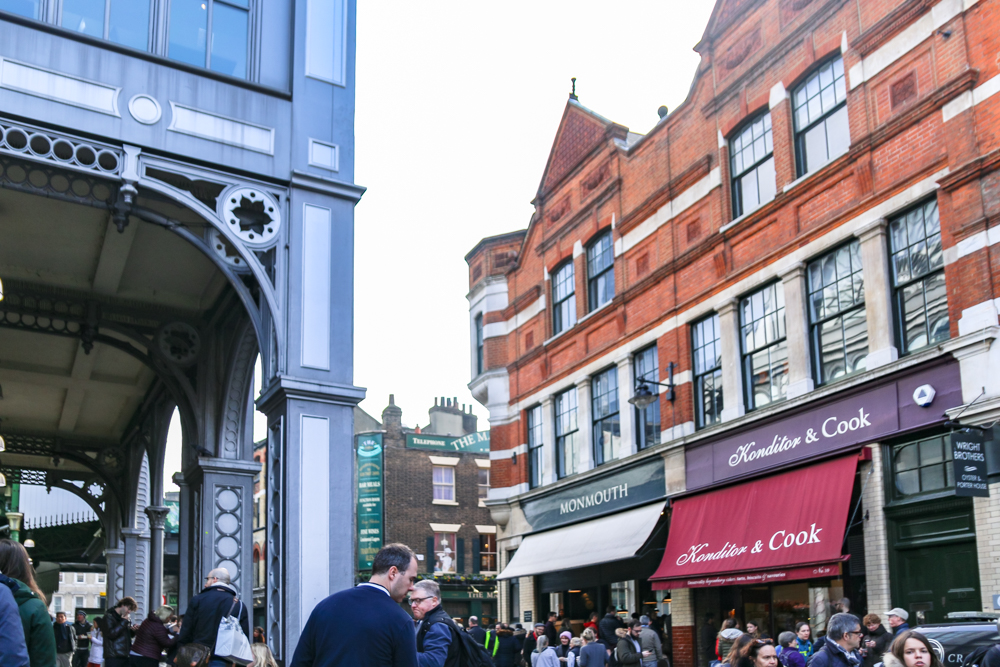 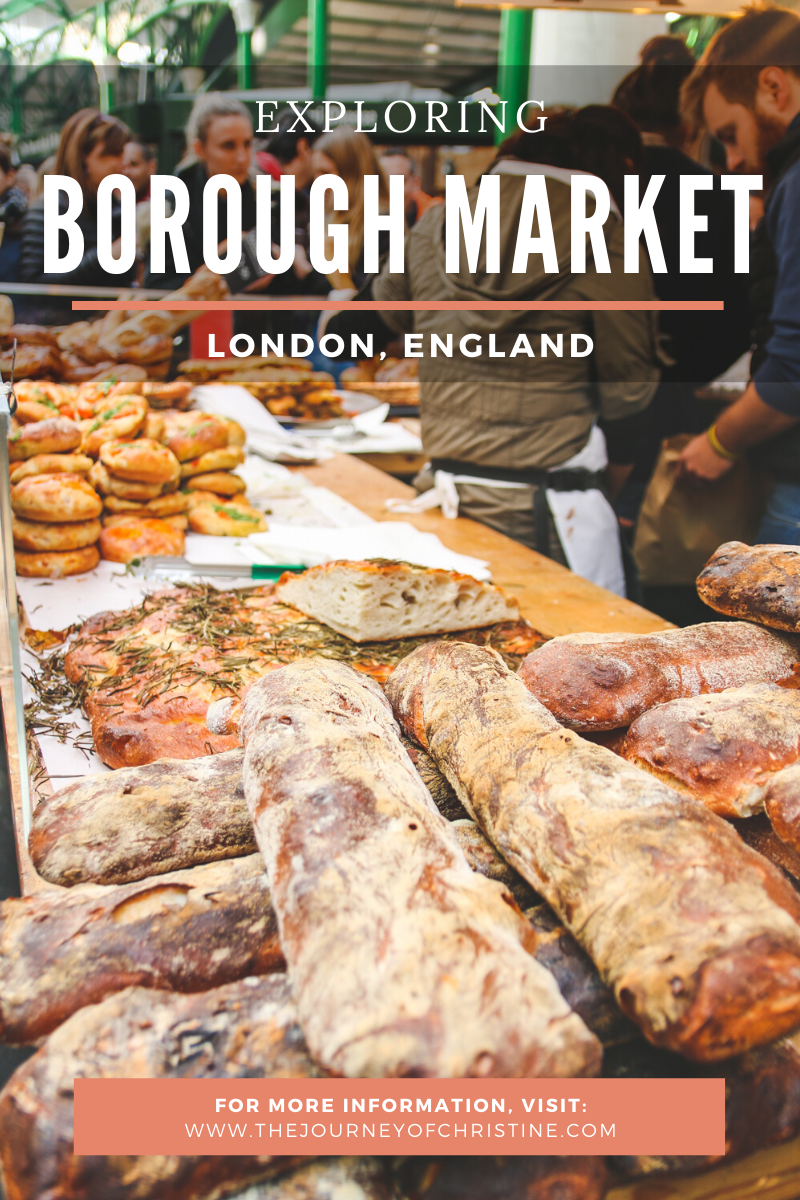 Have you been to Borough Market? What did you get to eat there?