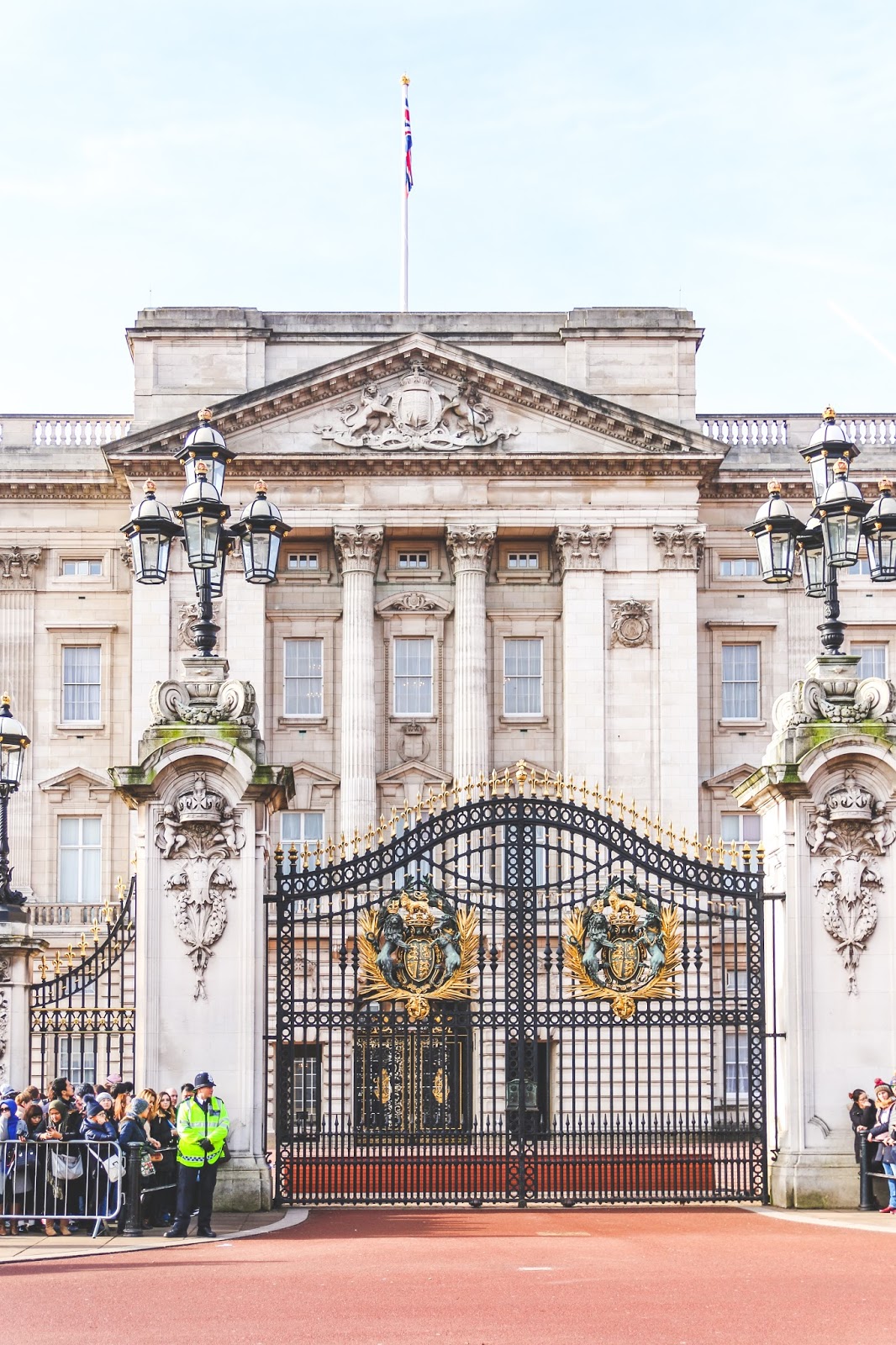 For my 26th 36th birthday, I decided to celebrate it in one of my favorite cities in the world, London. While it wasn’t my first time in this beautiful city, it was Lyndon’s so we had to hit up all the tourist stops which included Buckingham Palace and watching the Changing of the Guard.
The official start time for the Changing of the Guard ceremony is 11:00 AM at Buckingham Palace. If you would like to get a decent view for the event, I recommend getting to the palace at least 30 minutes early. I have been twice now, once in the summer and once in the winter, and both times have been packed. This is London we are talking about, is there such a thing as “off peak”?
While most of the action happens inside the gates of Buckingham Palace, there is still plenty to see right in front. The Queen’s Guard (old and new), the Household Calvary, and the band all march in the street between the palace and Victoria Memorial.
For the best view (in my opinion), I would stand on the Victoria Memorial side, facing Buckingham Palace and if possible, find a spot where you can look inside the main center gate. Lyndon and I got to the palace almost an hour before showtime and we got the perfect spot. This way you can watch the parade and still get to see what is going on behind the gate. Another good spot is on the Buckingham Palace side right along the gate. From this spot, you will not be able to see a lot of the parade but you will get to see everything happening behind the gate (depending on your angle).
The ceremony last about 45 minutes to an hour long, depending on how long the band plays for. You can obviously leave at any time you want but be careful cause they close a lot of roads during the ceremony and do not allow pedestrians to cross the street when the band is playing or when the Queen’s Guard is marching. Lyndon and I got a good laugh at people trying to cross the street when they weren’t supposed to, or stopping in the middle of the road to take pictures when they were allowed to cross. Police officers on horseback made sure everyone was in line and them yelling at all the people who can’t follow directions made for pure entertainment. 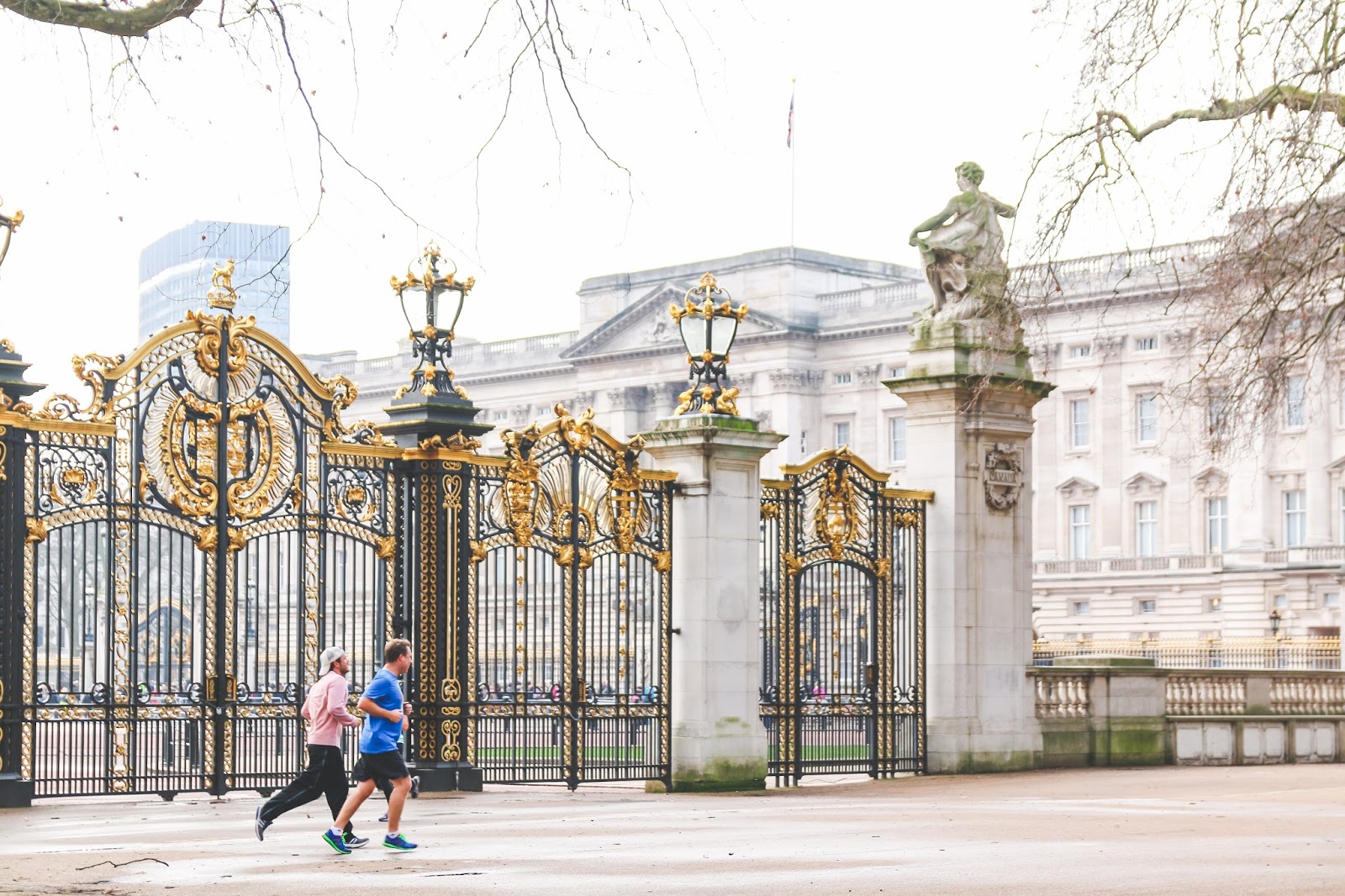 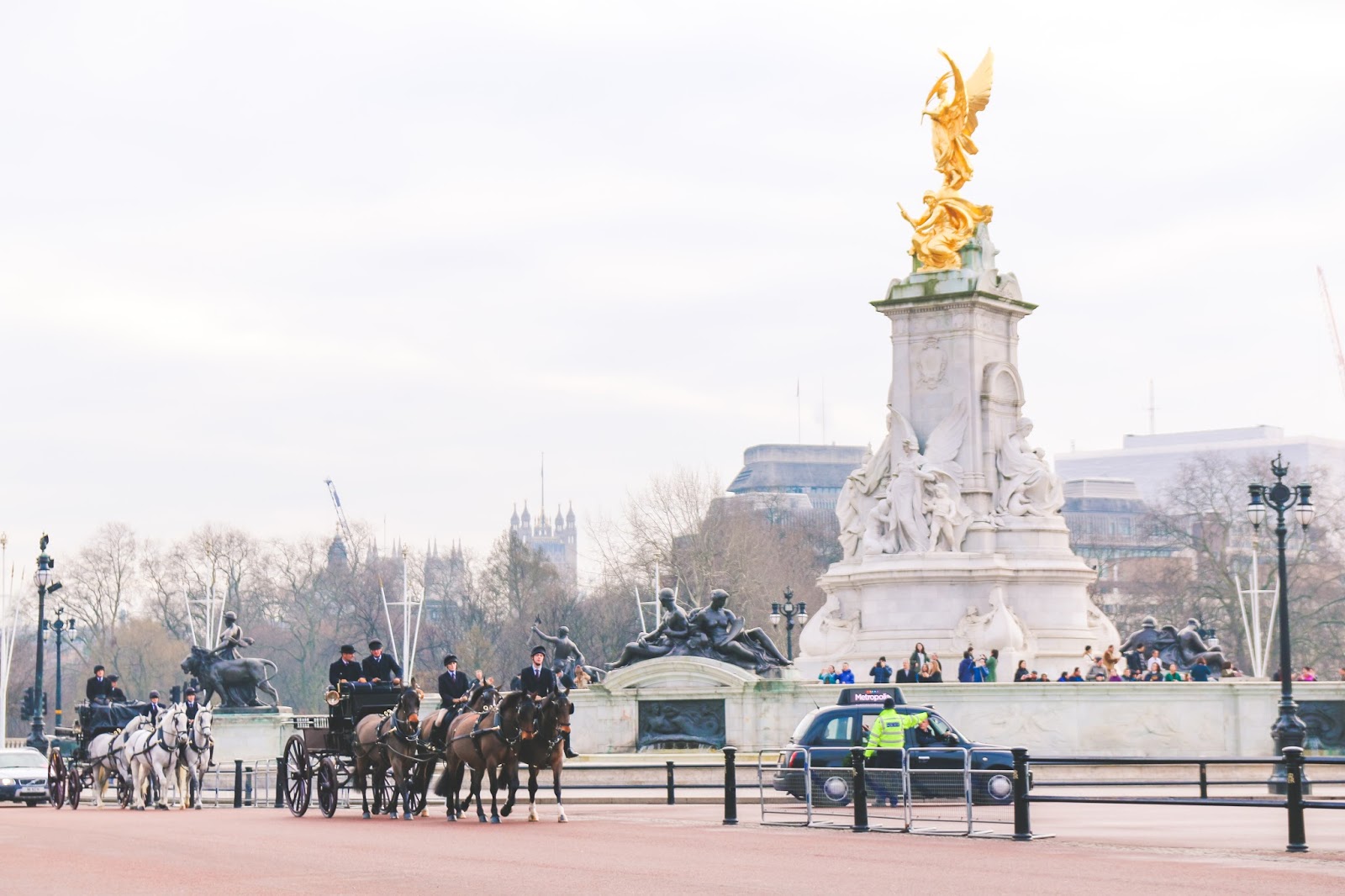 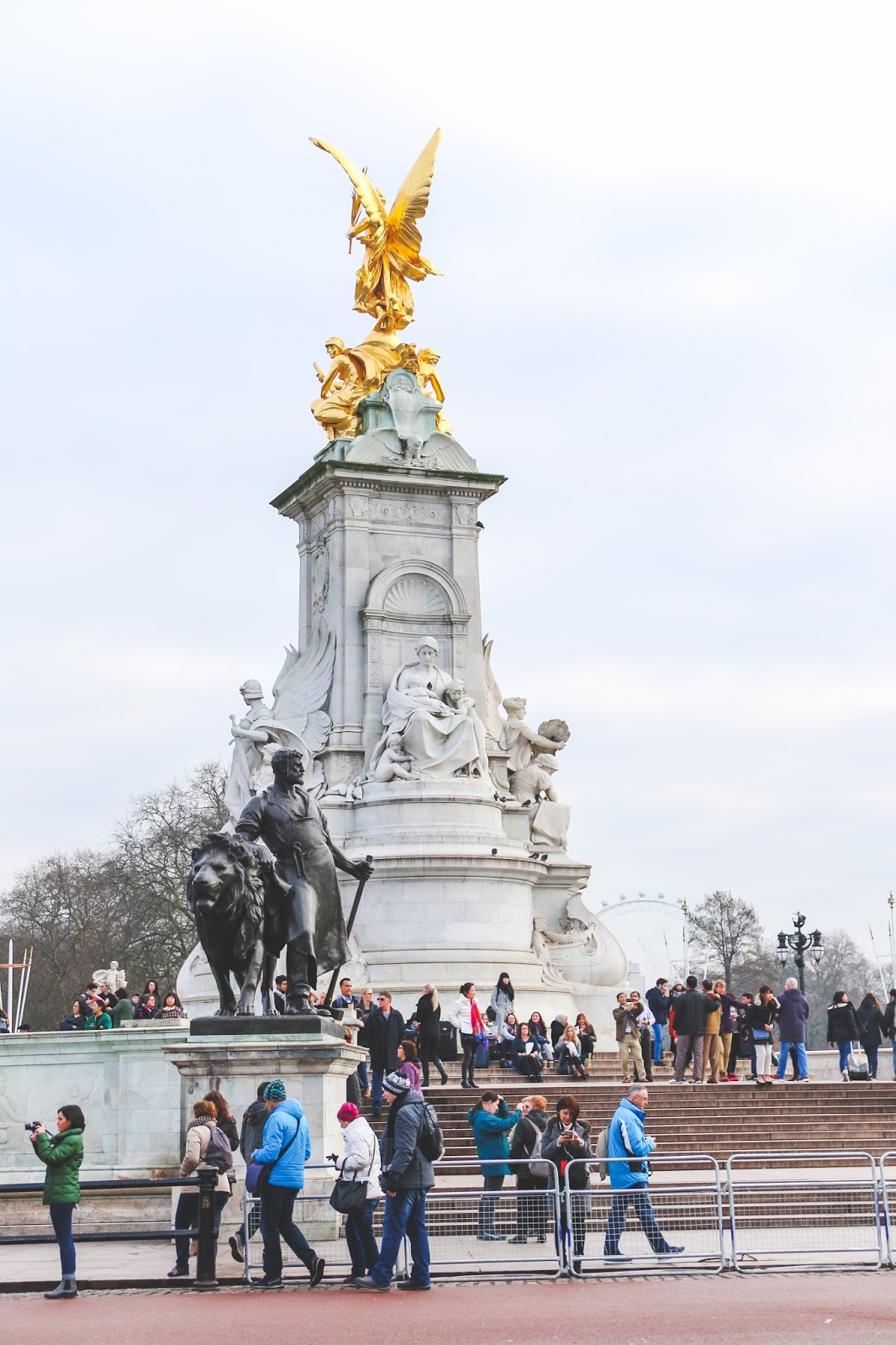 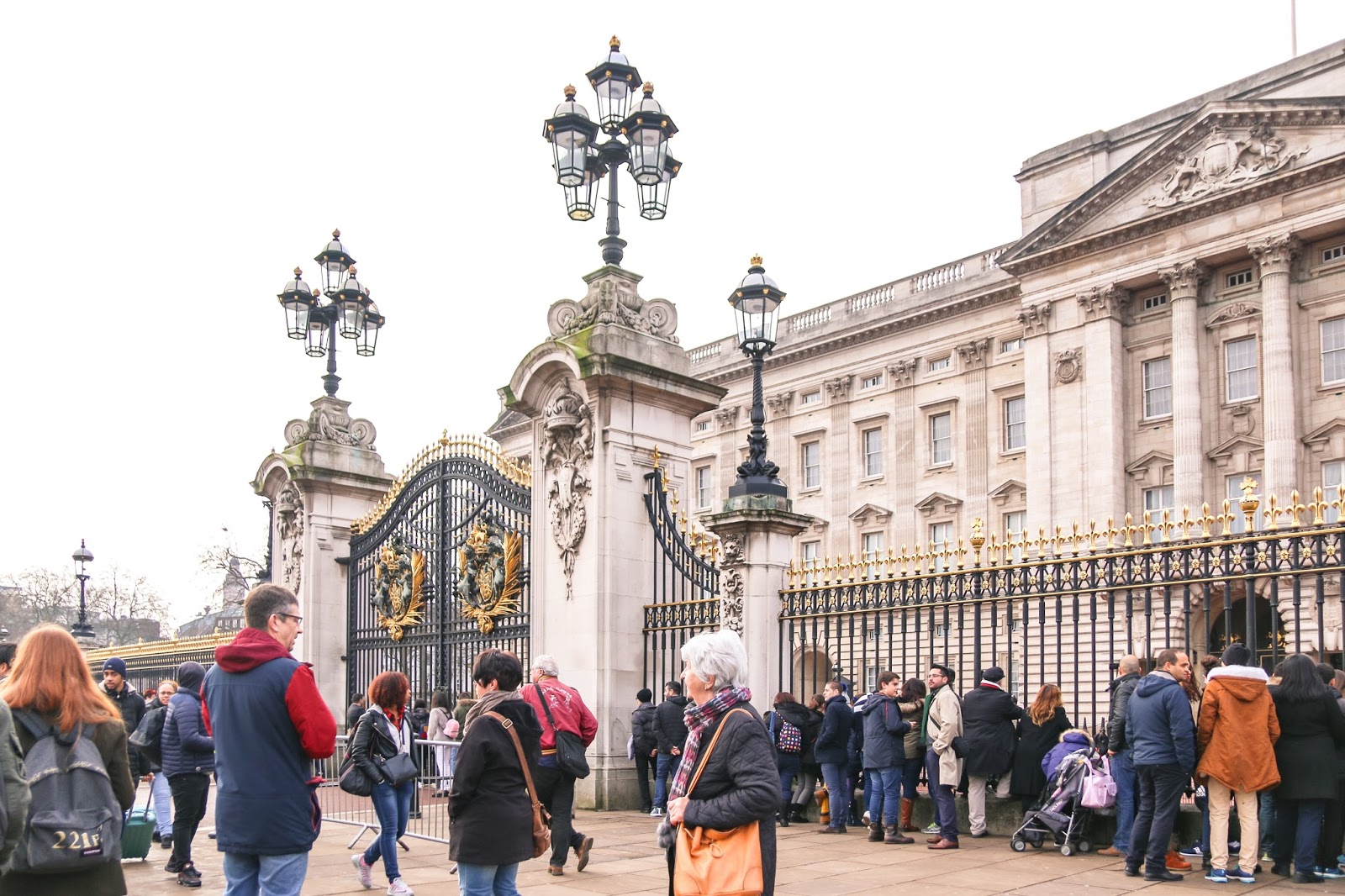 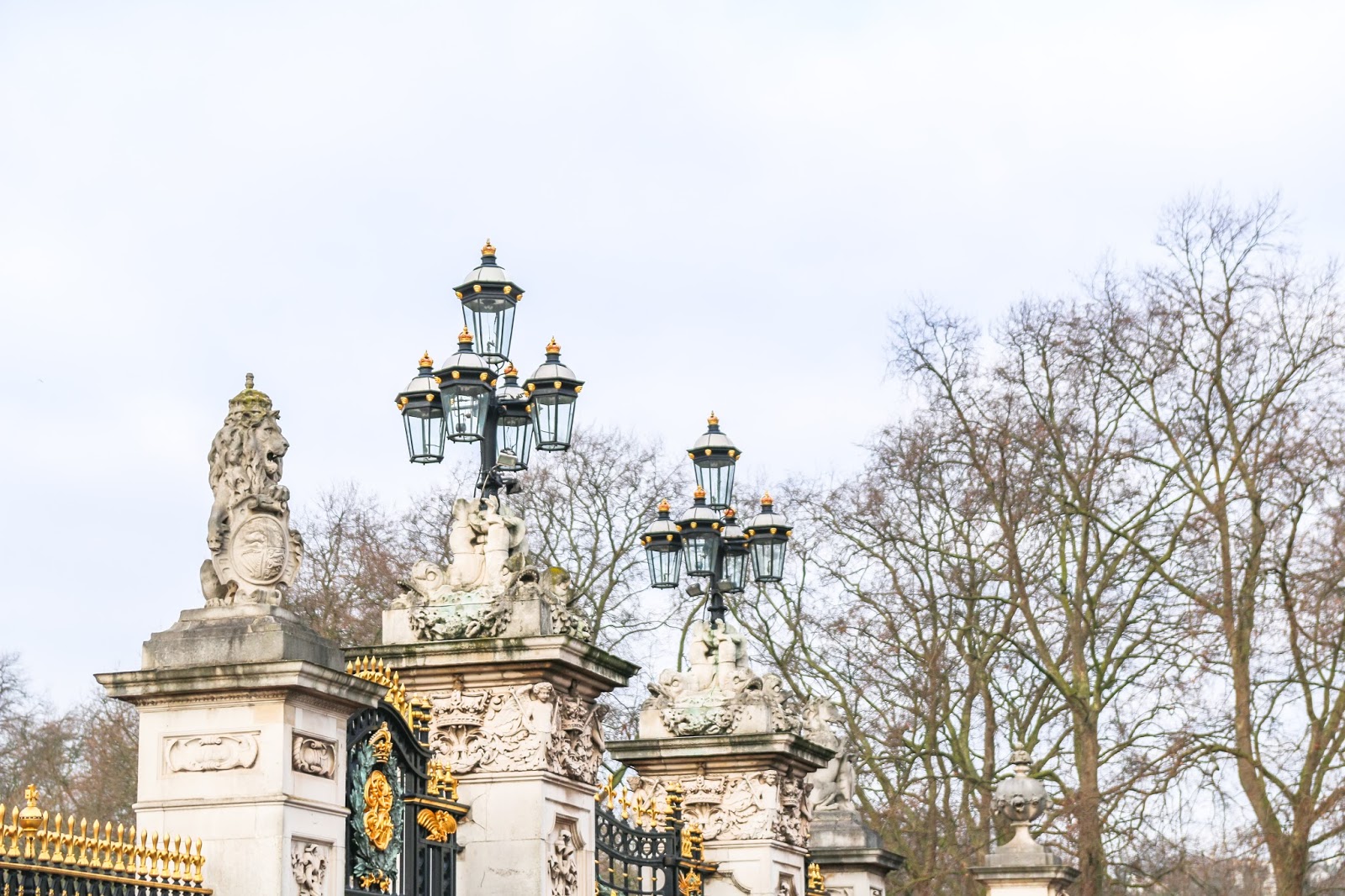 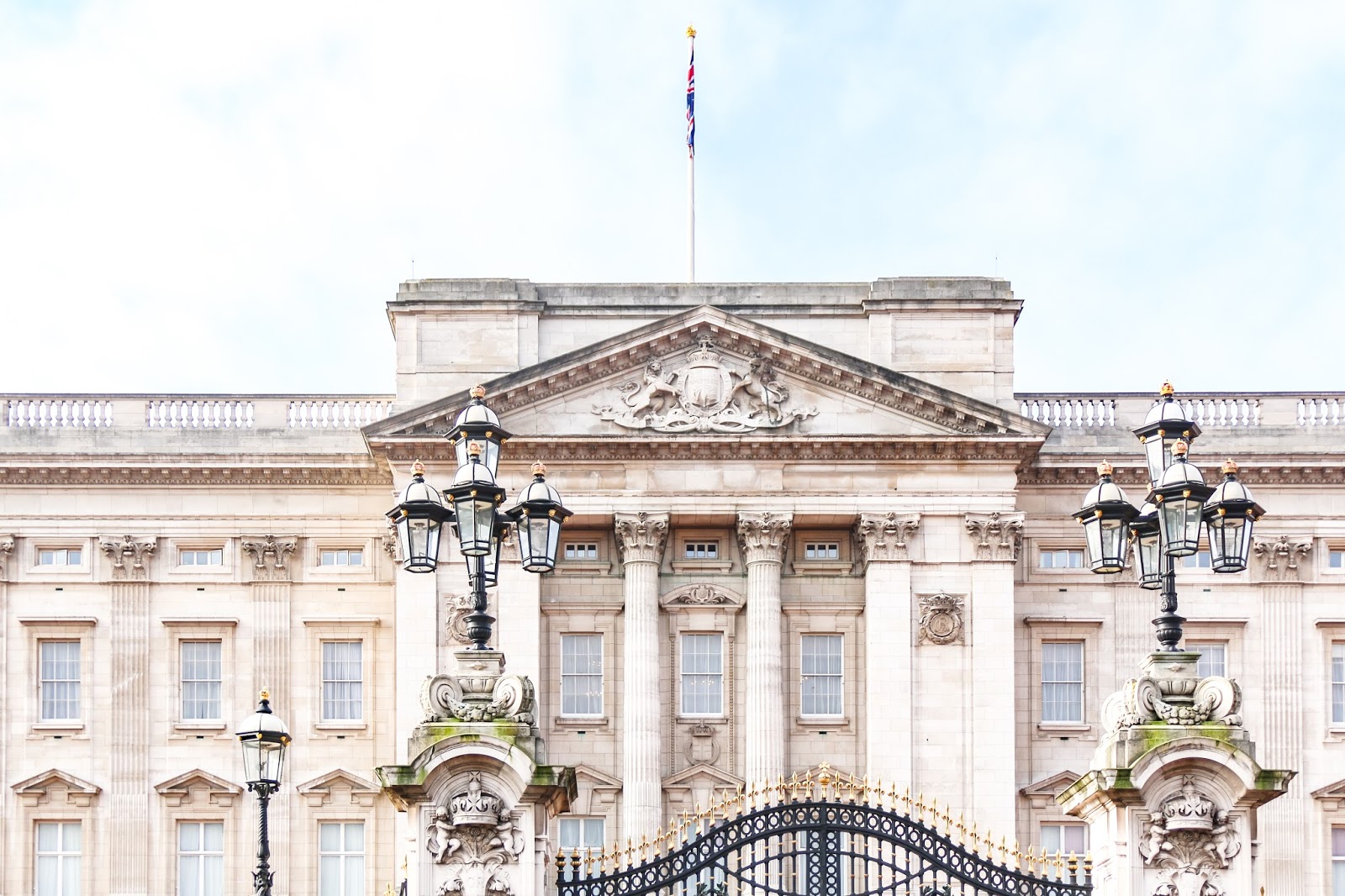 While the Changing of the Guard is super touristy and very crowded, I feel like everyone should see it at least once in their life (especially if you are in London). It’s fun to watch a ceremony that is over 300 years old (it started at the Palace of Whitehall before it was burnt down in 1689). For reference, the United States White House was completed 216 years ago. If you are planning on being in London and want to see the ceremony, here are some details!
WHEN:
Before you go, check out this website for Changing of the Guard dates. They do not have the ceremony everyday. In March 2017, they have the ceremony every Sunday, Monday, Wednesday, and Friday of the month. The official ceremony starts at 11:00 AM on these days.
WHERE:
The main show is at Buckingham Palace. There is also a ceremony at Windsor Castle if you make your way west to Windsor (beautiful town if you have the time). You can also see troop movement at St. James’s Palace and Wellington Barracks starting at 10:30 AM on ceremony days.
NEAREST UNDERGROUND STATIONS:
Green Park – 8 minutes walk
St. James’s Park – 9 minutes walk
Victoria – 10 minutes walk
Hyde Park Corner – 11 minutes walk 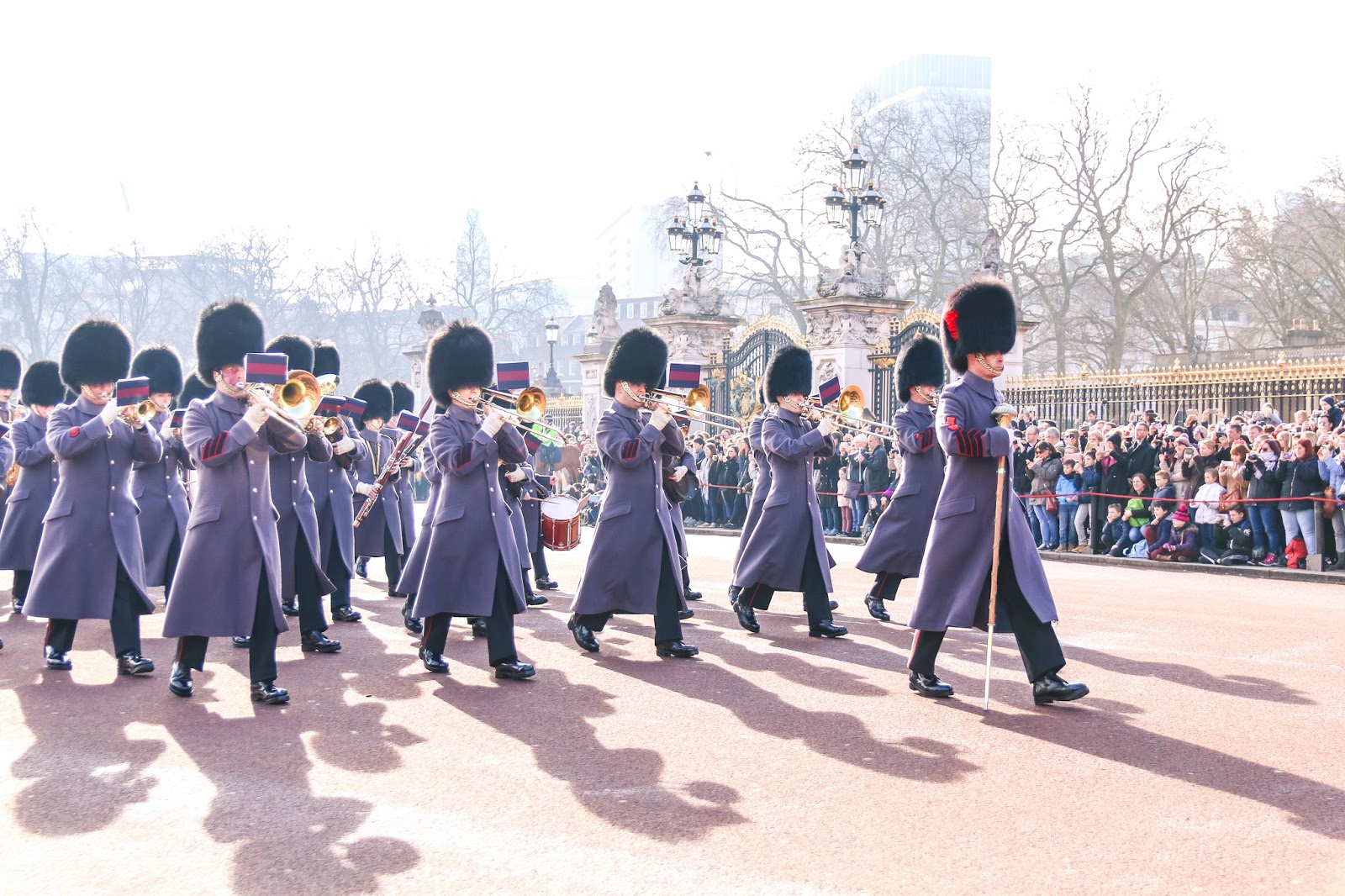 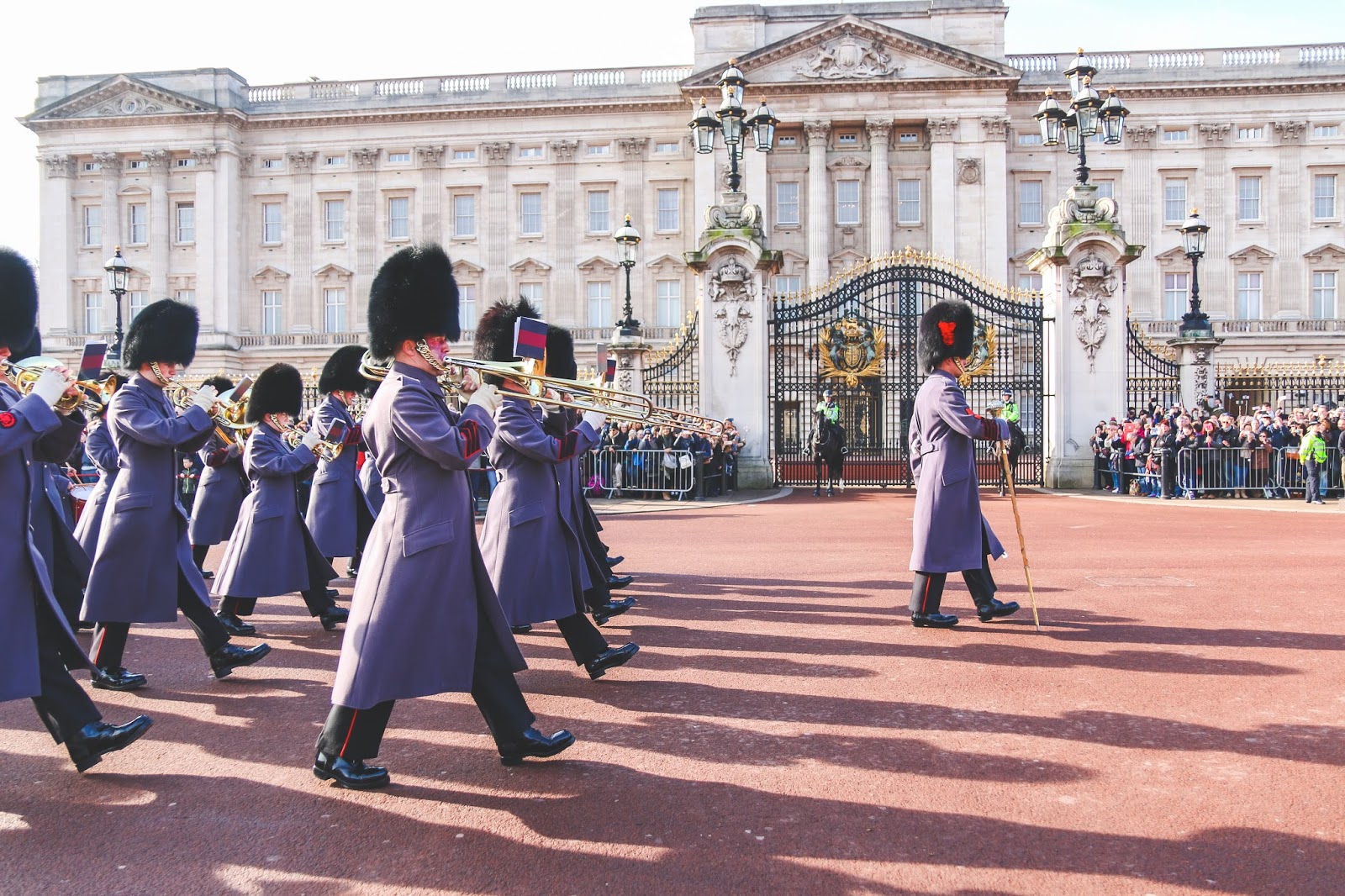 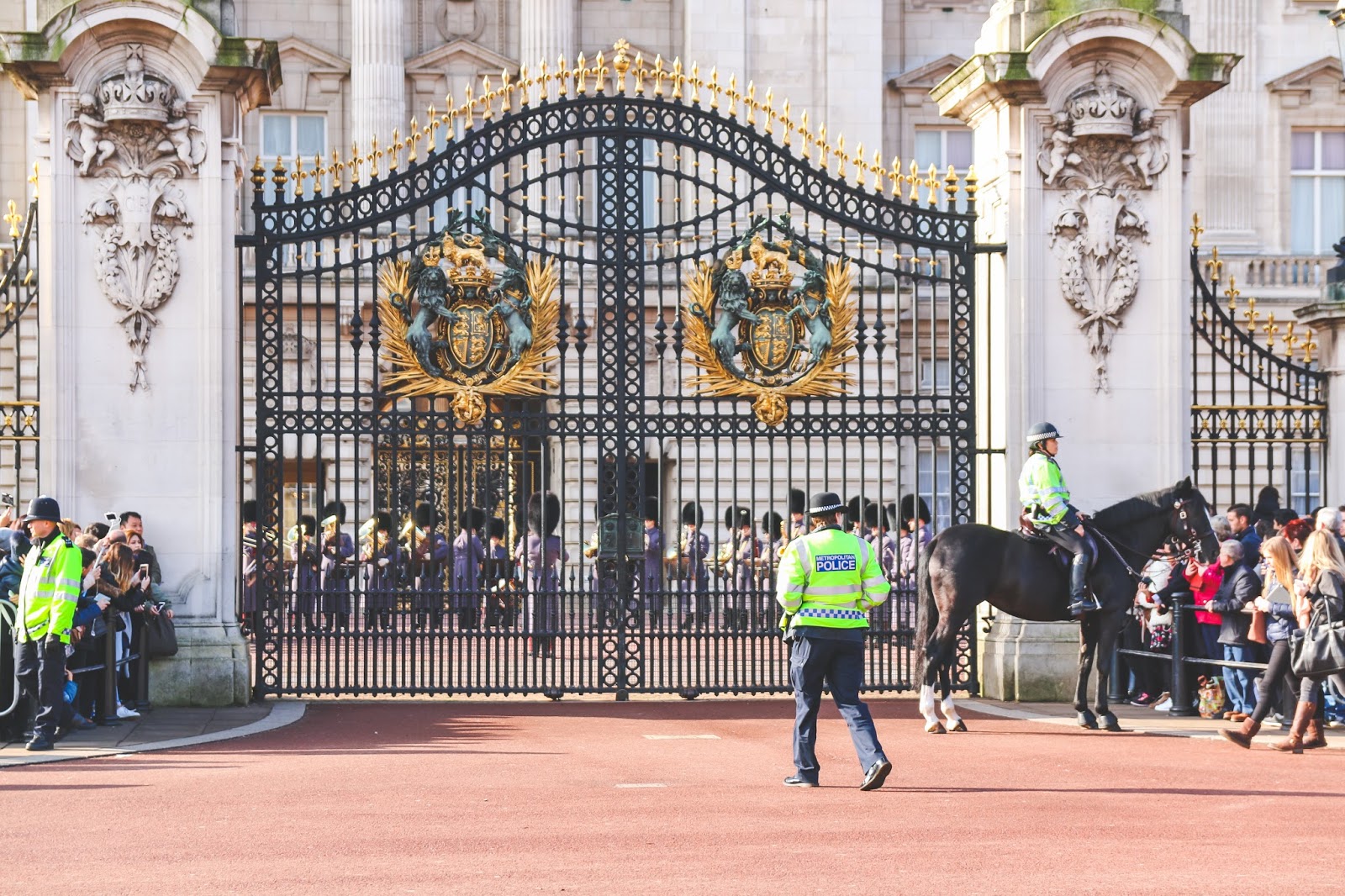 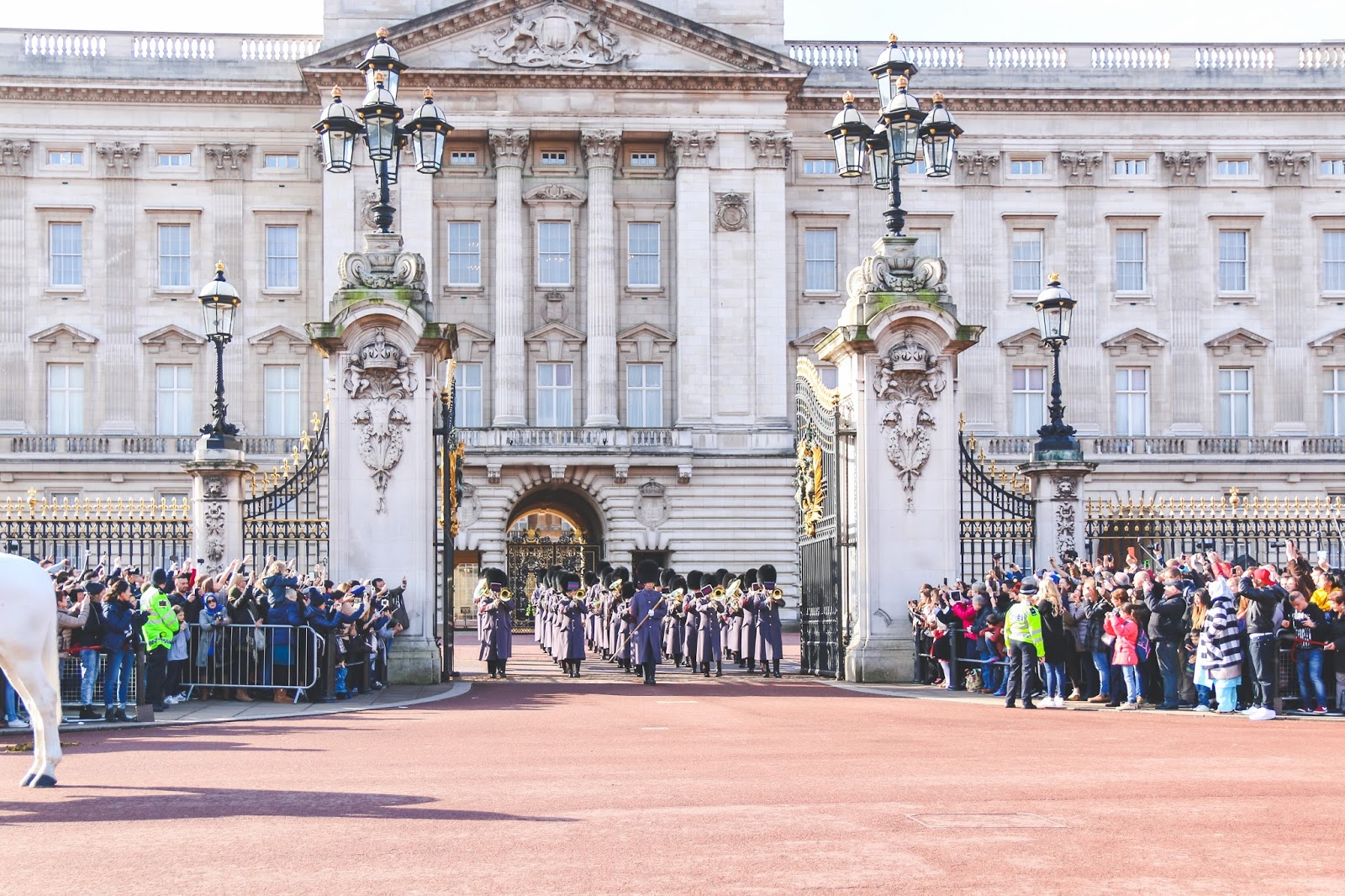 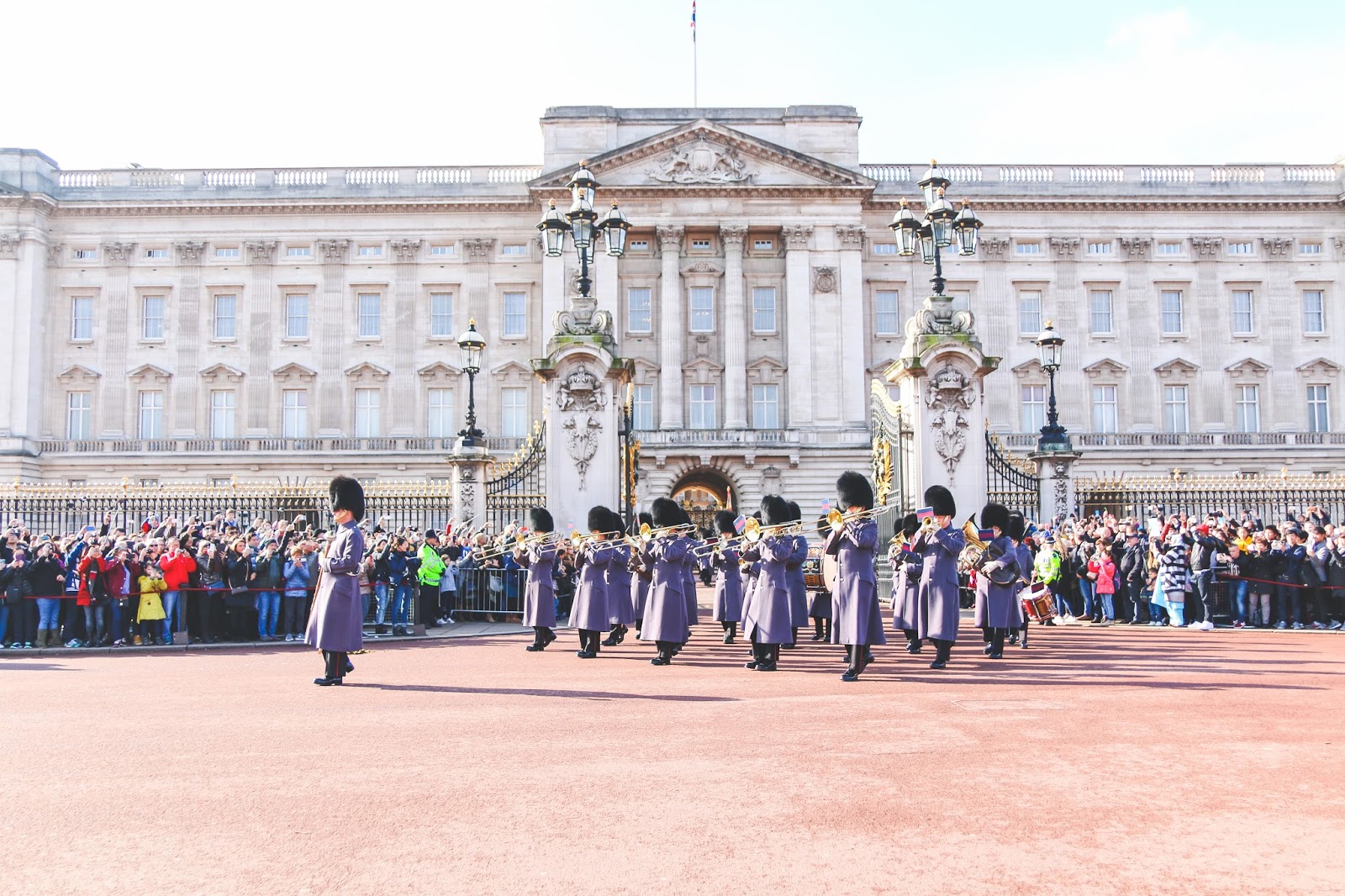 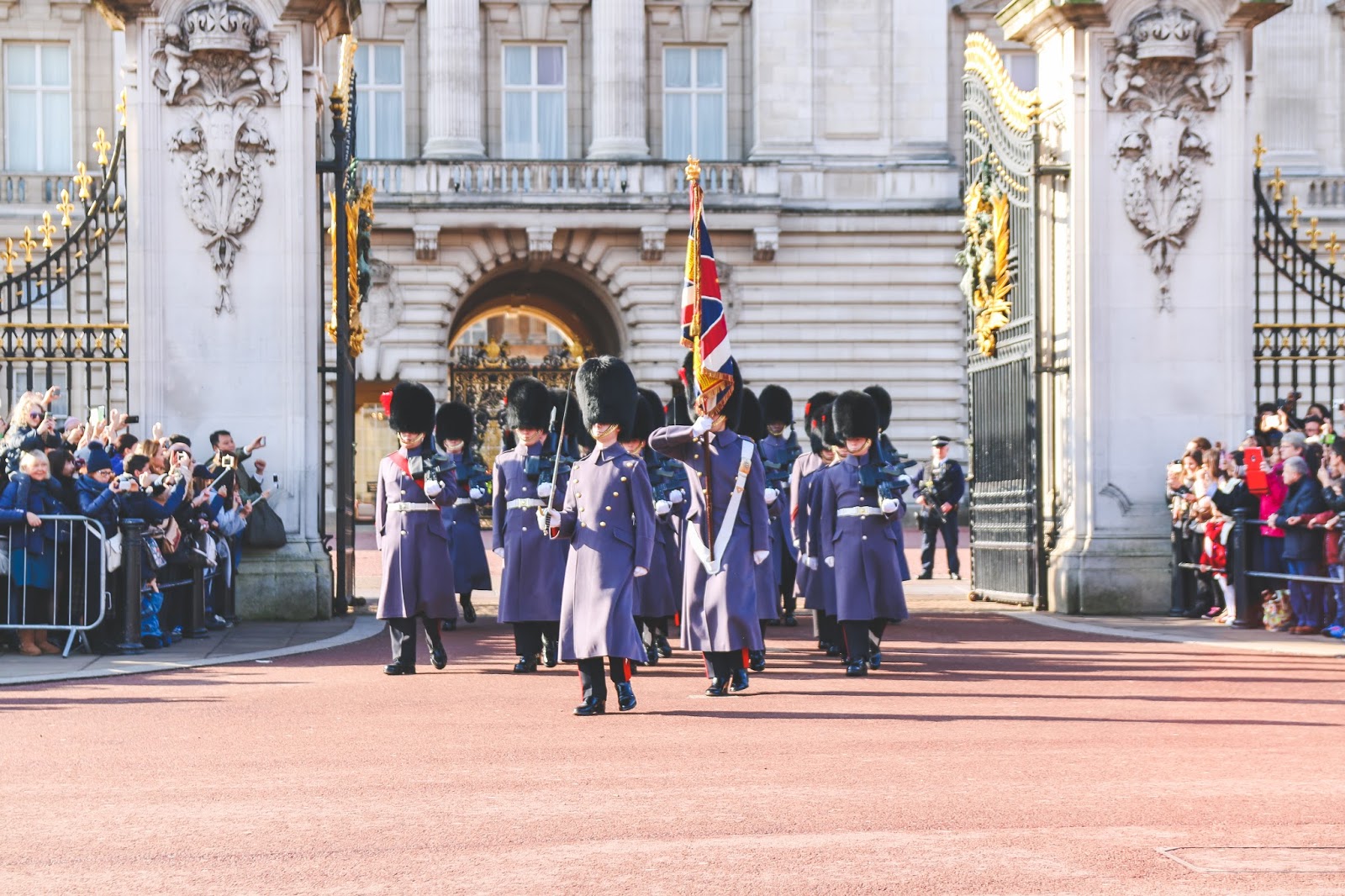 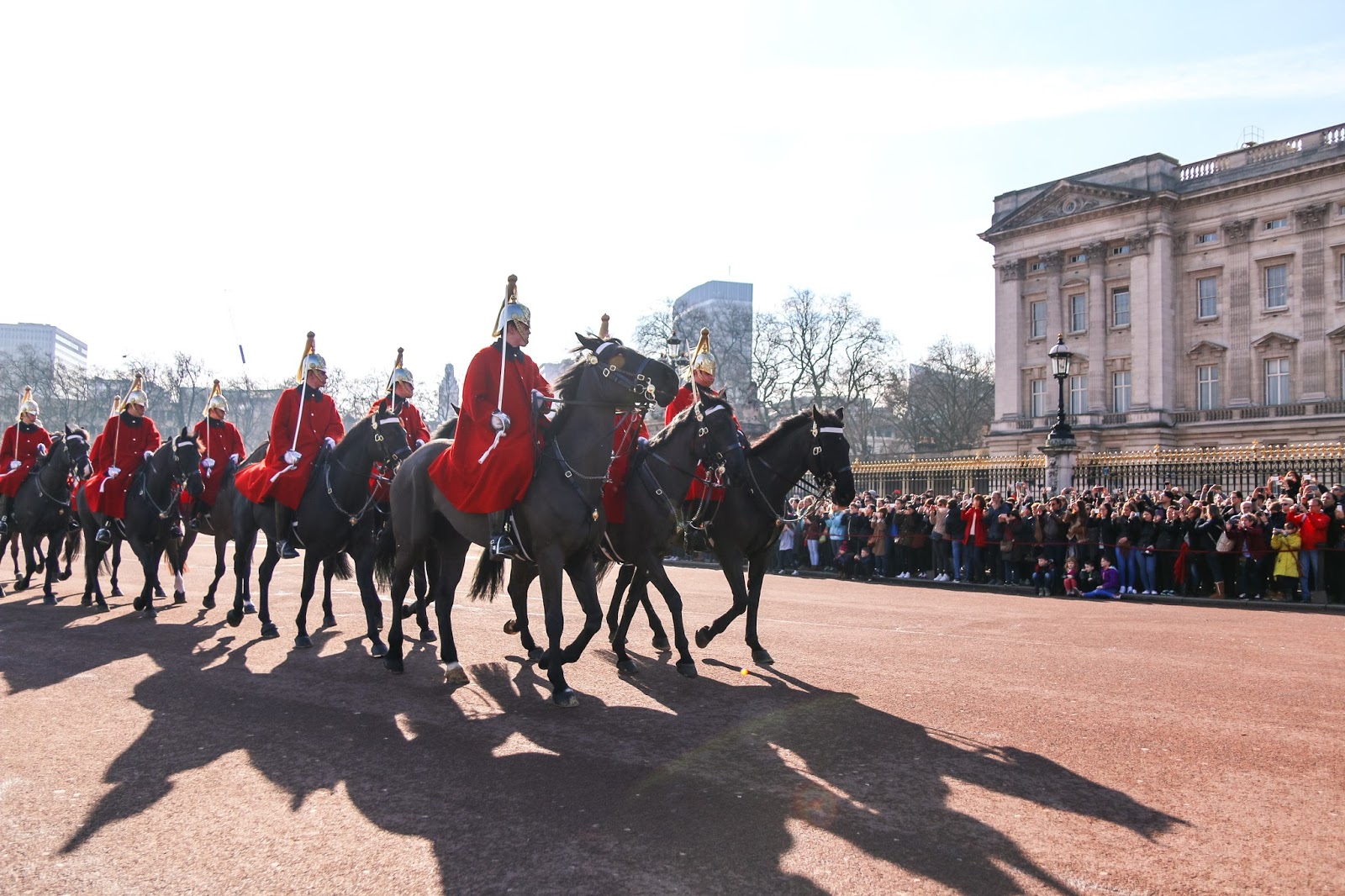 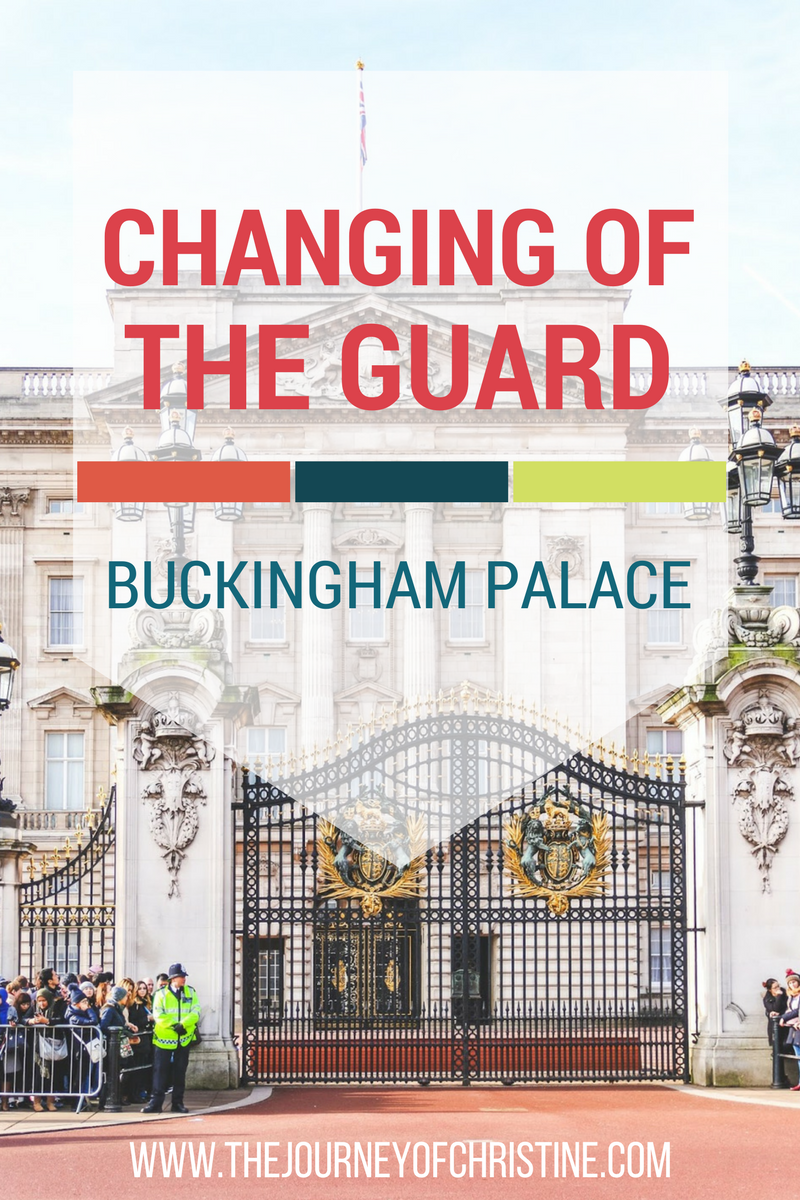 Have you seen to the Changing of the Guard? What were your thoughts?