Awhile back I did a post about “My Favorite Filming Location: New York City” so I thought why not write about my 2nd favorite filming location, London. After visiting London a few years ago, it quickly became one of my favorite cities. As a teenager, I always wanted to live in NYC, but as an adult, I would love to live in London.

Here is a list of some of my favorite movies set in London. I know I’m missing some of the classics like Mary Poppins and Oliver!, and I’ve never actually seen Bridget Jones’ Diary. But these movies below totally capture that London feeling. While sometimes I will sit through a not-so-great movie just because it is set in New York City, most of these London movies are actually really good and definitely worth a watch.

1 | Love Actually
Come to my house during Christmas time, and most likely you will find this movie playing. When I meet people who tell me they have never seen this Christmas classic, it boggles my mind! Plus it’s nice to see Andrew Lincoln (aka Rick Grimes) using his natural accent.
2 | Harry Potter

This summer, my son and I started watching all the Harry Potter movies in order starting with The Sorcerer’s Stone. Now, we only have Deathly Hallows: Part II left. No matter how old or young you are, these movies (and books) never get old.

I started playing tennis when I was 8 years old and played competitively until my last match in college, so of course I would totally watch a movie called Wimbledon. While Kirsten Dunst’s and Paul Bettany’s tennis playing scenes were… ummm okay, I still enjoyed this mindless rom-com.

Seduction, lies, betrayal and even love… what more could you ask for? One of my favorite movies on this list, I totally enjoyed the intertwined relationship between the four main characters.

We all know (and love) that line: “I’m just a girl, standing in front of a boy, asking him to love her.” Aweee! Not only do we get to hang around Notting Hill for a couple of hours, but the soundtrack to the movie is also fantastic.

Speaking of 2nd favorites, this is my 2nd favorite Woody Allen movie after Midnight in Paris. While the title implies that this movie is about tennis (like Wimbledon above), tennis actually only plays a minor role in the movie. I don’t want to give anything away, but definitely give this movie a watch. It will entertain you from beginning to the very end.

I don’t know about you, but I totally love the revamped Guy Richie’s Sherlock Holmes movies. Robert Downey Jr. kills it as Holmes and I also like Jude Law as Dr. Watson. I really hope they make a third film cause I will be there if they do.

I never read this book, but I sure do love this movie. And I would be lying if I said I didn’t get teary-eyed during it. Filmed in London, Edinburgh and Paris, you get a beautiful backdrop in almost every scene. Plus, I laugh every time I listen to Anne Hathaway describe Mexican food to that one guy.

One of the darker movies on this list, V for Vendetta is about taking down a fascist government. Even though this movie is set in a futuristic Great Britain, it still captures everything I love about London. The accents, the Guy Fawkes mask… by the end of the movie, you will be chanting “Remember, remember, the 5th of November.”

This is Guy Richie’s second movie on this list and it’s a crazy one. It’s about a bunch of criminals going after a stolen diamond, what could go wrong? If you ask a group of guys, 8 out of 10 will probably say this is one of their favorite movies. The movie is madness, chaos and pure entertainment.

In future movie news, there are talks about setting the upcoming movie, The Girl on the Train (based on the wildly popular bestseller), in New York instead of in and around London. I’m a fan of both locations, obviously, but I’m hoping they will stick with the book and move it back to England. For those of you who have read the book, how do you feel about this possible change? 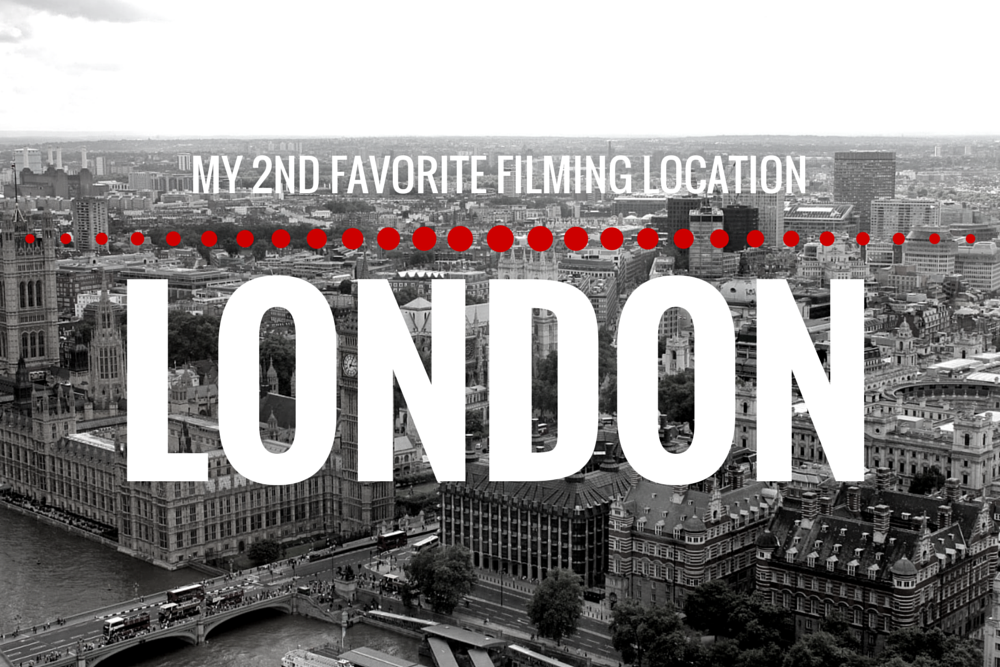 I am linking up these link-ups and blog hops!