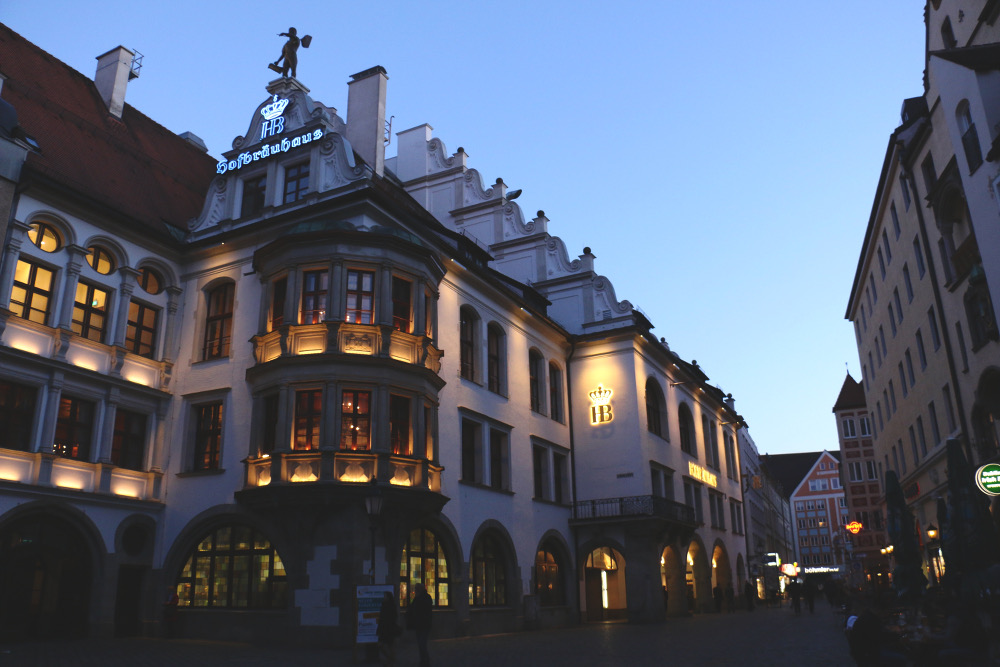 During my stay in Munich this past spring, I headed to Hofbrauhaus one night for dinner and what else, bier! It was perfect timing cause the afternoon I decided to go, it was pouring outside and I couldn’t “sight see” anyways.
Now, there are 6 Hofbrauhaus restaurants in America (Kentucky, Pennsylvania, Illinois, Nevada and 2 in Ohio) and 1 Hofbrauhaus beer hall in Florida. While I’m sure all US locations are fun, there’s nothing like the OG in Bavaria.
So here are five reasons why you should definitely stop by Hofbrauhaus the next time you’re in Munchen.
1 | Amazing Atmosphere

This place was packed. I can only imagine how crazy it can get during peak season and during Oktoberfest. You can find tourists and locals alike inside which gives the crowd a good mix. It’s communal seating so don’t be shy and grab a seat and make new friends! I sat next to some American college students for a while and watched them play drinking games and then they left and a group of older Swedes sat down. They are all retired and wanted to take a “boys trip”, pretty awesome. One of the guys actually did some work in Houston and he was wearing a Texas belt buckle that night! 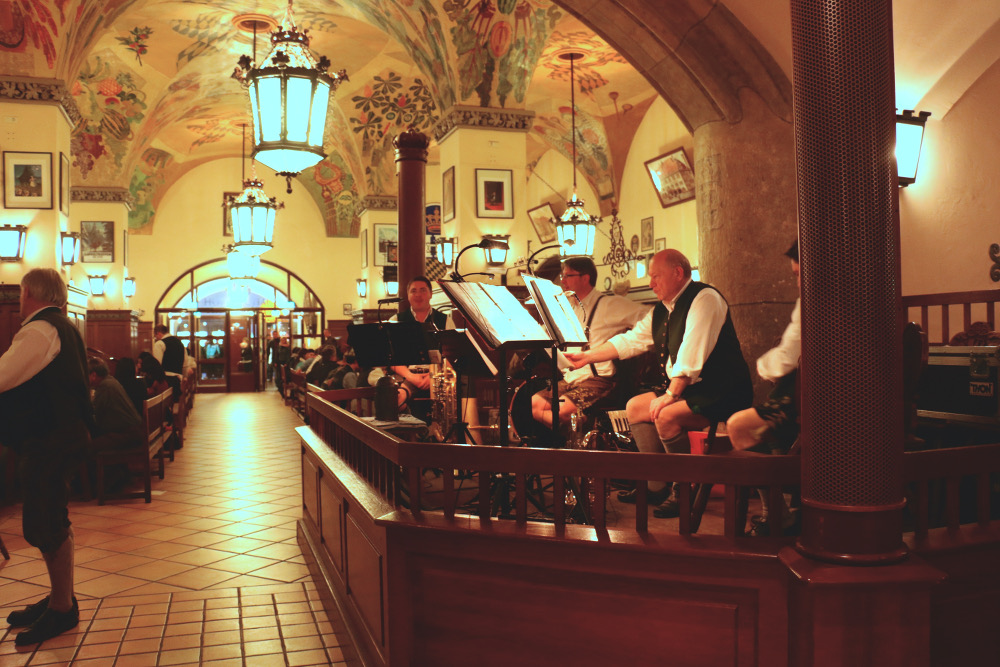 At first I was a little unsure about order the pork knuckle but the group of college kids I was sitting next to said it was awesome so I ordered this popular Bavarian dish. Verdict, it was actually really good. Don’t let it intimidate you. It is pretty big so sharing is not a bad idea. It comes with a potato dumpling which is also popular in that neck of the woods. Oh and if you’re wondering, the pork knuckle is located right above the ankle on a pig (if pigs had ankles).

Pretzels and beer the size of your head. Welcome to Hofbrauhaus! The pretzels were crazy good (like pretty much all pretzels in Germany) and the beer, well I mean c’mon you’re in Germany. I haven’t drank that much beer in forever. I was good after two but then those crazy Swedes bought me a round and the rest of the night was a blur. Great times! I was totally craving some German beer after the trip so I was ecstatic to learn that our local Spec’s carries Hofbrau!

Yes, when you’re inside the beer hall, you might be sitting next to someone drunker than a skunk but this place has definitely seen its fair share of famous patrons. Presidents J. F. Kennedy and G. W. Bush both drank a beer there, and Wolfgang Mozart lived around the corner from Hofbrauhaus back in the late eighteenth century and made several visits to the beer hall. Now, many many years later, the tradition continues. They don’t even have WiFi (which is a good thing!). 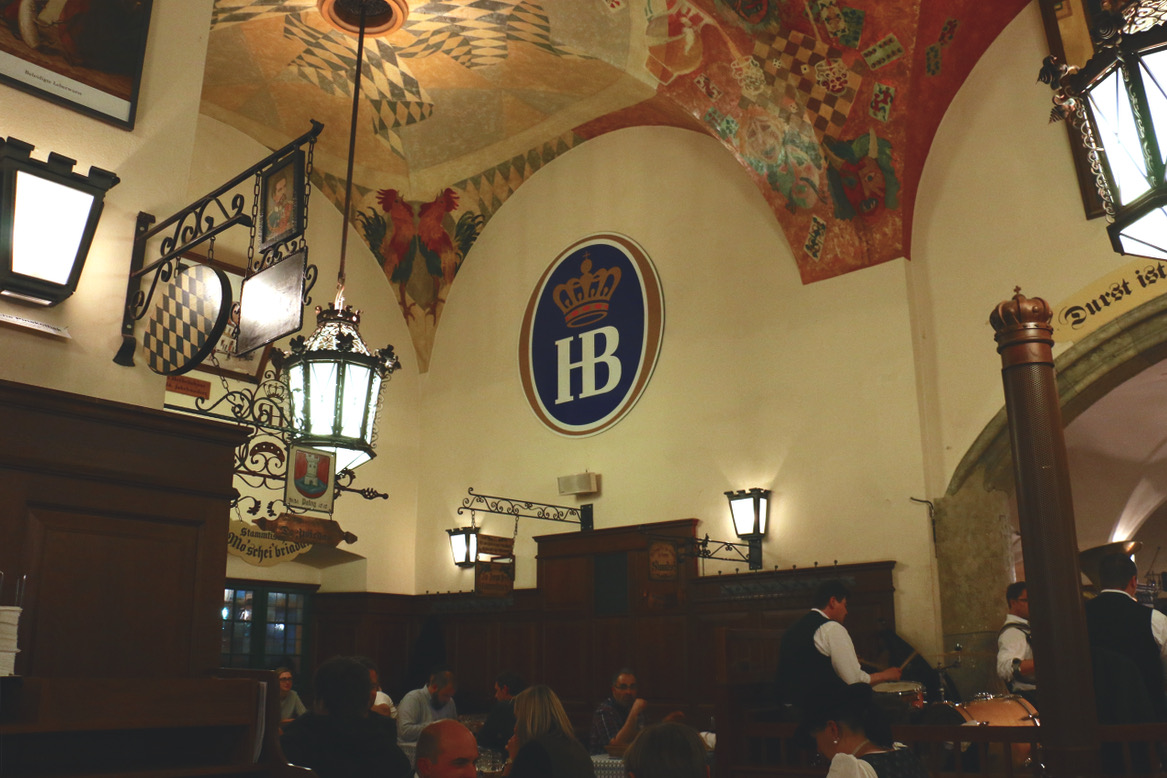 Hofbrauhaus was originally built in 1589. In 1828, the general public was admitted thanks to Ludwig I of Bavaria. Sixty-nine years later it was completely remodeled and then during WWII, everything was destroyed except for the bottom floor. It wasn’t until 1958 that the hall was completely rebuilt. This place has been through the wringer but still manages to give us a good time. 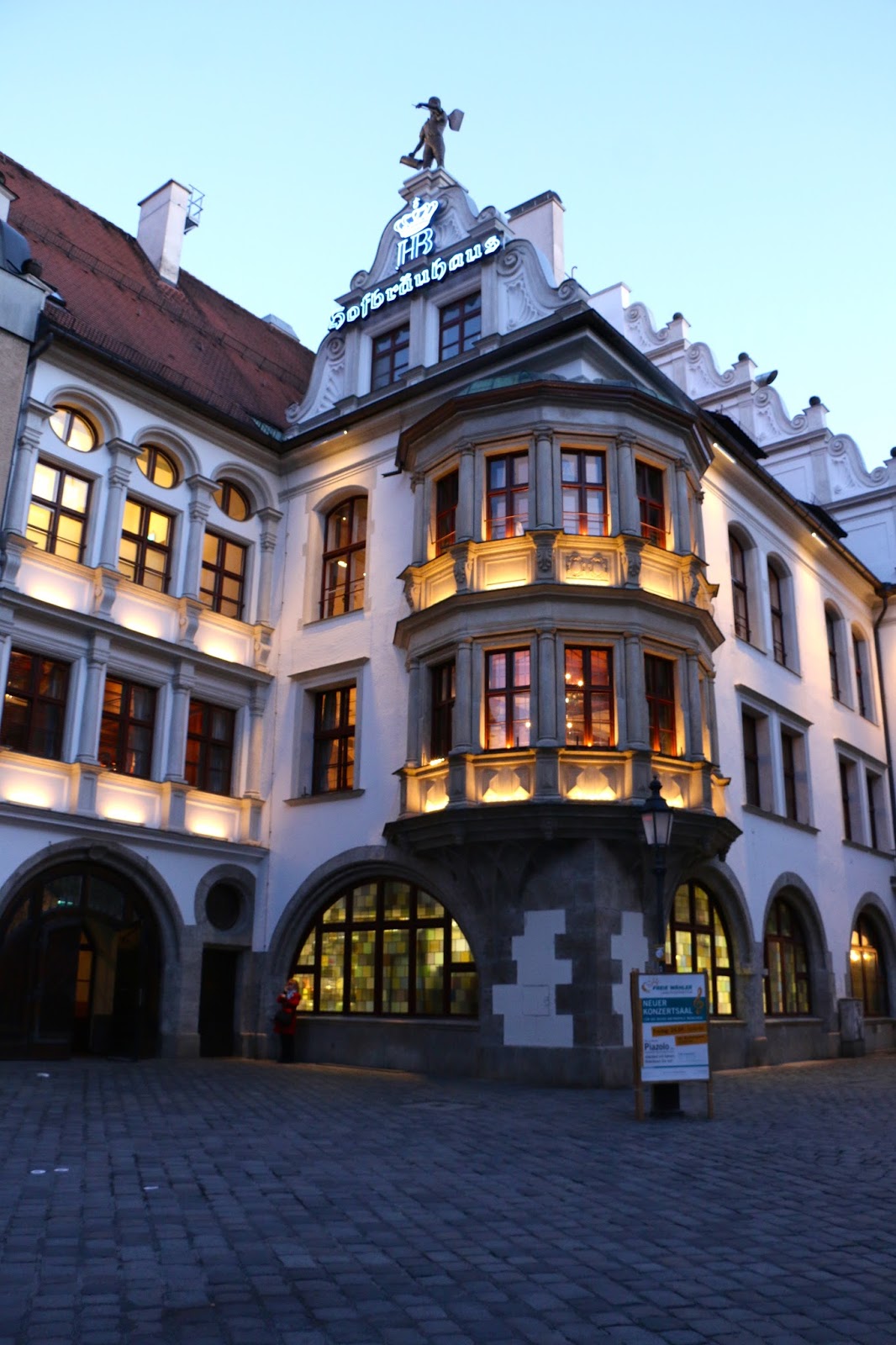