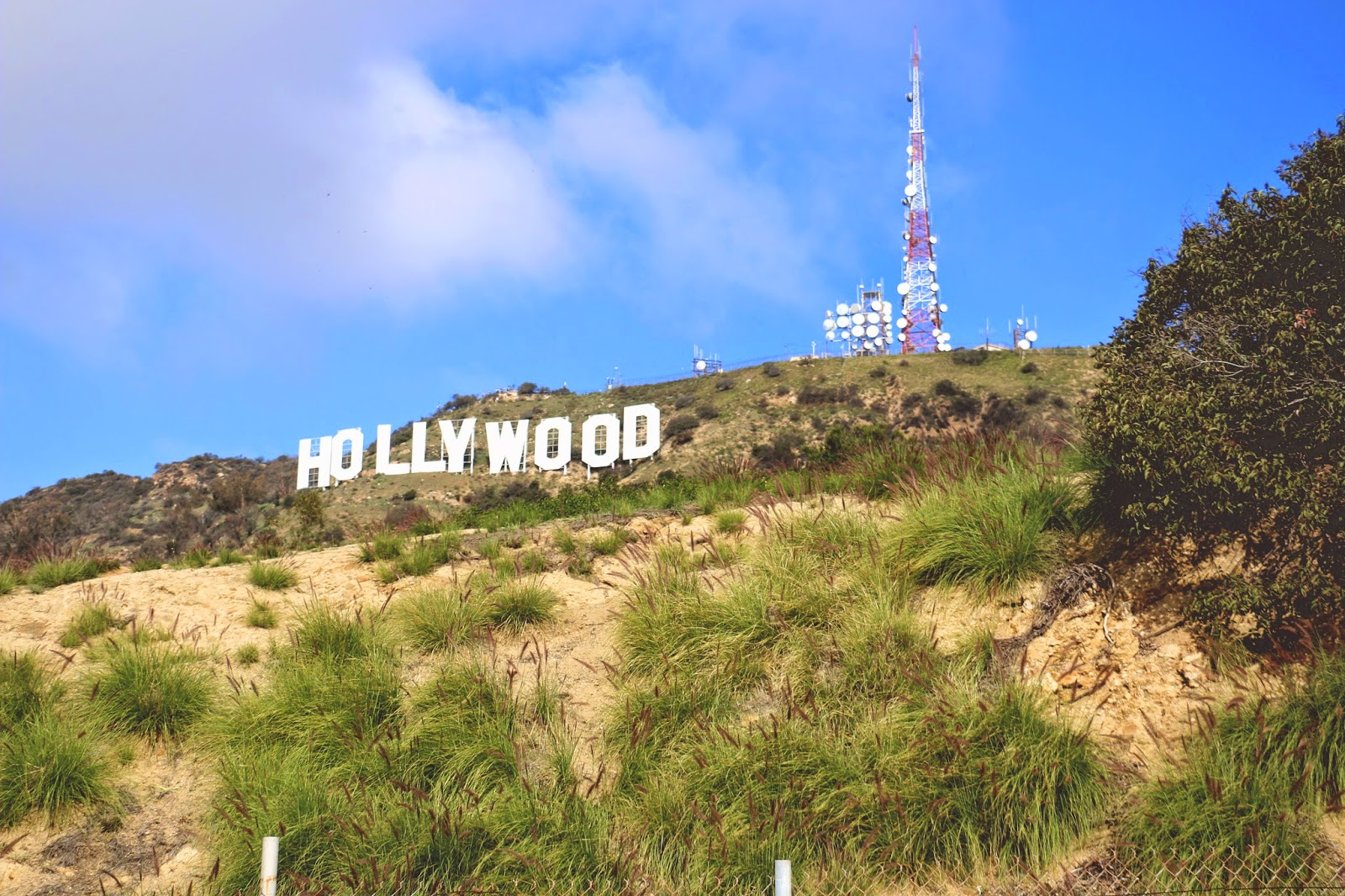 Update [May 17, 2017]: On April 18, 2017, Los Angeles city officials announced that the gates at the end of N. Beachwood Drive will be closed for good. The Sunset Ranch Hollywood Stables (which I mentioned in my original post) sued the city, stating that their customers were unable to get to the stables due to the high number of hikers and visitors that were using the access point. Bummer. But don’t worry, you can still hike to the Hollywood Sign by using Canyon Drive, which is two blocks east of N. Beachwood Drive or Canyon Lake Drive to the west of N. Beachwood Drive. Just be mindful of all the parking signs!

This past weekend I took a long weekend trip to Los Angeles to visit one of my best friends from college. It was so nice to get to hang out with her and her super cute baby and just relax for a few days. One of the highlights of the trip was our hike up to the Hollywood Sign. The Hollywood Sign was first erected in 1923 and read “HOLLYWOODLAND” and was only supposed to last a year and a half. It was left up after it became an internationally recognized symbol and “WOOD” was later removed after talks of rebuilding and repairing the original sign.

There might be other ways to hike the Hollywood Sign but we drove up N. Beachwood Drive from the 101 and found street parking right before Ledgewood Drive. From what my friend found out online, if you park past Ledgewood Drive, it becomes “No Parking” and you will get towed. After parking, we walked up N. Beachwood Drive until we saw a sign for the trail. If you see a horse ranch (like we did, oops), you went too far.
The trail is a nice hike and great for families and dogs. Honestly, the hardest/steepest part was walking from the street to the start of the trail. There are a few forks in the road once you get a little higher but we just asked the other hikers for directions and they were happy to help. You can also print out directions before hand from this website. At one fork, you can either go right and wind up above the Hollywood Sign or go left and wind up below it… we decided to do both! 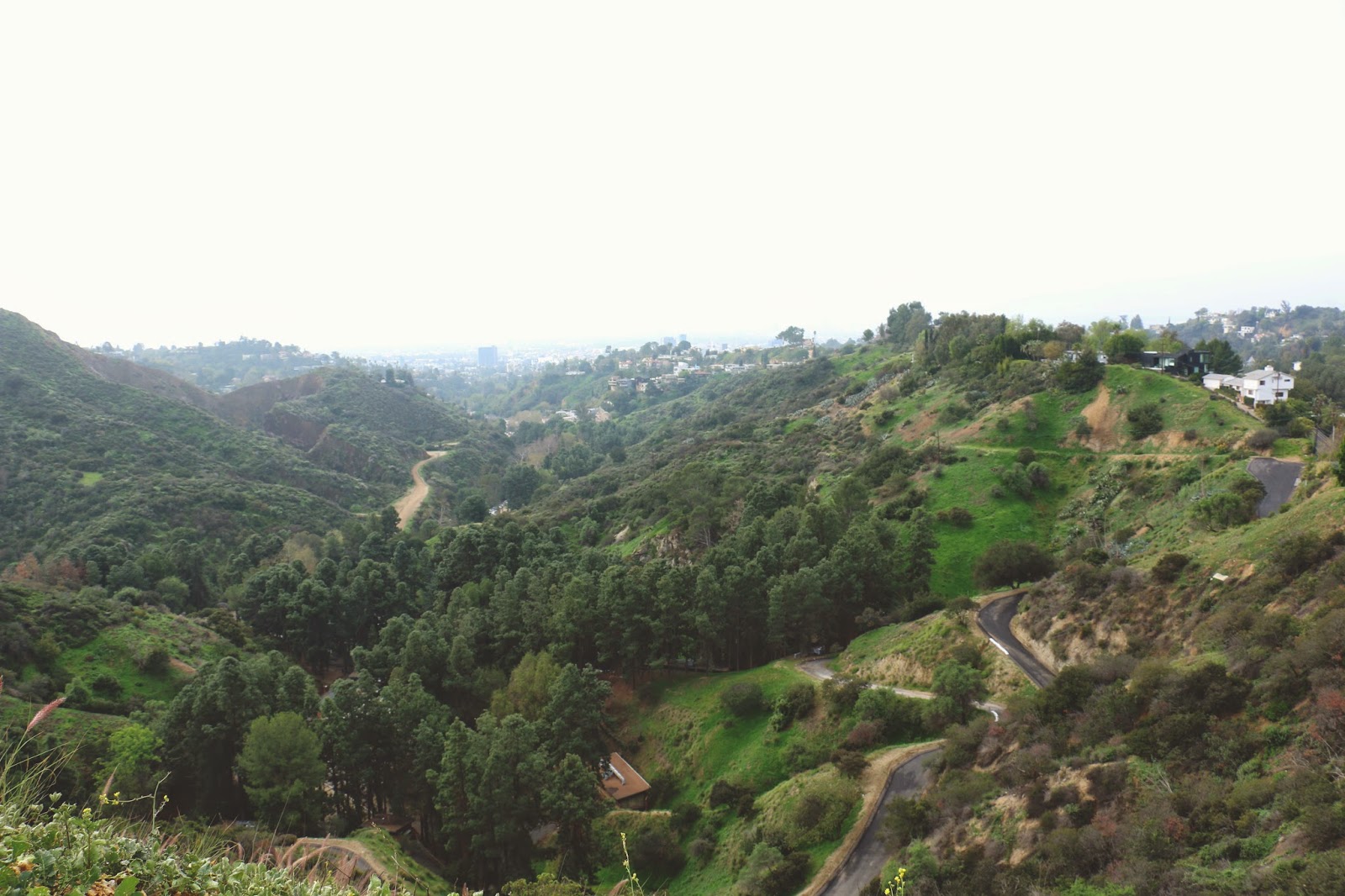 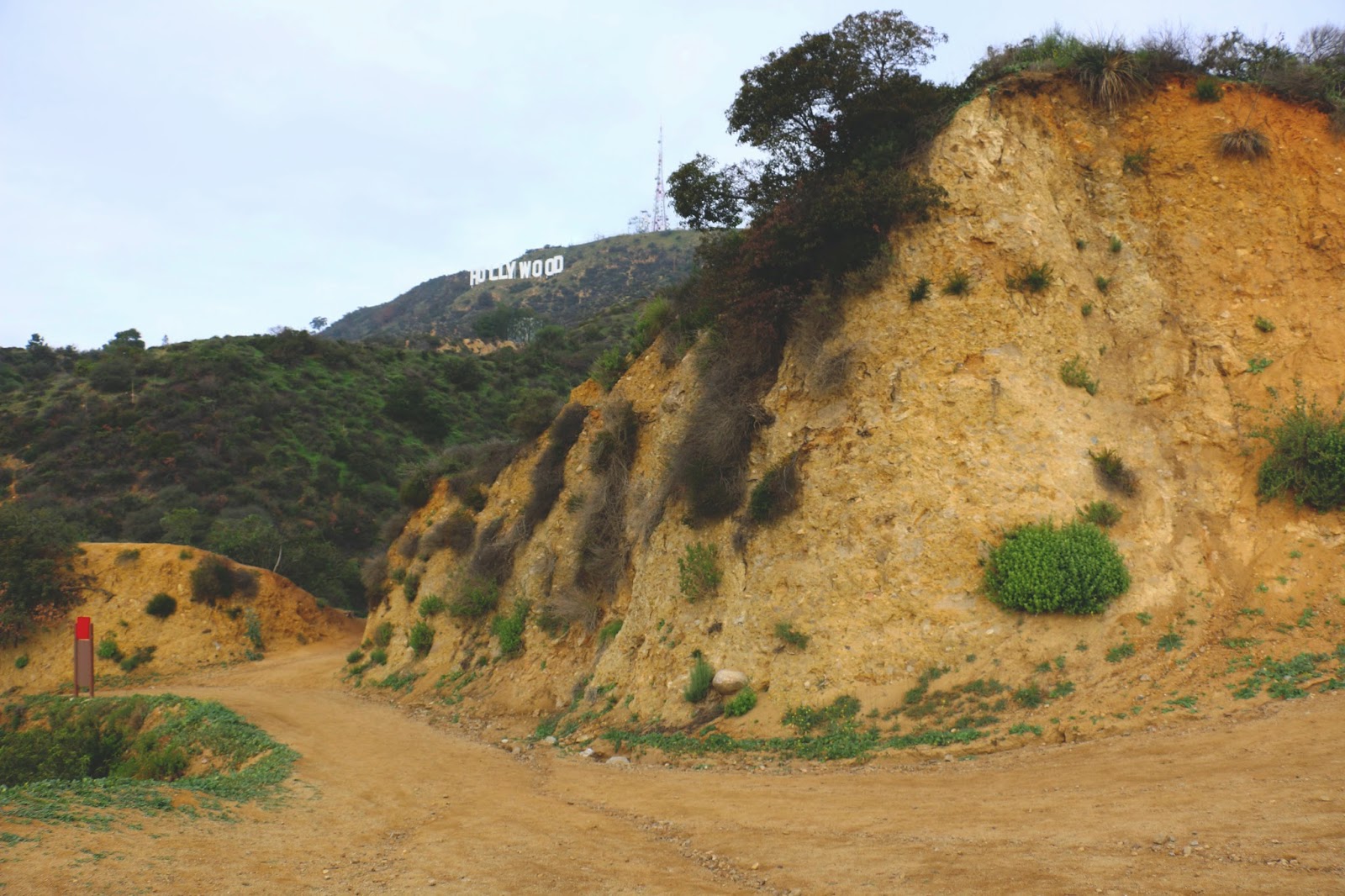 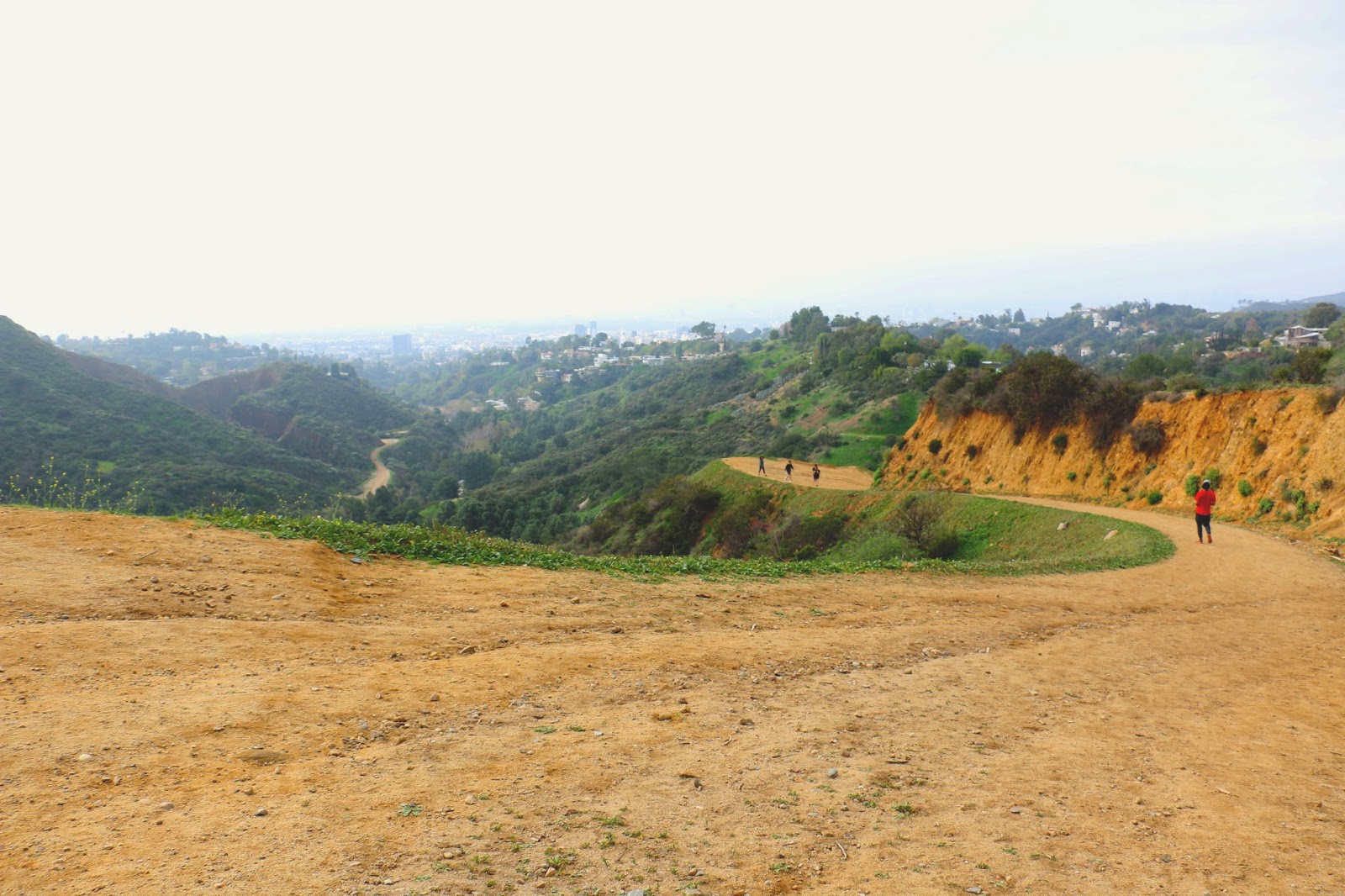 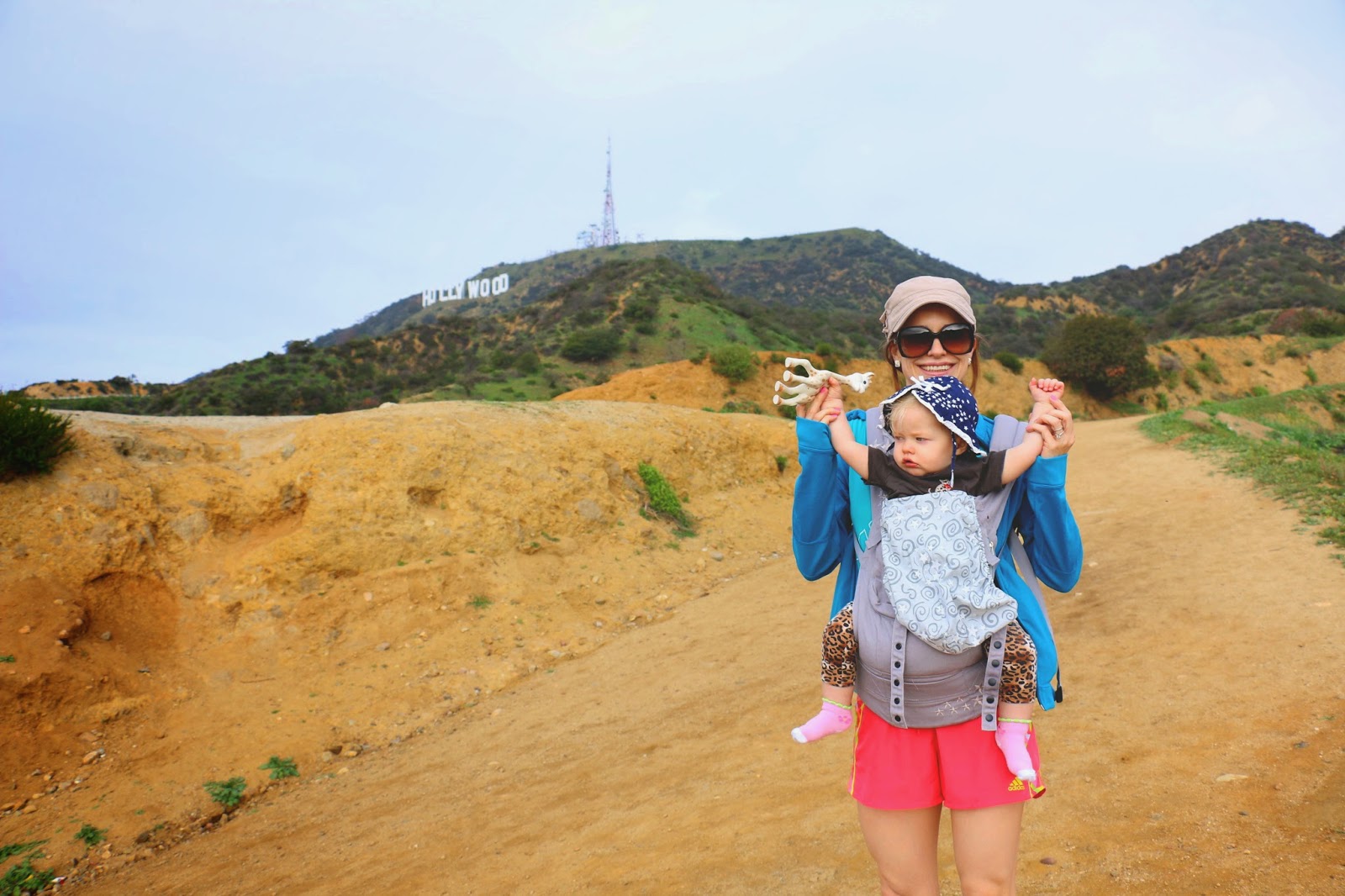 Once you make your way up, you get some pretty cool views of the city and the Hollywood Hills. You can even see Griffith Observatory at one point. The one thing about Los Angeles that a lot of people talk about is the “smog”. When we got to the top, we could definitely see this haze in the air. It made seeing the skyline nearly impossible which was a bummer. But smog or no smog, it is still a fun hike and you still get some great views of the second largest city in America.
We started heading back down around 10:30 and I felt like that was when the trails were starting to pick up. I recommend getting there early if you want the trails mostly to yourself (and for easier parking). I have to say kudos to my friend for hiking with a 18 lbs. baby strapped to her! She’s a champ! 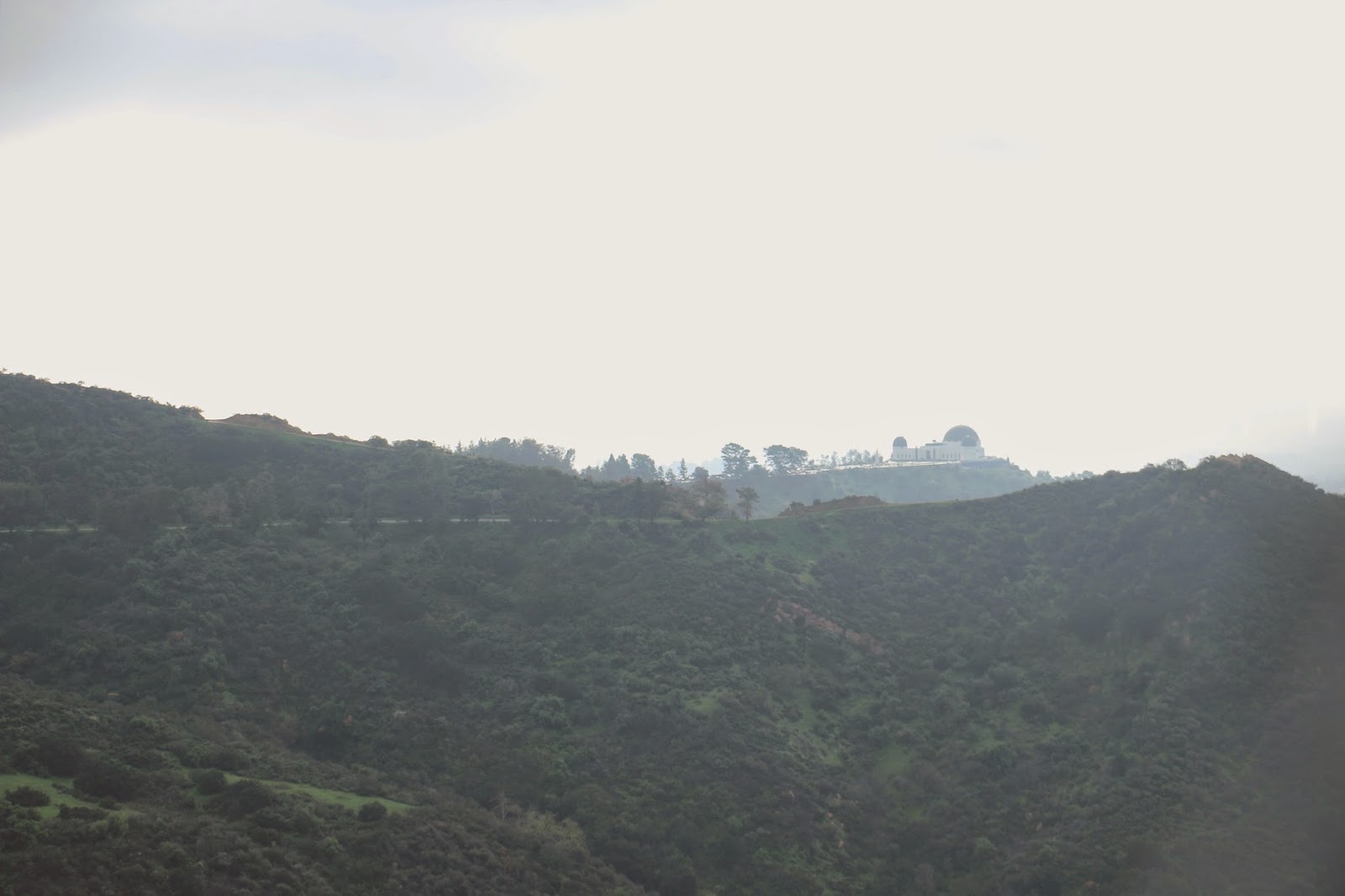 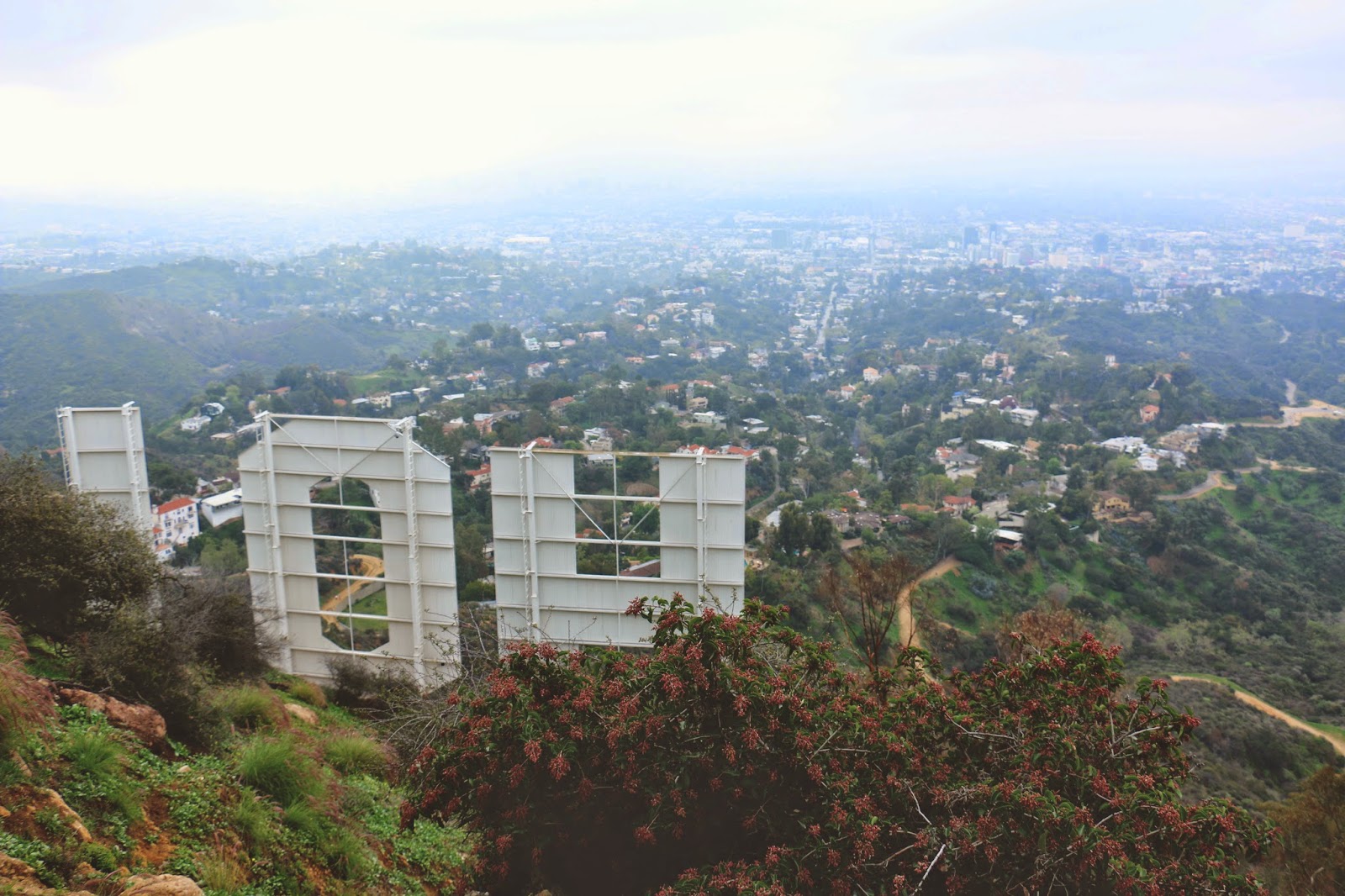 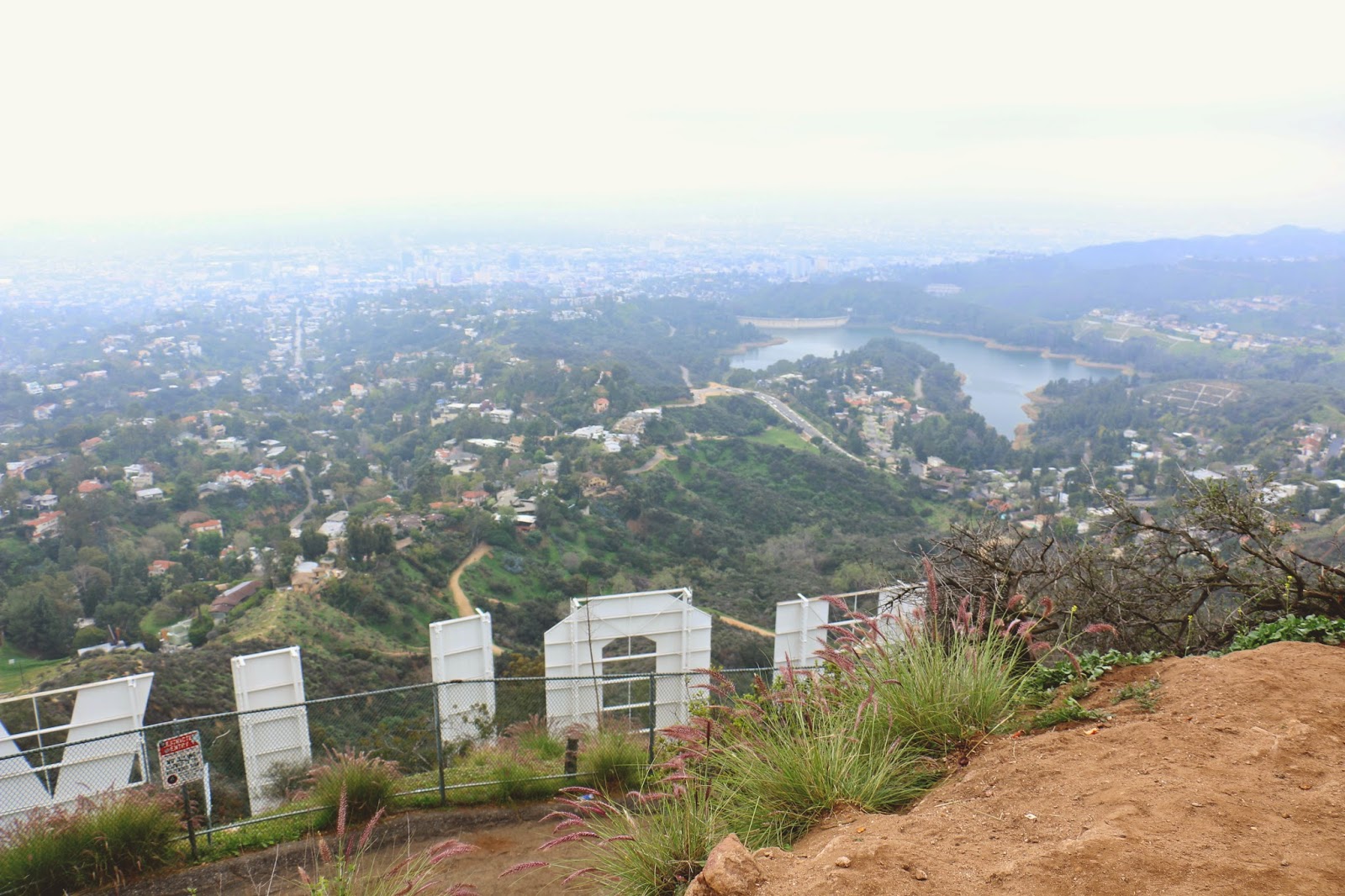 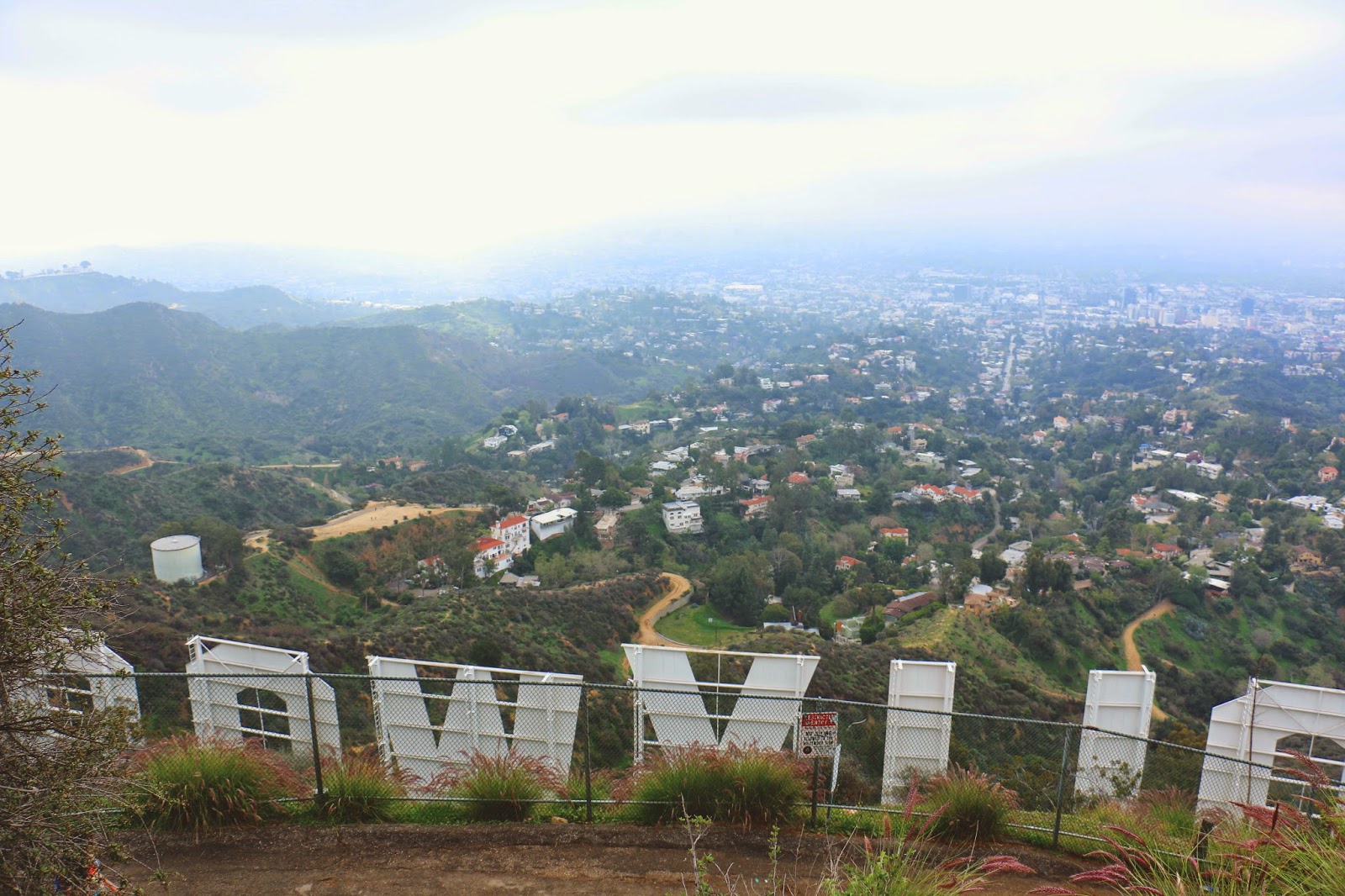 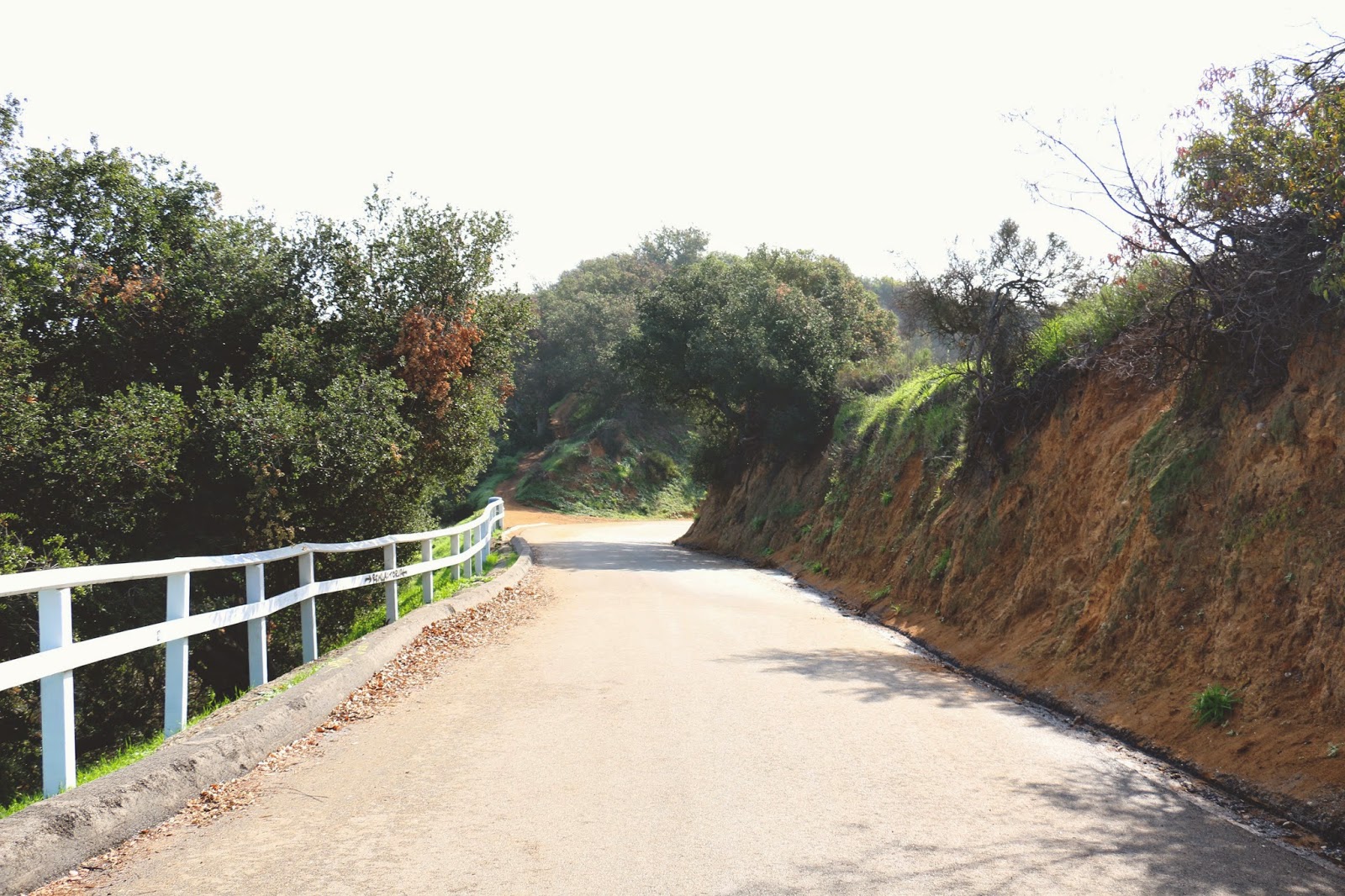 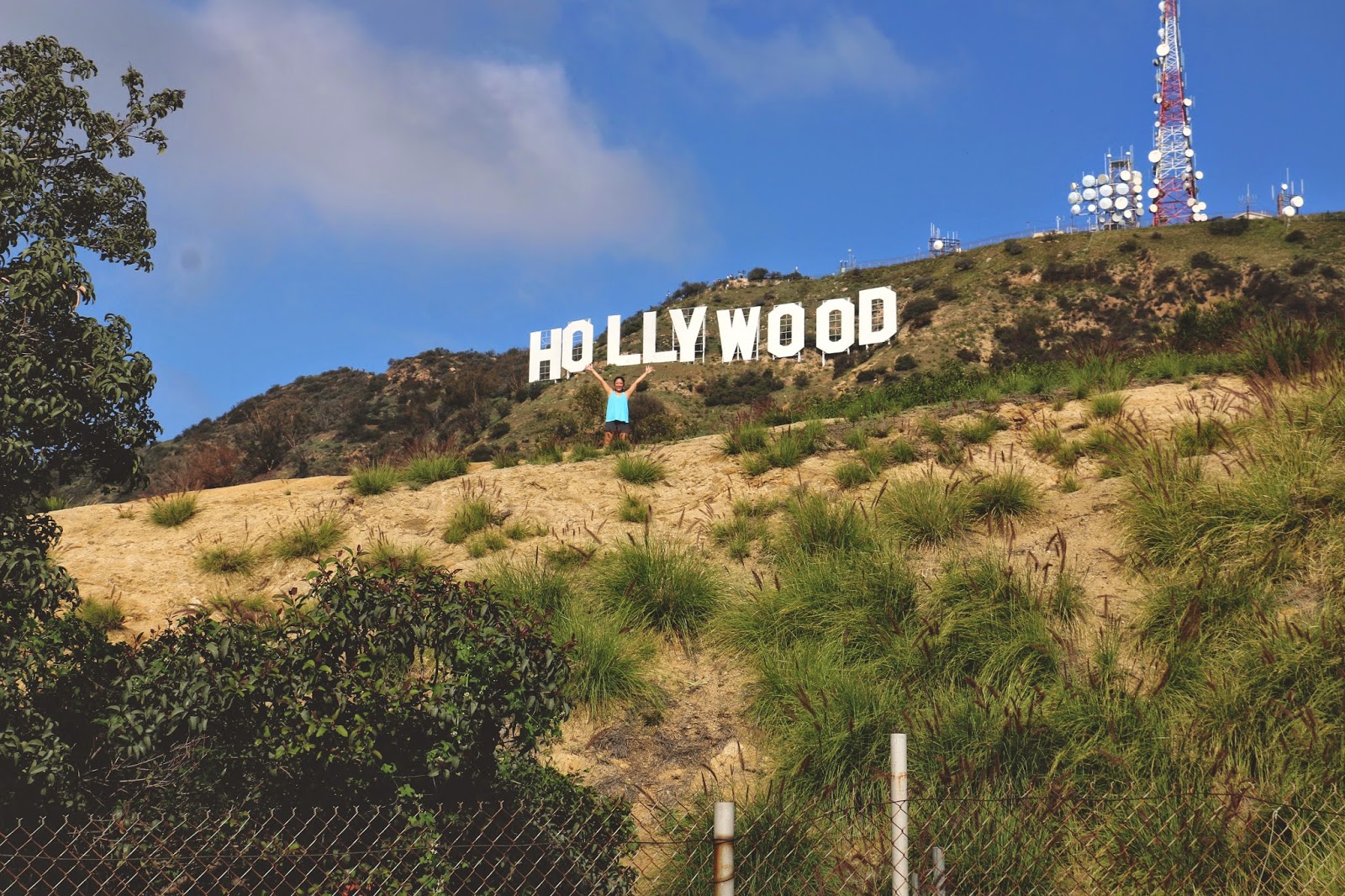 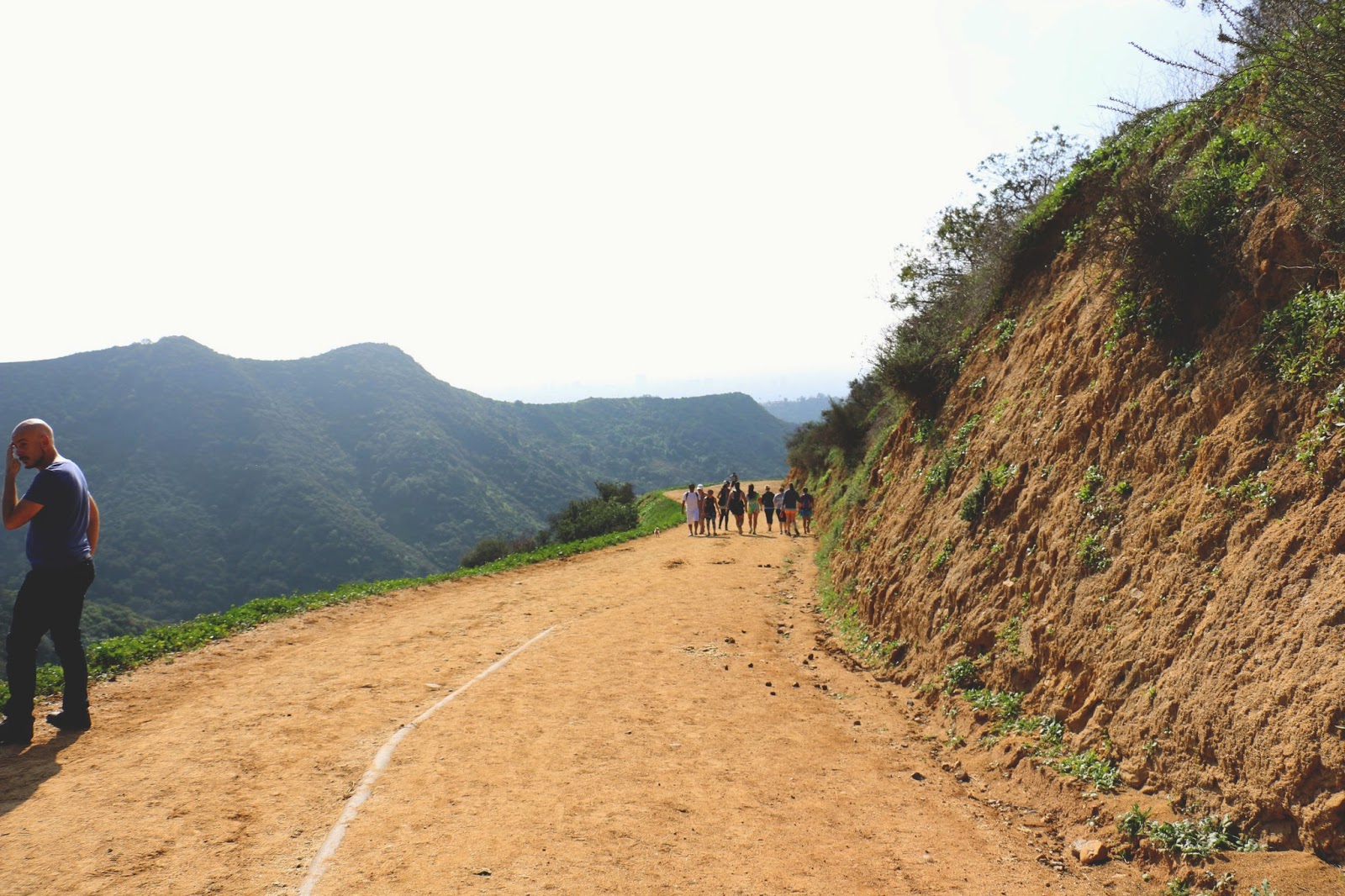 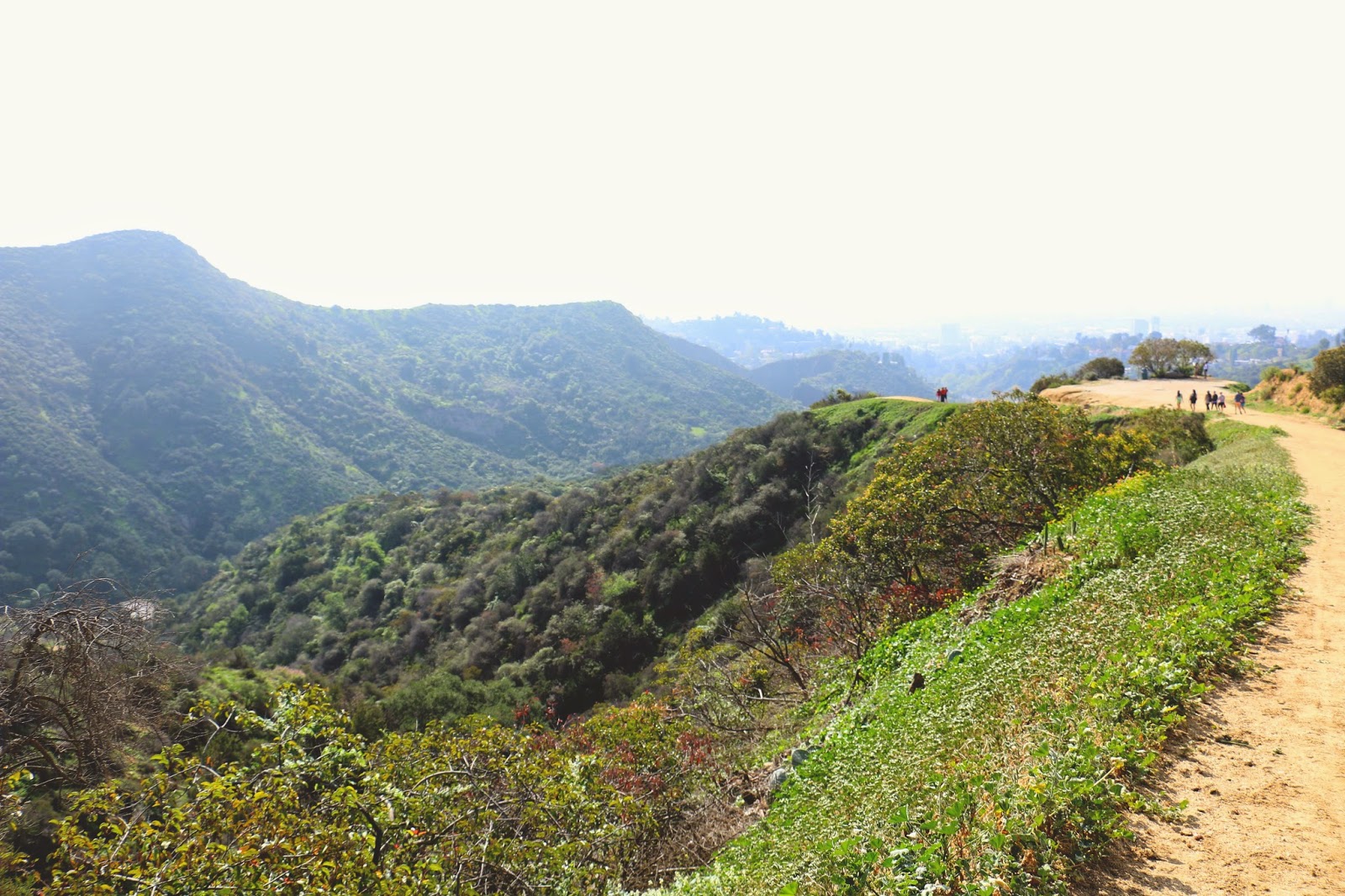 * It took us about 1.5 hours to hike from our car to the Hollywood Sign (we went to the top AND bottom of the sign) and it took us about 45 minutes to get back down to our car. 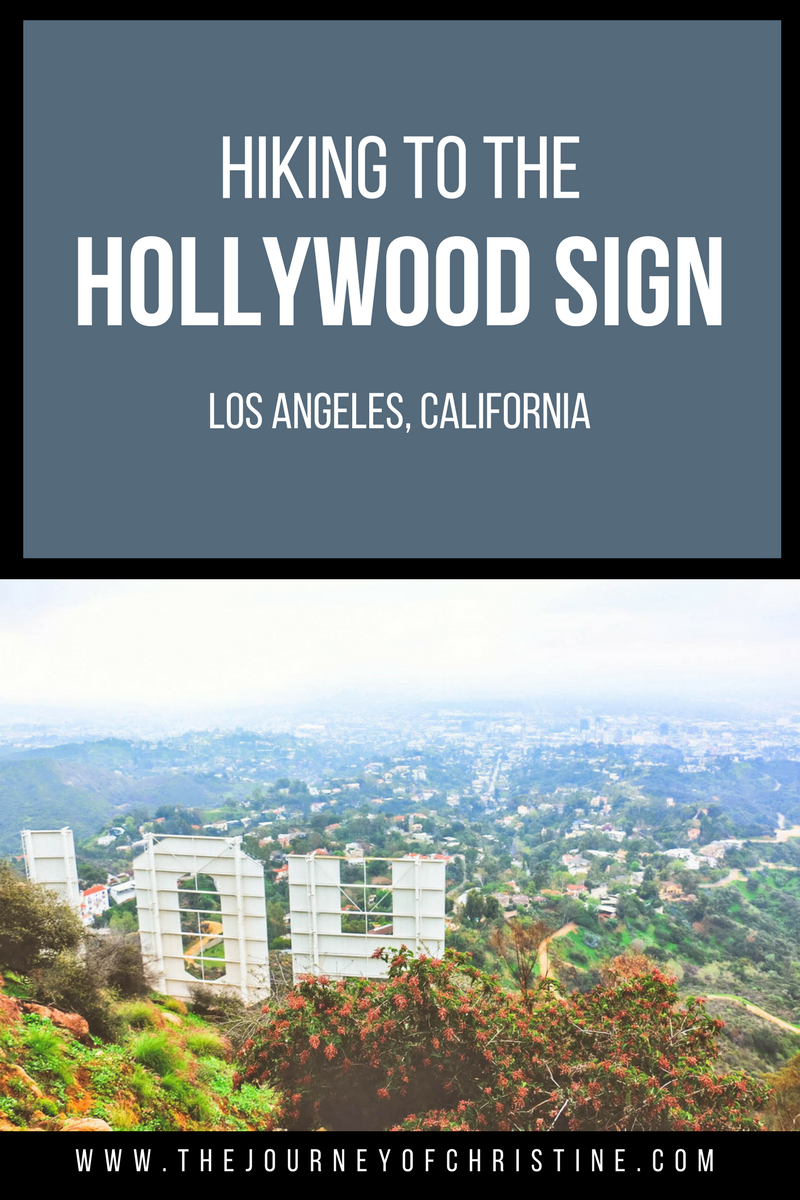 Have you hiked the Hollywood Sign before? Was it a clearer day when you went?