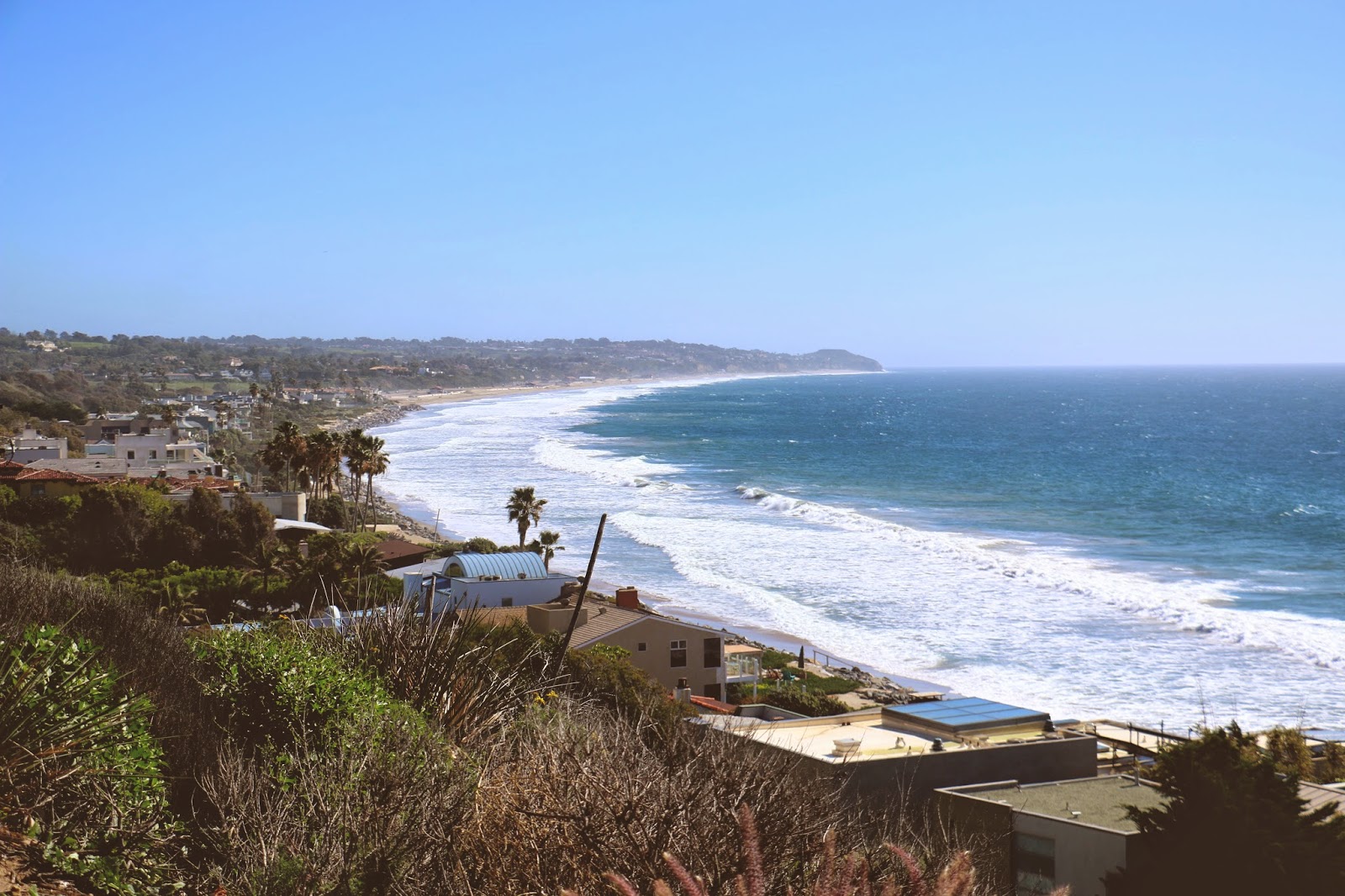 During my recent trip to Southern California, my friend and I took a mini road trip from Bakersfield to Malibu. It was such a gorgeous drive! First, we drove through fields and fields of tangerine trees, strawberries, and avocados on Highway 126. Next, we were winding back and forth through the Santa Monica Mountains on Highway 23. Sorry Sandra, I know it wasn’t as much fun for the driver! And then finally, driving along the ocean on PCH 1 and arriving in Malibu.
Malibu is a gorgeous beach city in Los Angeles. It is known for its “27 miles of Scenic Beauty” which is on signs around the city. I remember being a kid and wanting to go to Pepperdine University cause who wouldn’t want to go to a school that overlooks the Pacific Ocean in Malibu?
After a morning of driving, our first stop in Malibu was food! We had lunch at Geoffrey’s Malibu and I had one of the best salads I have ever had there, their Maine Lobster Cobb Salad! My picture doesn’t do the salad justice. What makes the salad even more wonderful is the view you get when you dine there! 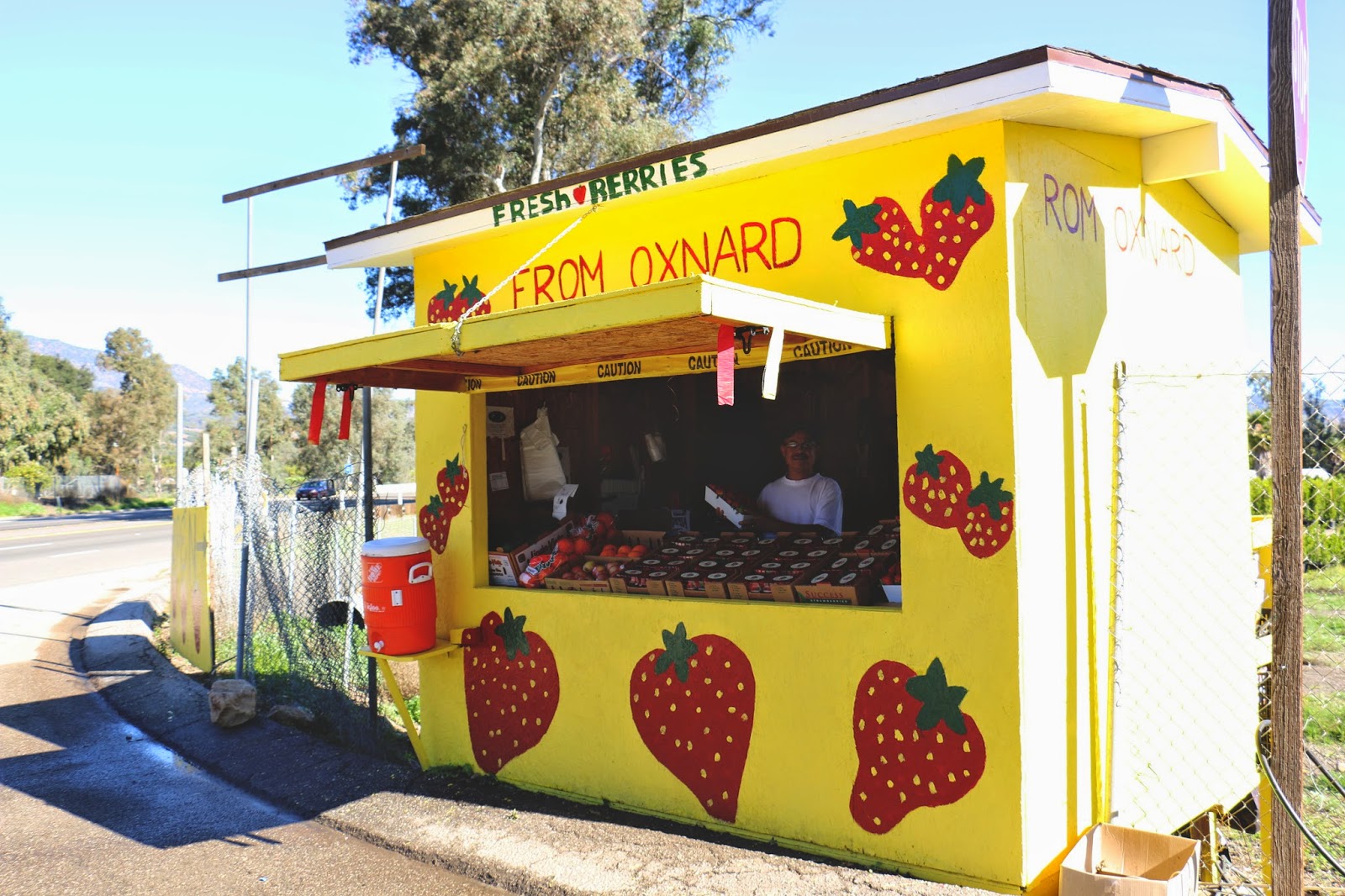 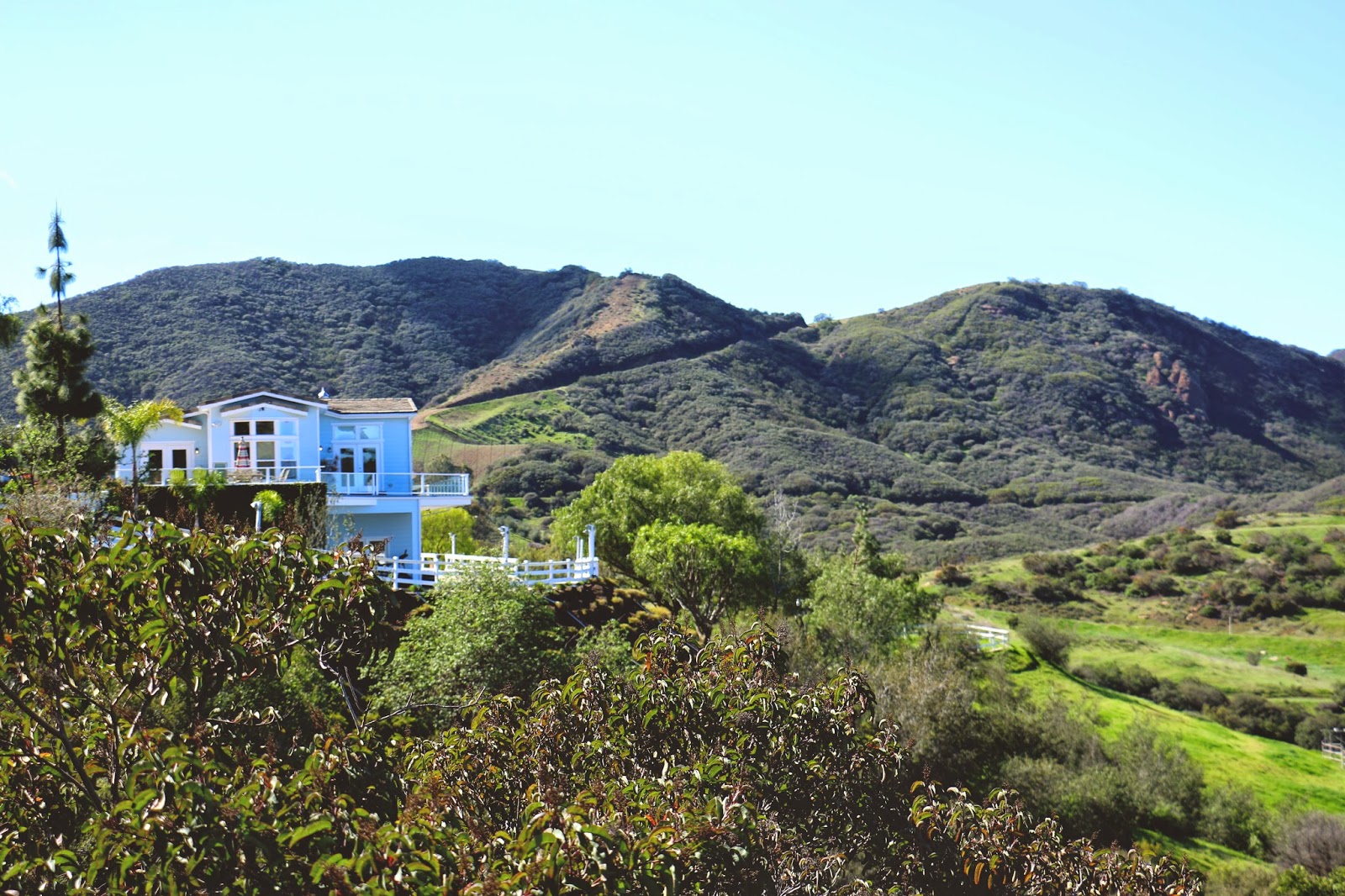 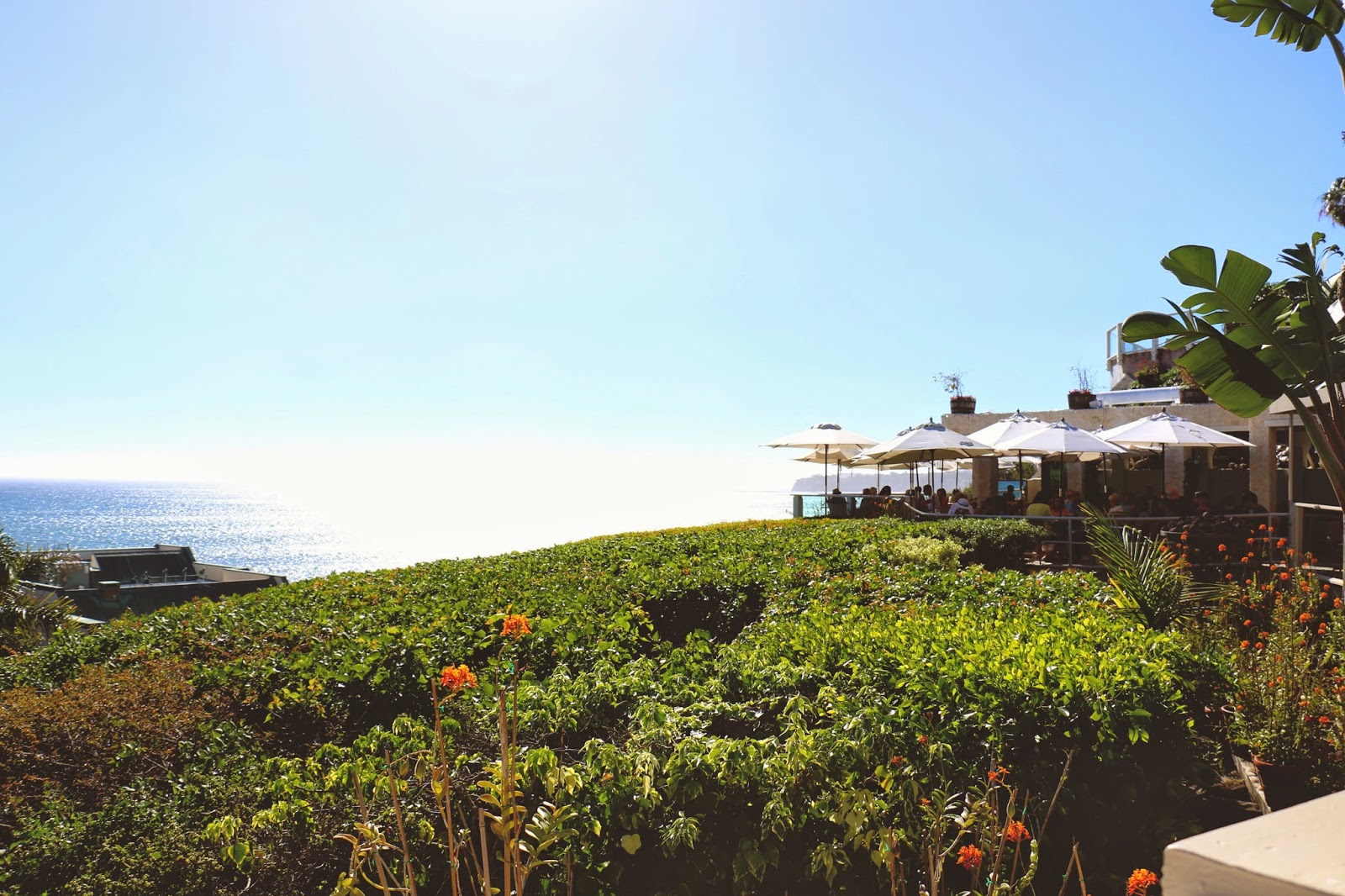 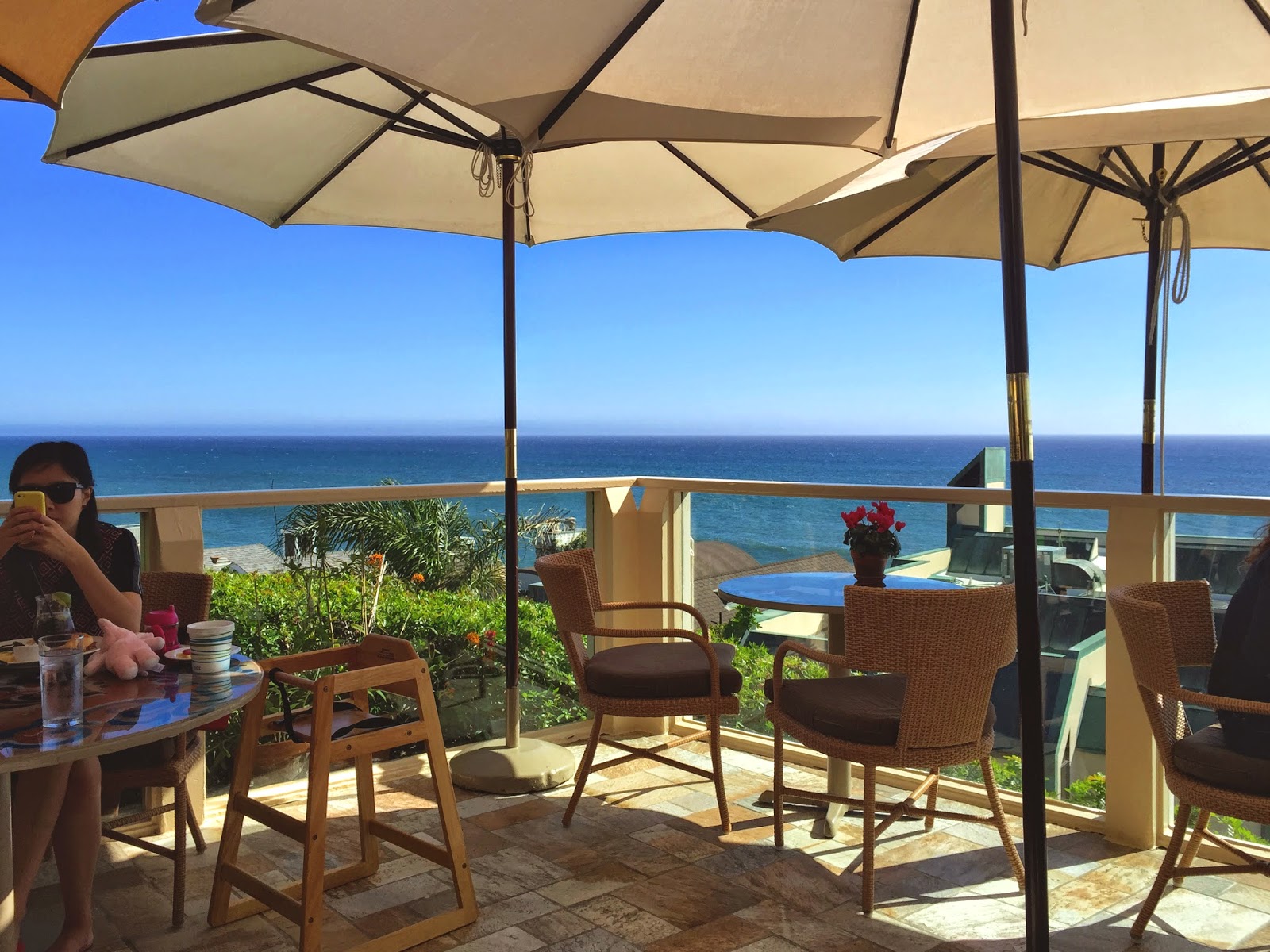 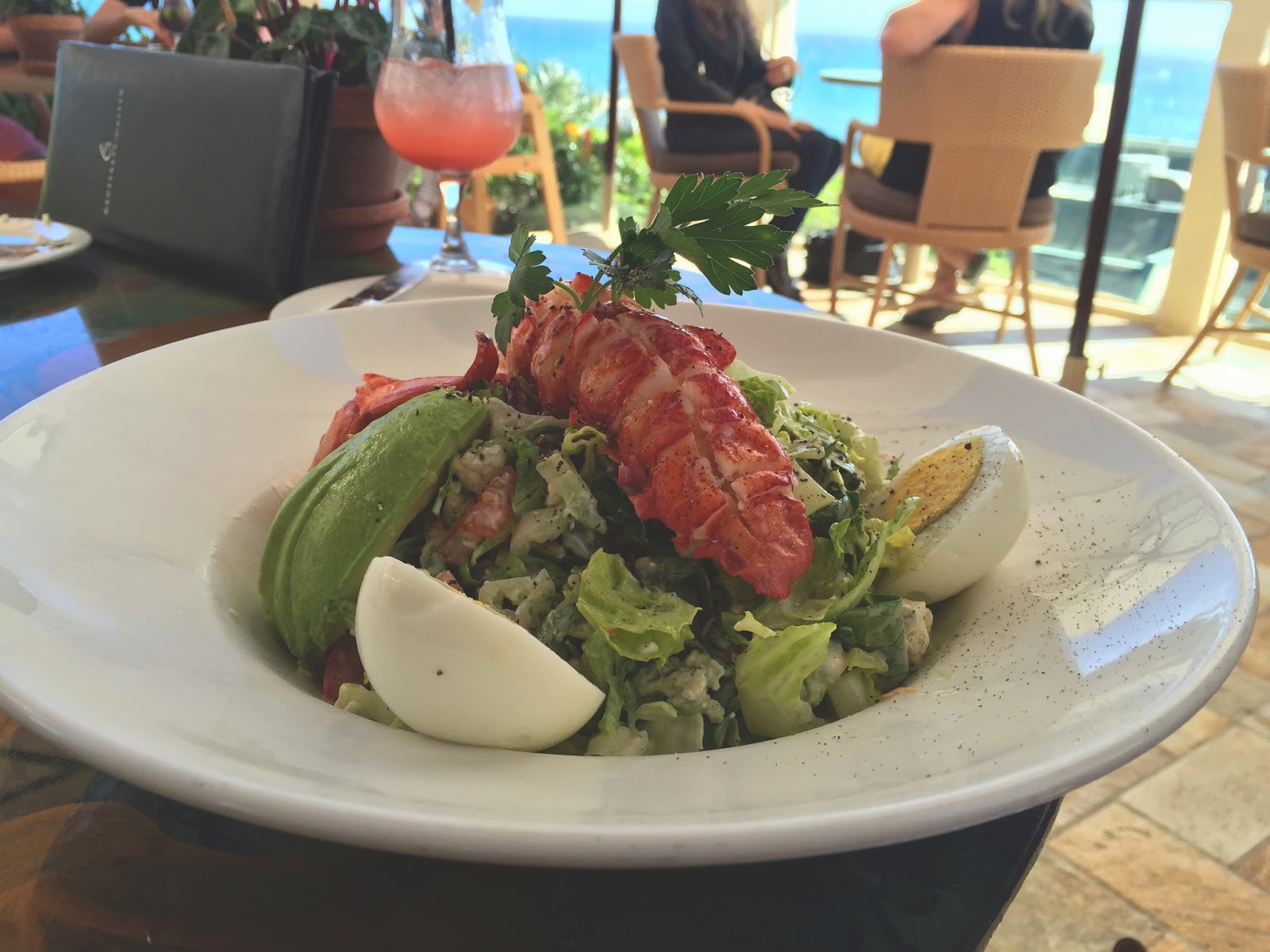 After our amazing lunch, we headed over to Zuma Beach to relax on the beach for a bit before heading down to Santa Monica. Since we were there on a Monday, we pretty much had the beach to ourselves which was nice since Zuma Beach is one of the largest and most popular beach in Los Angeles county.
As my friend has helping her daughter out of the car, I started heading down to the beach with some of our stuff and to my surprise, I saw a sea lion pup just chilling on the beach! He was only about 10 feet away from me before getting swept away in a wave… but eventually made his way back on the beach. Yesterday on Twitter, I saw an ABC news article about how California has rescued a record number of sea lion pups this year and some marine car centers have to turn away pups due to lack of room. This makes me so sad cause they are so cute! I mean, look at him, cuteness overload! I really hope someone rescued him that afternoon.
After relaxing on the beach a bit after our sea lion excitement, we headed south on PCH 1. We passed by, I’m sure, dozens of celebrities homes right on the beach and we made a stop at the Malibu Country Mart for drinks (and to see if there were any celebrities there, ha) before making the rest of our drive down to Santa Monica (later post). 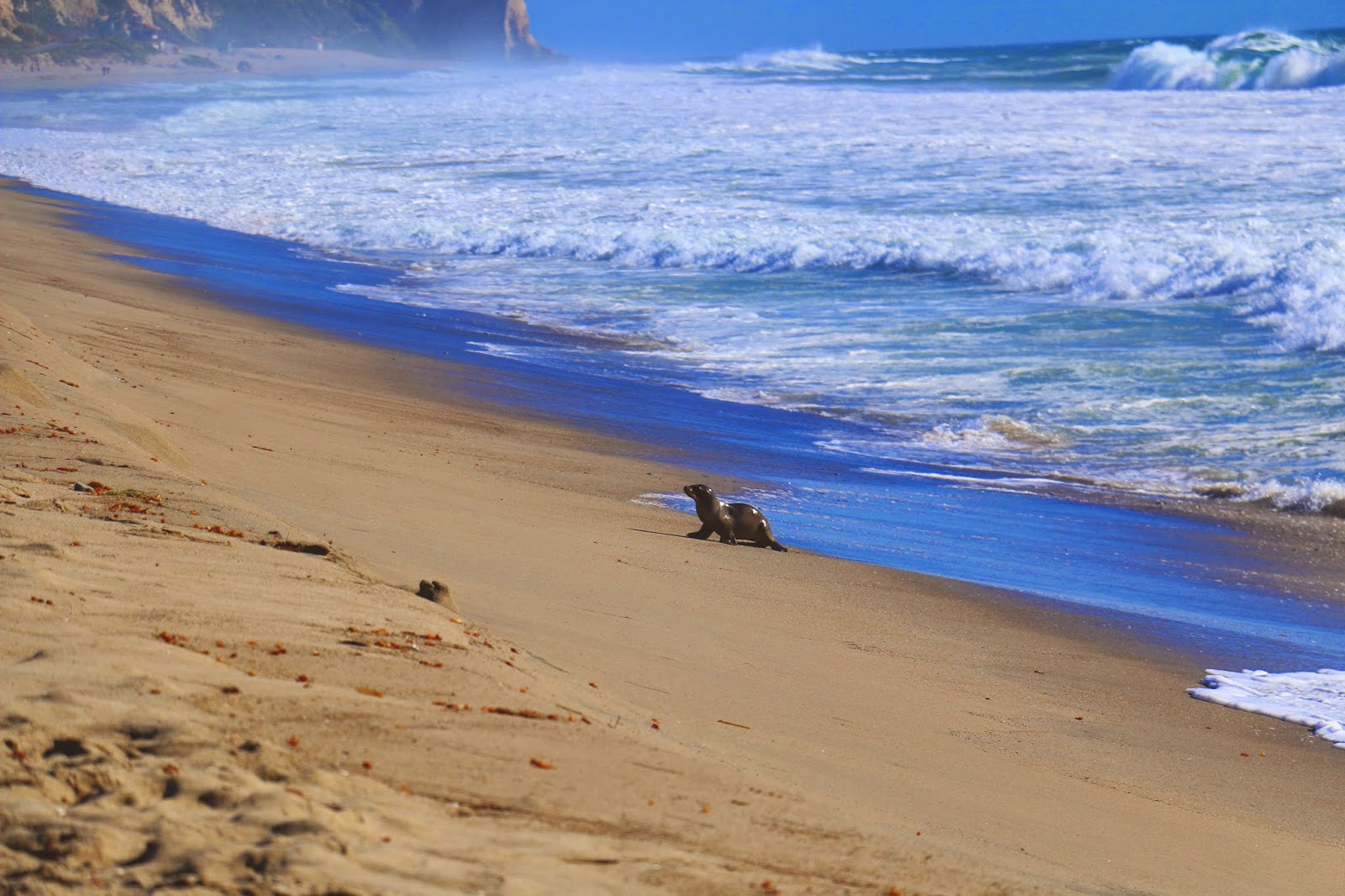 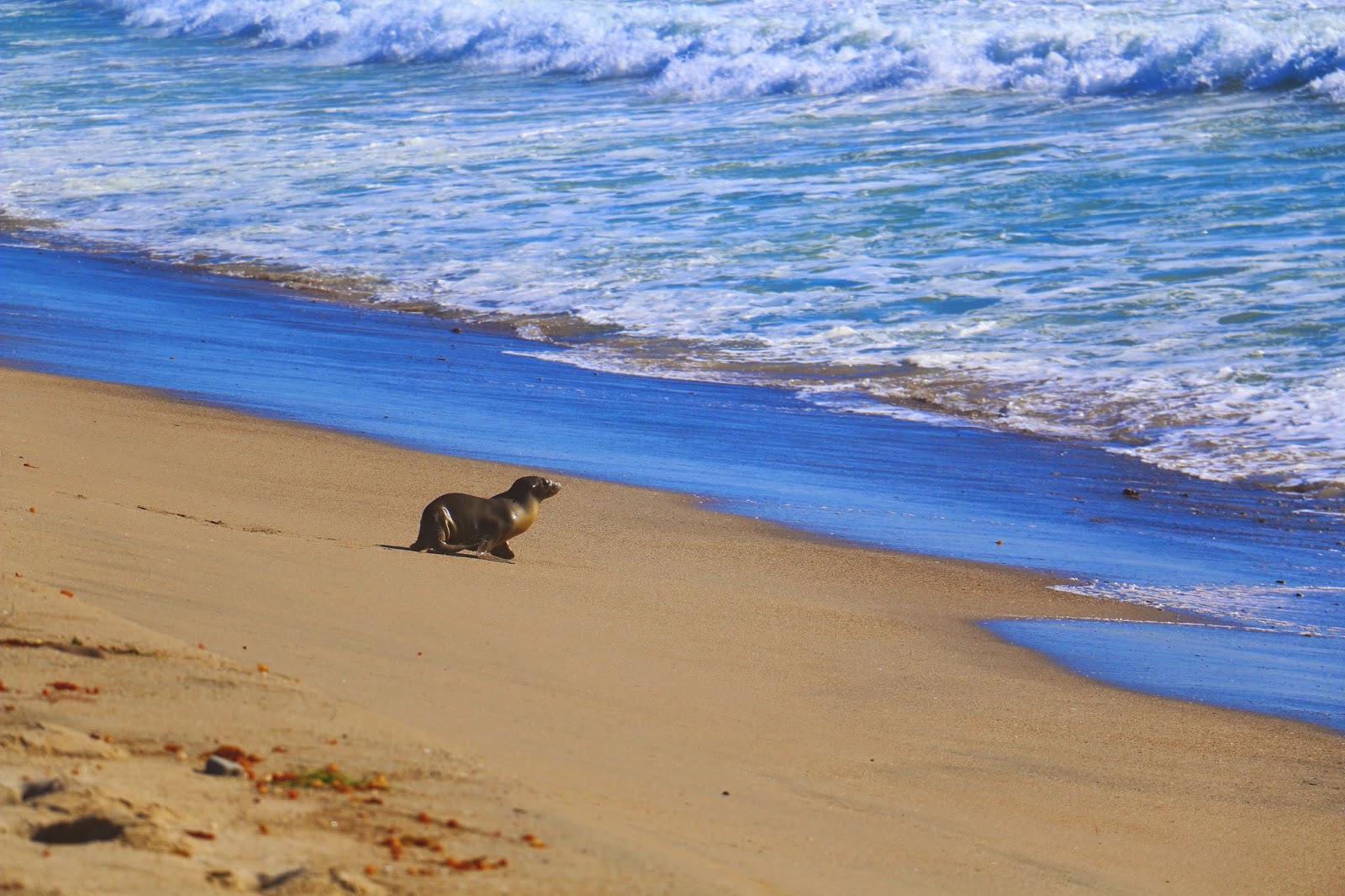 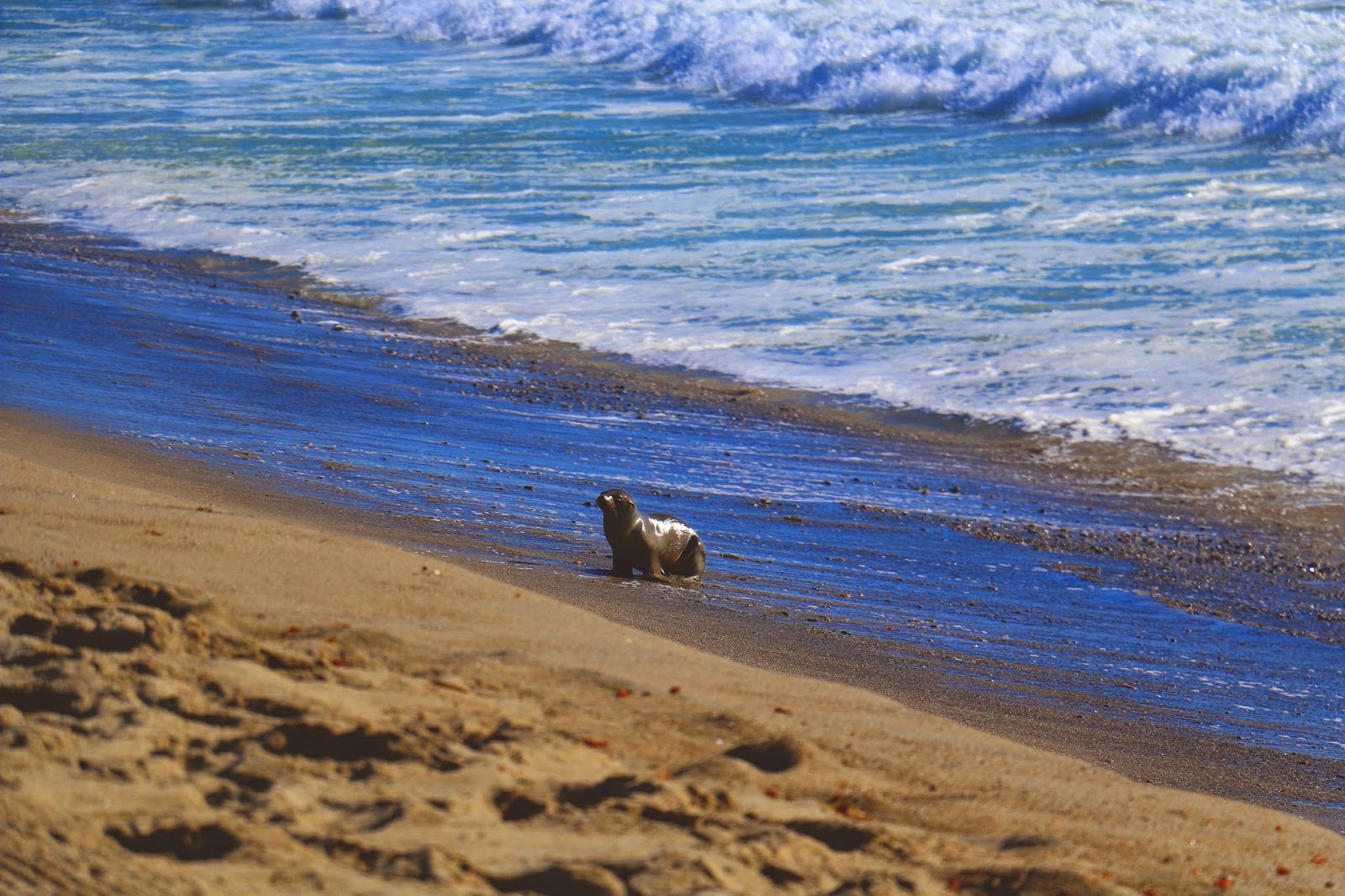 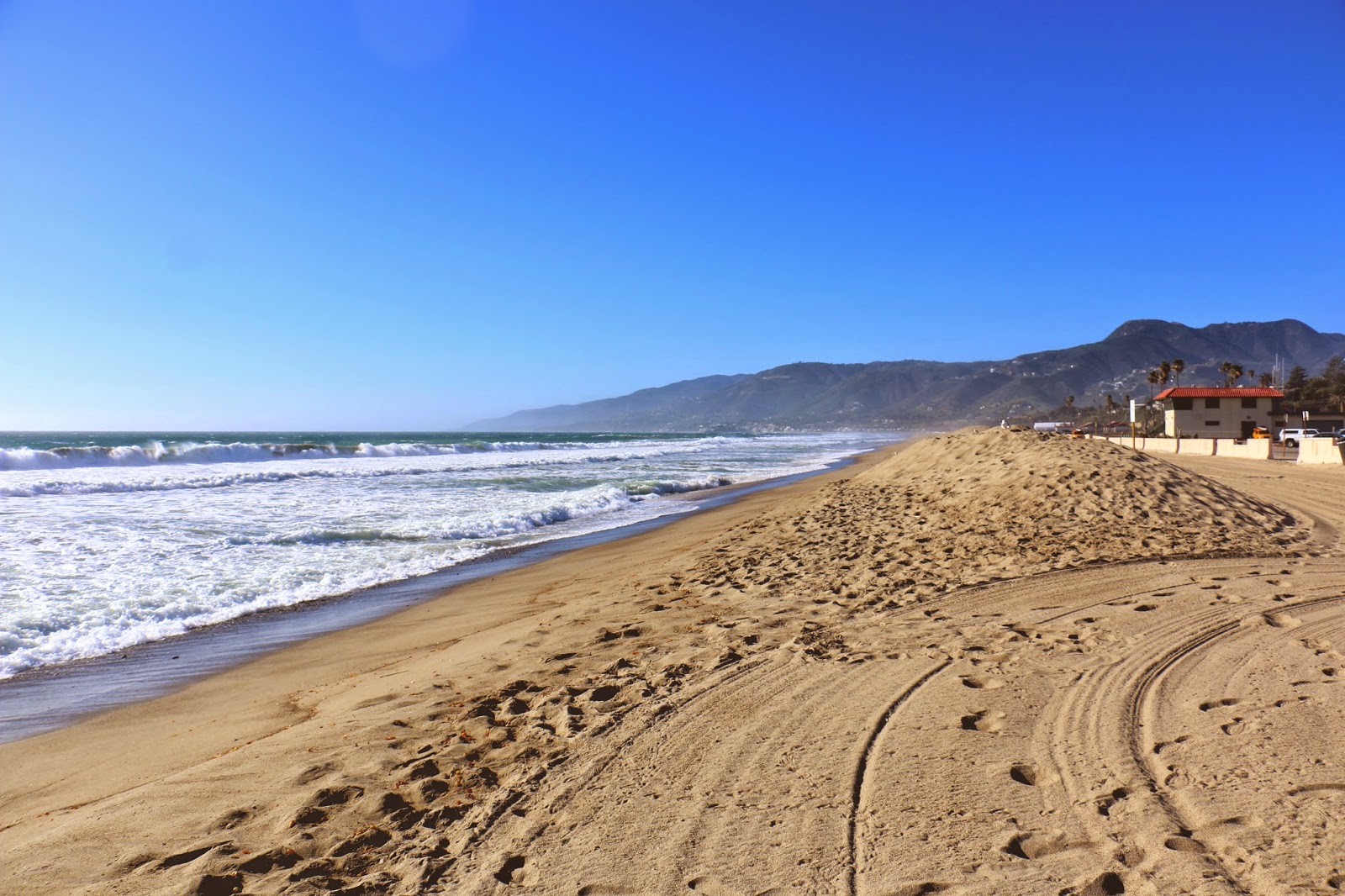 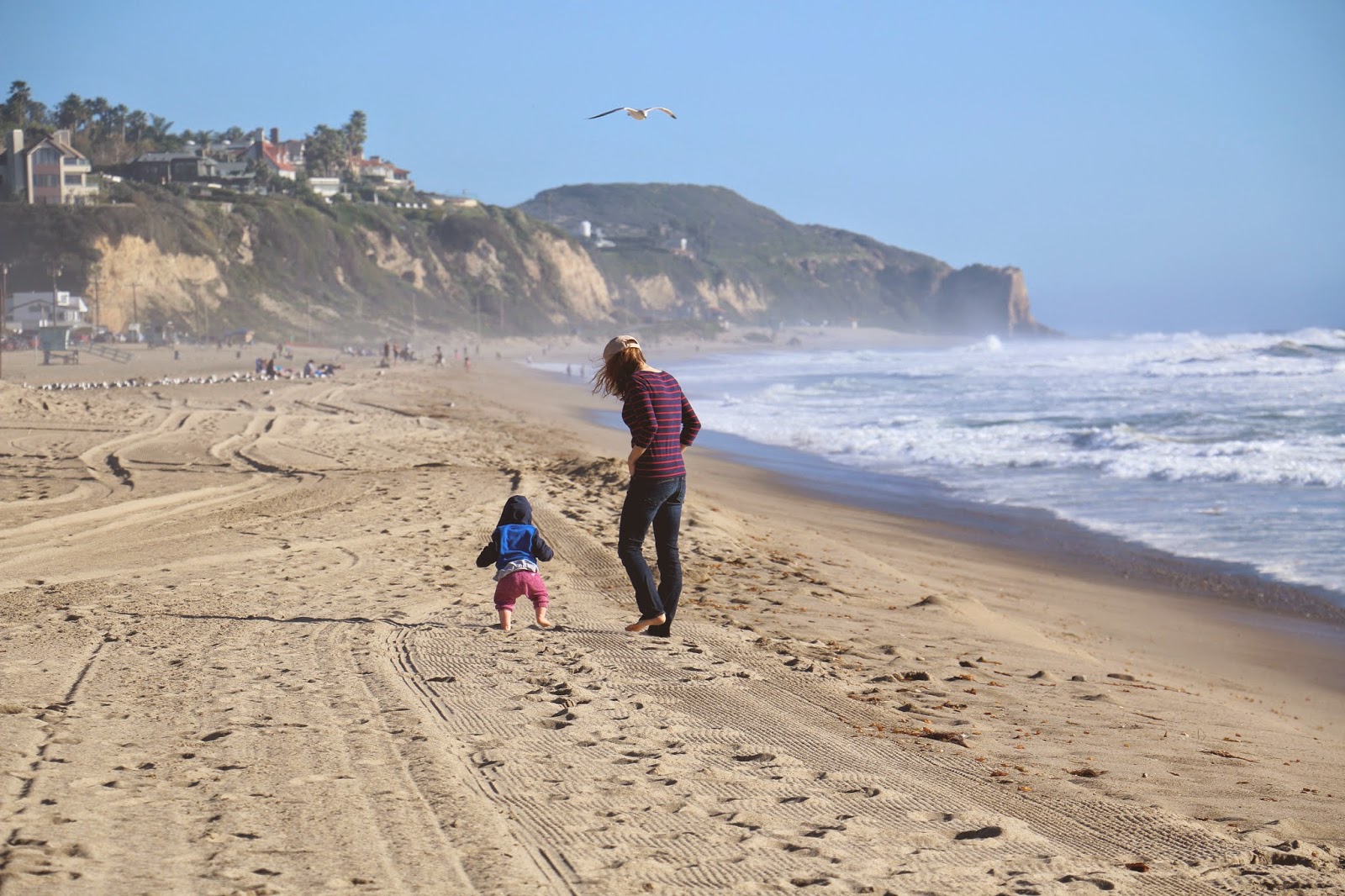 What is your favorite beach city in California?